Two children killed, three others wounded by hyenas in Kwale

Minors were with their mother who was burning charcoal before the incident happened.

• Angry residents who responded to the cry of help decided to attack the hyenas and managed to kill one, the other disappeared in the bush.

• Kinango police have confirmed the incident. 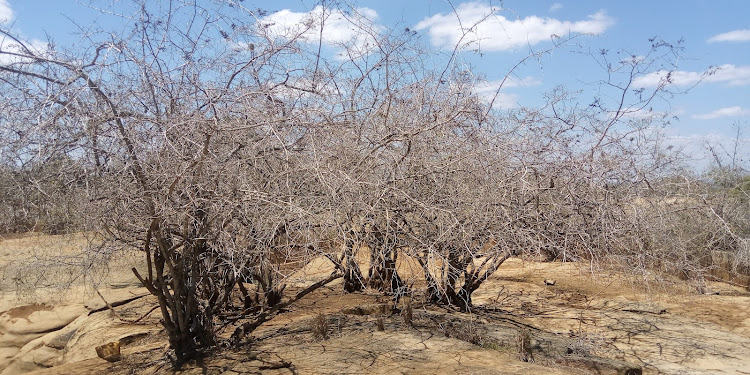 Two children have been killed and three adults seriously injured by hungry hyenas at Baisa village in Kinango, Kwale County.

The deceased Lugo Nyale,2, Mbodze Nyawa, 1, died on the spot after two hyenas attacked and fed on their brains.

Kinango police have confirmed the incident.

According to the residents, the minors were with their mother Mulongo Tsimba who was burning charcoal before the incident happened.

It is said Mulongo tried to defend the children from the vicious hyenas but to no avail.

She later ran for help from the nearest neighbours to rescue the young souls but the hyenas had already killed the two.

The angry residents who responded to the cry of help decided to attack the hyenas and managed to kill one, the other disappeared in the bush.

The three are currently receiving treatment at Samburu sub-county hospital.

The bodies of the two children were taken to Kinango mortuary for postmortem.

The hyena carcass was sent to the KWS vet laboratory for further examination.

Almost 90 percent of the Kinango water sources are reported to have dried up leading to water and food scarcity as animals and wildlife compete for the remaining crucial commodities.

Three days ago a herd of elephants stormed Mrunguruguni village within Kinango causing the disturbance.

Last year, a lion attacked and killed livestock in Sagalato and Boyana villages and injured others in Matuga.

The attack comes some days after the Principal Secretary for Tourism Safina Kwekwe warned residents against harming wild animals.

Kinango residents have been complaining about wandering dangerous wild animals that cause massive destruction on property.

The locals are now calling for KWS's immediate intervention as they expressed fear for their lives and property.