They are considered endangered due to their slow reproduction rate 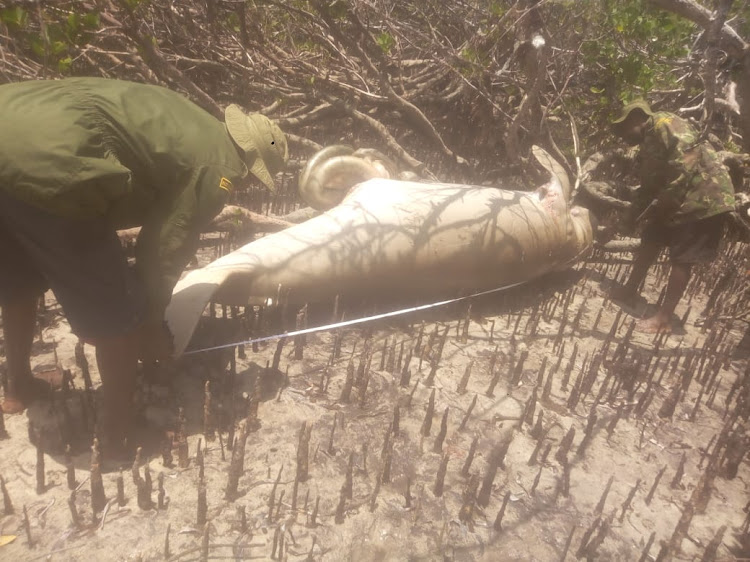 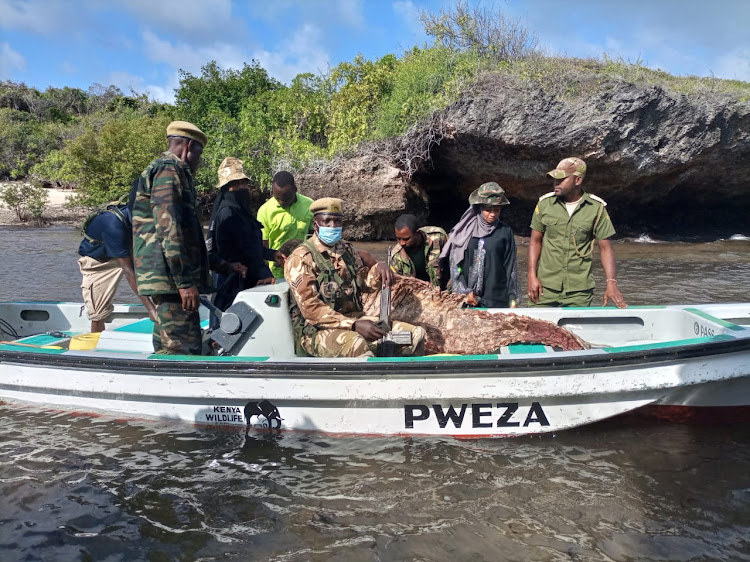 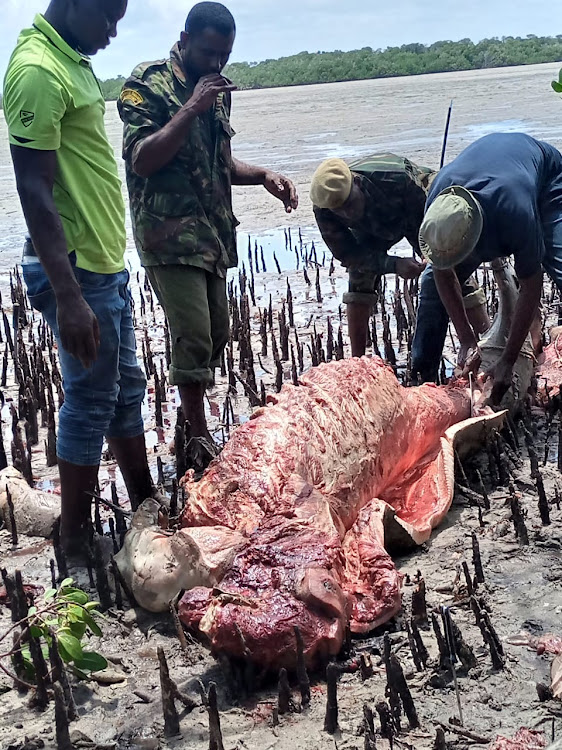 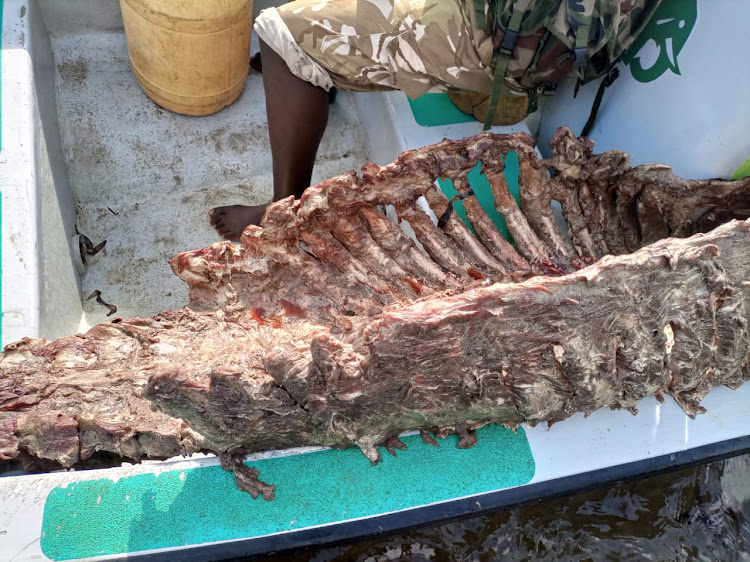 The carcase of the endangered dugong, a marine mammal that eats seagrass, has been found by rangers at Block Pezali locationi, Shanga-Ishakani, Lamu East.

Dugongs, also known as sea cows, are large grey marine mammals that are related to elephants. They give birth, breastfeed their calves and have a whale-like flat tail that flippers up and down as they move.

“We don’t know the cause of its death yet but suspect it was an infection as it had a very big wound. It could have gotten injured after it got trapped in the mangrove trees where we found it,” Hashim said.

Officers from the Kenya Wildlife Services moved the carcass to Nairobi, where it will be preserved and used for exhibition purposes for visitors and researchers.

PMCC has called for concerted efforts to ensure endangered species at the Kenyan coast are well preserved and protected.

“It’s unfortunate that we didn’t catch the dugong in time to save it but that remains our mission. I am however grateful to the KWS, Kenya Fisheries Service, the government of Lamu, The Nature Conservancy and Northern Rangeland Trust for supporting our vision to improve the livelihoods of our community through the conservation and sustainable use of natural resources,” Hashim said.

Lamu county KWS commander Mathias Mwavita urged mariners to exercise caution while at sea not to hurt endangered animals such as the dugong.

“This is evidence that Lamu is home to these rare mammals. Let mariners be careful when out there so that we can keep them safe,”  Mwavita said.

Along the Kenyan Coast, dugongs are only found in Kiunga in Lamu, Kilifi county and some parts of the South Coast but are still hard to sight.

These endangered mammals have, however, not been sighted in Kenya's coastal waters for years.

These mammals are unique and considered endangered due to their slow reproduction rate.

Mwavita noted that dugongs continue to be threatened by a myriad of human activities, including direct human exploitation, habitat loss and destruction and accidental capture during fishing expeditions.

“Dugongs have a very slow reproduction and growth rate. They give birth to a single calf at three to seven-year intervals. This means their population is valuable as it's very slow to come by," Mwavita added.

In 2000, a young dugong was caught in gillnets by fishermen in Lamu but was later released into the ocean.

In 2017, a mature adult dugong was found dead in a gillnet in Msambweni, Kwale.

It is estimated the remaining population of dugongs in Kenya is less than 10, but an aerial census survey led by the Kenya Wildlife Service in 2017 recorded zero sightings of the marine mammal whose lifespan is up to 70 years and above.