CS says young people form 75 per cent of the population, have power to pick the right leader 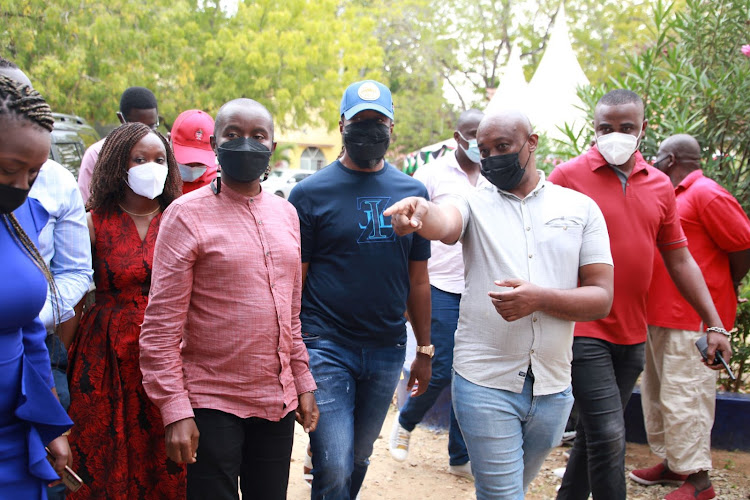 ICT Cabinet Secretary Joe Mucheru has accused some political leaders of using tactics akin to those of white settlers who came to Kenya to colonise the country and warned youth against them.

Without mentioning names, Mucheru said some politicians were using the tactics the missionaries used to introduce Christianity to Africans in a bid to make them abandon their cultural ways and embrace a new religion.

Speaking in Mombasa on Sunday where he was attending a consultative meeting of the youth organised by the Youth Advisory Board at Swahilipot, the CS said the first thing the white men did when they came to colonise Kenya was to poison citizens' minds.

“They said heaven would be for the weak, meek and poor, and because we wanted to go to heaven and we were rich with our shambas, there would be a problem," he said.

“They told us it would be easier for a camel to go through the eye of a needle than a rich man to go to heaven.”

“The reason I am saying this is because I’m seeing we are being cheated again,” the CS said.

He said there are leaders who preach poverty offering wheelbarrows in an era where the globe is becoming an interconnected village through ICT.

The CS said young people in Kenya form 75 per cent of the population and have the power to ensure Kenya is led by someone worthy of leading the country.

“You can elect yourselves or  elect able people that you feel will represent your actual ideas, plans and the things that you want to do,” Mucheru said.

His sentiments were echoed by Mombasa Governor Hassan Joho who  said some leaders were evoking hatred among the youth by constantly reminding them of their poverty.

“It hurts me to see a leader like me step on the podium to remind you how poor you are,” he said.

The governor said that is meant to escalate emotions to breed hatred, with no solutions provided to problems that face the youth.

Joho tore into the bottom-up economic model propagated by Deputy President William Ruto saying it does not make any sense.

The governor said any economic model has to be interactive and be made in a way that the voice of the youth is heard.

“Who came to ask for your opinion about this bottom-up model?” posed Joho.

He said Ruto is trying to replicate a model from another country without crucial factors that determine an economic model like the country’s terrain and policy issues.

“Ati you will give youth Sh30 billion. Have you looked at policies and determined whether they are progressive to empower the youth?” posed the governor.

Thorough research and proper interaction, he said, helps one to understand underlying issues and find ways to solve them.

“It might be that our laws are more problematic than the money,” said Joho.

“Then someone has the audacity to come and tell us that we are going for the bottom-up? How? You cannot even define it,” Joho said.