• In an interview with the Star, Abdulswamab declared he is not fighting for the ODM ticket but to be Mombasa governor in the 2022 General Election.

• The Mvita said the final decision will be made by the people. 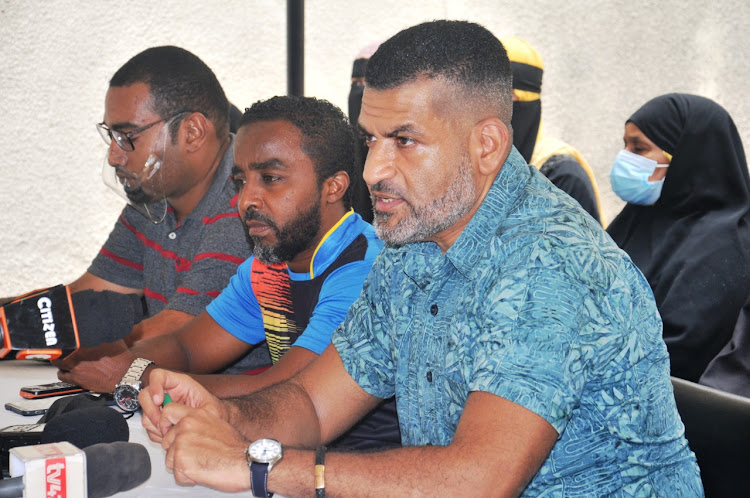 WE RESPECT THE COURTS' DECISION: Mvita MP Abdulswamad Nassir during a press briefing in his office.
Image: LABAN WALLOGA

In an interview with the Star, Abdulswamab declared he is not fighting for the ODM ticket but to be Mombasa governor in the 2022 General Election.

“While I can’t say the ODM ticket is ours for the taking, but equally I am not asking for endorsement or anything but some things are logical. Some people have changed parties like 10 times surely,” the legislator said.

He said the final decision will be made by the people.

“Let the voters themselves decide on the ballot. There should not be a falling out at the party. If they decide that we are ahead, it should be very clear to them as well,” the Mvita MP said, saying he has been an ODM member for more than 10 years.

Abdulswamad was alluding to former Mombasa gubernatorial aspirant Suleiman Shahbal who left Jubilee in July this year and rejoined ODM as a life member.

He has also been seen with ODM leader Raila Odinga during his Coast visits, pitting him against Abdulswamad who is also seeking to succeed Joho.

Shahbal vied for the county’s top post in the 2017 general elections under the Jubilee ticket, losing to Governor Hassan Joho.

In 2013, Shabal had vied for Mombasa governor on Kalonzo Musyoka’s Wiper ticket after he left ODM. He also lost to Joho in the race. The county is one of ODM’s key strongholds.

Abdulswamad said he has represented his people in and outside Parliament and it is now his time to be governor.

He says Governor Joho has tried despite the challenges he has faced, if he becomes the county boss, he would ensure better communication and public participation.

“Some things that people need to do should also have been done quicker. The people need to know what is happening and where their money is going,” he said.

“After the projects are done, people need to be told what has been done.”

Mombasa politician launched his political career in ODM in 2013 but decamped to Wiper then to Jubilee.
Counties
7 months ago
by ELIUD KIBII Subeditor and writer
Coast
12 September 2021 - 22:00