•The animals move out in search of food and water, interfering with human wellbeing with Kinango being the hardest hit.

•The commonly spotted animals are jumbo elephants, buffaloes, lions, aggressive baboons and monkeys who escape the parks to people's residences. 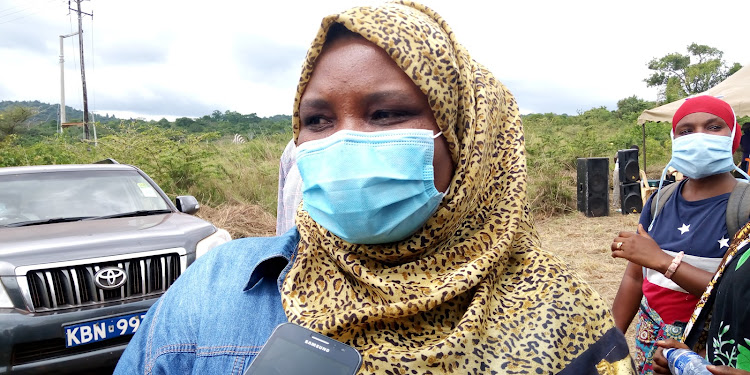 The region has of late experienced increased human-wildlife conflict due to intensified drought.

The animals move out in search of food and water, interfering with human wellbeing with Kinango being the hardest hit.

They mainly come from the Shimba Hills, Tsavo East and West national reserves.

The commonly spotted animals are jumbo elephants, buffaloes, lions, aggressive baboons and monkeys who escape the parks to people's residences.

Kwekwe said there is no need for residents to attack the animals saying the act would only cause more trouble.

“Don't try to fight the animals, you will be risking your lives,” she said.

The PS said residents should immediately notify the relevant authorities for assistance if they come across any dangerous or destructive wild animals.

She said the wildlife are constitutionally protected and harming them is contravening the law.

Some of the cases were reported in Silaloni, Busho, Nyango among other villages.

Kwekwe said residents should report any form of damage to the Kenya Wildlife Service for compensation.

“If a life is lost, a person is injured or crops destroyed inform the nearest KWS officers for appropriate action to be taken,” she said.

Cases of wildlife harming residents and livestock have been rampant in the region.

Last year, a lone lion killed some livestock in Sagalato and Boyana villages and injured others in Matuga.

In previous years, elephants and buffaloes were reported to have attacked, injured and killed residents in Godo, Lunga-Lunga subcounty.

Kanyiri told them to work in close cooperation with KWS officers to help address the problem.

“We are aware of the issue, and I would like you to support the officers,” he said.