Why fish will continue declining at the Coast

•The report said the 1998 disturbance of corals killed 8 per cent of the world’s coral.

•Coral degradation, therefore, has consequences for those who rely on fishing. 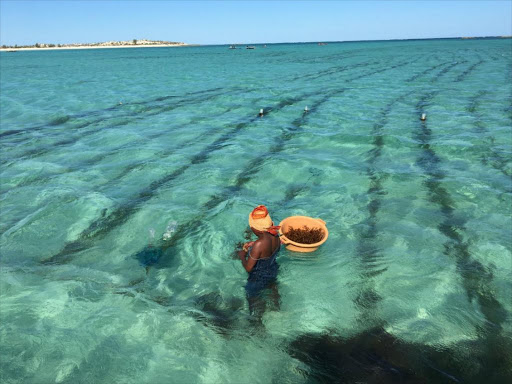 A sharp decline in coral cover is set to be recorded as a result of the rapid changes in sea surface temperatures, a new report has shown.

The report indicates that corals are likely to decline further as global temperatures continue to rise.

The report said the 1998 disturbance of corals killed 8 per cent of the world’s coral.

“Subsequent disturbance events, occurring between 2009 and 2018, killed 14 per cent of the world’s coral,” the report said.

Increases in the number of algae, a globally recognised indicator of stress on coral reefs, were associated with declines in the amount of hard coral.

Mass bleaching occurs when corals are stressed by changes in conditions such as temperature, light or nutrients.

They expel the symbiotic algae living in their tissues, causing them to turn completely white.

Experts blame this on climate change and human activities, such as dumping waste, mangrove cutting and sedimentation.

Healthy corals provide shelter for many species of tropical animals that rely on the structure provided by corals for their homes, and others find food that shelters in the crevices of stony corals.

Coral degradation, therefore, has consequences for those who rely on fishing.

Before the bleaching, corals along the coastal waters occurred in shades of olive green, brown, tan and pale yellow.

The more they bleached, the more fish stocks dwindled.

Coral reefs are home to so many species they often are called the rainforests of the seas.

The report said since 2010, almost all regions have exhibited a decline in average coral cover.

Projections of increased sea surface temperatures in the future suggest coral reefs will experience further declines in the coming decades.

The report said increases in global average coral cover between 2002 and 2009, and in 2019 suggest that many of the world’s coral reefs remain resilient and can recover if conditions permit.

The report said reducing local pressures on coral reefs to maintain their resilience will be critical while global threats posed by climate change are addressed.

“Monitoring data collected in the field are essential to understand the status of, and trends in, coral reef condition,” the report said.

Coral reefs occur in more than 100 countries and territories and whilst they cover only 0.2 per cent of the seafloor.

They support at least 25 per cent of marine species and underpin the safety, coastal protection, wellbeing, food and economic security of hundreds of millions of people.

However, coral reefs are among the most vulnerable ecosystems on the planet to anthropogenic pressures, including global threats from climate change and ocean acidification, and local impacts from land-based pollution such as the input of nutrients and sediments from agriculture, marine pollution, and overfishing and destructive fishing practices.

Mass bleaching occurred in 1998, 2010 and 2016, killing most shallow corals.
News
2 years ago
So much fishing, so little fortune: What the industry should change
by GILBERT KOECH News Reporter
Coast
10 September 2021 - 22:00