Quarrying Lamu women give men run for their money

•These women however say the job comes with its fair share of challenges especially as they lack protective gear. 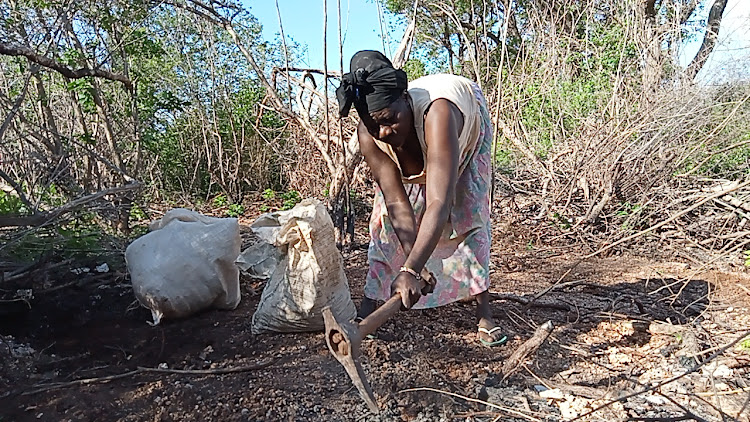 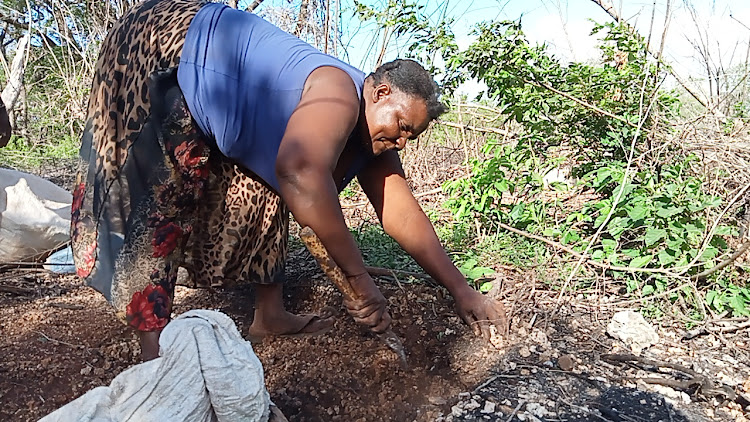 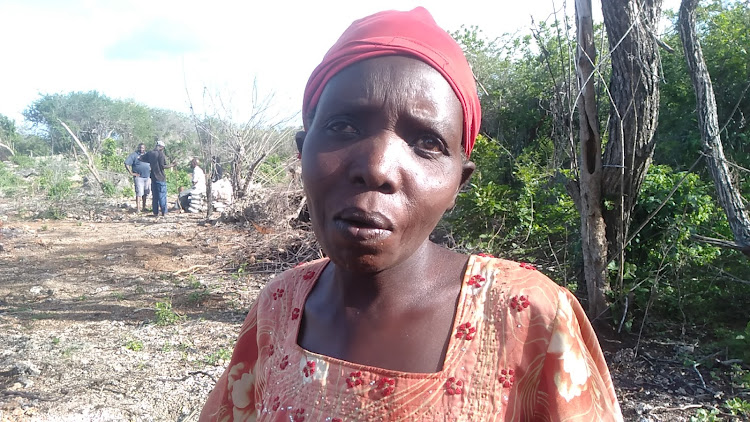 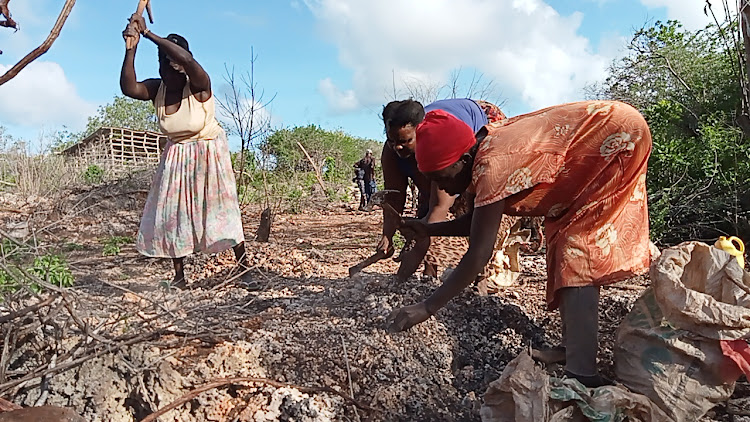 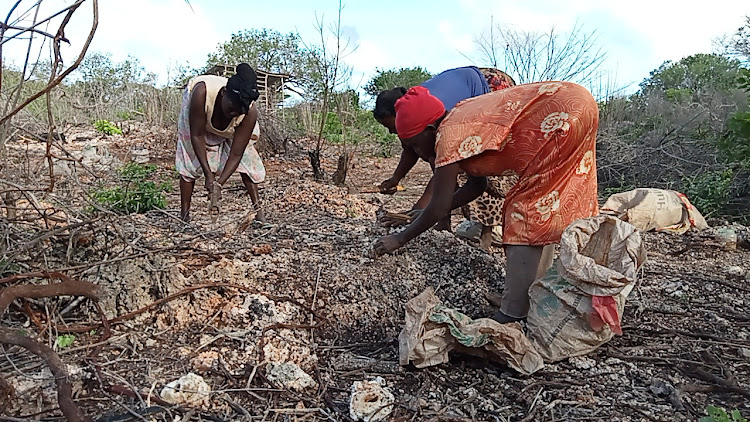 Stone quarrying is a tough and labour-intensive job that has mostly been a reserve for men owing to its hard nature.

However, a group of women on the tiny Manda Island in Lamu West are changing this narrative by chipping away at some of the local mines in these areas in a bid to earn a living and sustain their families.

Elizabeth Wambui, Nancy Irungu and Margaret Wangeci are among few women in Manda-Maweni village who have embarked on the male-dominated stone quarrying sector.

While many women prefer the soft jobs of selling food to the quarry workers, these three would rather go at it the hard way enduring the dust and hot sun all day long to make a living.

Each of these women crushes at least 200 kilos of ballast in a day.

Elizabeth Wambui ,55, a widow, has done it for over 40 years and says being picky about jobs wasn’t an option as she had to make ends meet for the family.

“I have fed and educated my children in this job. My husband died years back which meant I had to provide for my kids alone. It’s a job I enjoy doing,” Wamboi says.

Wambui says she wakes up at 5 am and is usually at the quarry by 6 am ready to start working.

She, however, says sometimes the work overwhelms her body but she keeps grinding.

“Sometimes I wake up and my body is aching all over. On a bad day, I miss going out but mostly I take painkillers and head out,” she adds.

Margaret Wangeci,50, was widowed in 2016 and left with seven children whom she has to cater for by herself.

She has been quarrying for over 20 years and admits that it's an overwhelming and draining venture.

“We have to crush the ballast and park it in sacks. I am used to my back and joints crack while am at it. I am old and it's taking a toll on me but I can’t stop because I have bills to pay, children to feed and educate,”  Wangeci said.

Nancy Irungu,54, a mother of 11 children, says she started quarrying 30 years back when her water vending business collapsed.

Her husband Irungu Maina is also a renowned miner in one of the quarries in the village.

She says she has survived through perseverance and understanding that her husband’s income was barely enough for the family.

“I help my husband with the little I get from the venture and together we can provide for our children,” Irungu said.

She says her efforts have paid off as she had been able to send her children to universities and colleges through proceeds from stone quarrying.

“Our last born is now in college in his final year. I have plenty of degrees in my house courtesy of this job,” she said.

These women however say the job comes with its fair share of challenges especially as they lack protective gear to help them protect their eyes and mouths so that the dust doesn’t affect them.

Many other women have slowly withdrawn from the venture after developing visual and respiratory illnesses.

“We would appreciate it if anyone bought us face covers and gloves so we stay safe,”  Wangeci said.

Quarrying under the direct hot sun means the need for those partaking in it to consume large volumes of water but these women say they have to endure the uncomfortable thirst as the village doesn’t have a supply of freshwater.

“Apart from not drinking water, sometimes we go for days without bathing because of the lack of water here. There is no health facility either and electricity too. We operate like we are in the olden ages,”  Irungu said.

Another challenge is the lack of a ready market for their ballast and stones once they are done crushing and also exploitation from middlemen.

“A kilo goes for between Sh15 to 20 which is extremely low considering the hard labour put into mining them and crushing,” Wamboi said.

“Getting buyers is equally tough and sometimes we stay with the ready stones for several months before selling. The county can help us get markets.”