Other herders in the area are counting losses as their animals die due to lack of water, pasture

• Every three months, he exports the animals to Oman and Mauritius. He sells others in the local market.

• Outside Ibrahim's perimeter wall, residents are desperately looking for food to eat and pasture for their livestock. 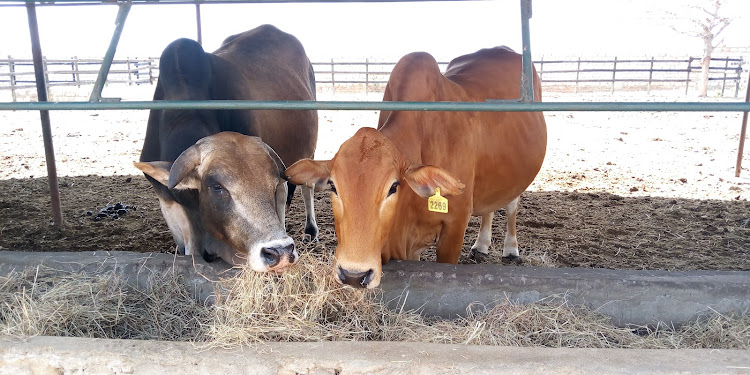 As the drought ravages parts of Kinango in Kwale county, a farmer in MacKinnon is minting millions from livestock keeping.

Every three months, he exports the animals to Oman and Mauritius. He sells others in the local market.

But outside Ibrahim's perimeter wall, residents are desperately looking for food to eat and pasture for their livestock.

Kinango is prone to drought and herders are currently losing their animals to the harsh weather. They are looking for a market to offload their already emaciated livestock.

Silaloni, Busho and Metani villages are among the areas hit hard by drought and residents are appealing for relief food.

Traditionally, the majority of Kinango residents are livestock farmers. This is because the harsh climatic conditions in the area cannot support other agricultural activities.

But even livestock keeping has now become a tall order as the drought worsens.

Most herders are selling their livestock at a throwaway price for fear they will all die due to the drought.

Ibrahim, who started feedlot farming in 2019, bought the land from residents at a fair price. He then started buying livestock from Northeastern and within Kinango. He nurtures the animals to increase their value.

"We buy them [cattle] locally from herders. It's better for us when there is drought, because the prices go down," Ibrahim said.

The emaciated cows once bought are quarantined, treated and given concentrates and food rich in nutrients.

Cows gain at least two to three kilos each day, depending on how they feed.

How does he manage?

Unlike other residents who rely on the rain and seasonal rivers and earth dams for their livestock well-being, Ibrahim taps water directly from the Mzima Springs. He then stores it in huge water tanks.

He also has sunk boreholes to sustain his livestock in case the taps run dry.

Ibrahim mixes water with molasses to boost the animals energy.

He hires young men from the area to look for grass, which he stores as hay. But when the drought becomes too intense, he imports hay.

"Because this area is dry, I developed the idea of storing the grass and water to avoid the challenges facing locals now," Ibrahim said.

The farmer has about 10 people whom he has employed permanently to help take care of livestock.

Ibrahim said he got the idea from Mauritius, when he was employed as a truck driver to transport livestock outside Kenya.

He said while in Mauritius, he saw people making money from small pieces of land. He decided to try it back at home.

He said in the first year, he got a lot of profit and he knew he had undertaken a worthy venture.

His business has attracted many foreigners who visit his farm to learn.

Ibrahim said his farming method can thrive anywhere, as long as one is determined and organised.

"You don't need a big piece of land to be a successful farmer. A small one can turn you into a millionaire. What you need is focus and being objective," he said.

The Covid-19 pandemic has slightly affected his business.

Pre-Covid, he used to get frequent orders from foreign countries, but now he mostly receives them from the local market.

He gets orders for special occasions like Eid, weddings, Christmas and New Year celebrations.

Another problem is elephants, which he said interferes with the water supply from time to time.

During the drought, he said, wild animals from Tsavo East and West venture near residential areas in search of food and water.

Ibrahim said the elephants sometimes damage the perimeter wall around his farm.

The cows are also in danger of attacks by other wild animals like lions, especially when elephants destroy his perimeter wall.

Ibrahim said the dry weather is forcing him to spend a lot of money in managing the livestock.

He said buying hay and feed is costly compared to feeding them natural grass.

Ibrahim has however challenged locals to adopt new farming methods to improve their livelihood.

He said instead of depending on the rain, residents should emulate his idea to make a change. 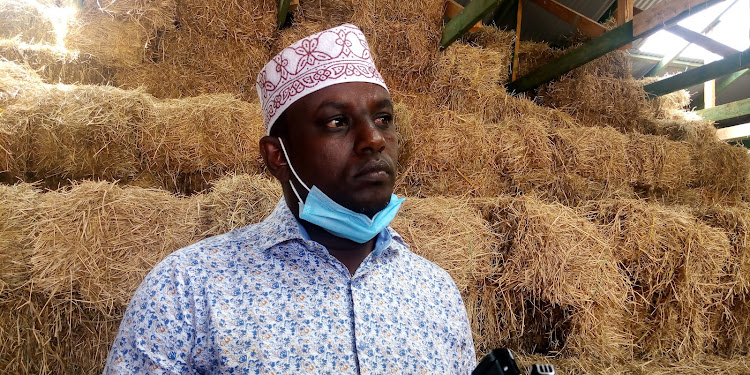 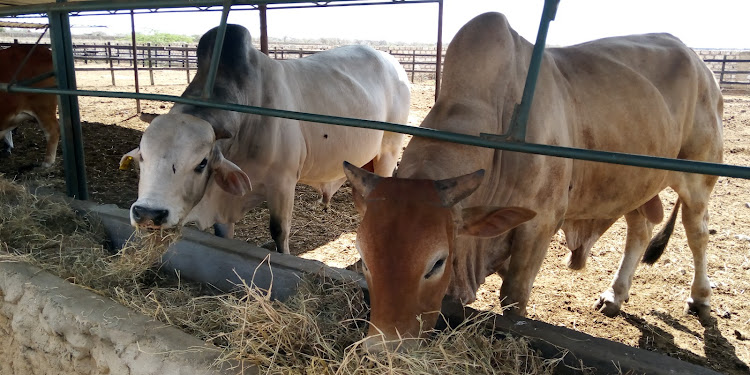 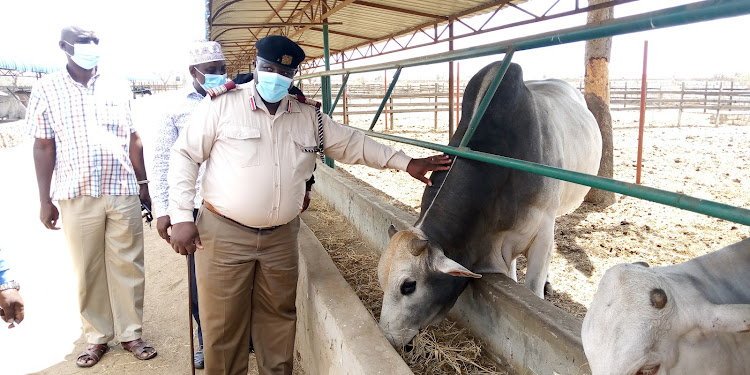 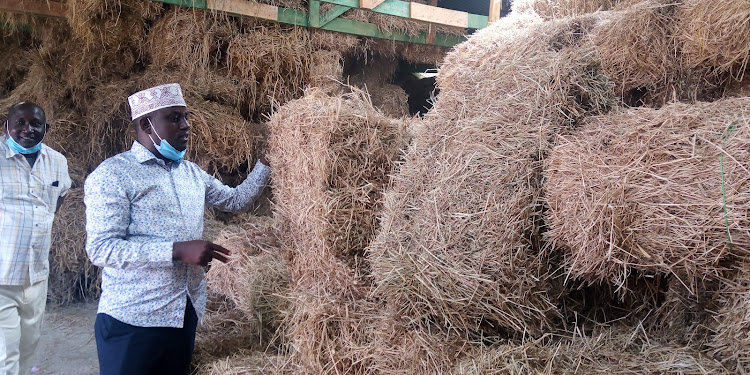 Farmer Abdi Ibrahim in his hay store in Kwale.
Image: SHABAN OMAR
Post a comment
WATCH: The latest videos from the Star
by SHABAN OMAR
Coast
10 September 2021 - 22:00
Read The E-Paper