•Florence Kitsao of the Mulika Saratani CBO in Kilifi says since the first case was reported in Kenya, she has lost over 50 cancer patients.

•Though cancer statistics in Kilifi are scanty, Esther Ohuru, a nurse at the Kilifi county hospital palliative care unit said the situation is not good. 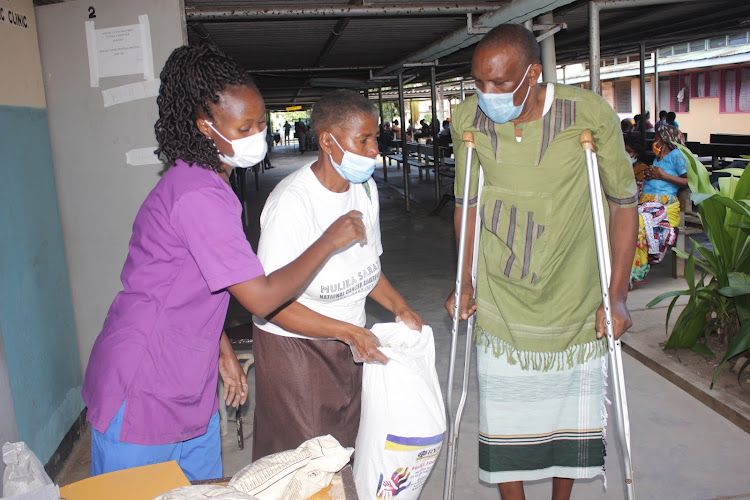 The economic disruption caused by the Covid-19 pandemic has taken a toll on cancer patients.

Even before the pandemic, many cancer patients were struggling to raise funds for treatment.

The situation has now become worse.

Florence Kitsao of the Mulika Saratani CBO in Kilifi says since the first case was reported in Kenya, she has lost over 50 cancer patients.

Kitsao is a volunteer caregiver and a cancer crusader in Kilifi.

“The situation in Kilifi is dire. Most patients are now giving up because those who used to support them lost their jobs,” she said

“Some were greatly affected by the containment measures as they could not travel to Nairobi. Though people were allowed to travel on medical grounds, most of them could not afford private transport.”

During the pandemic, Mulika Saratani had identified 40 cancer survivors who needed breast prostheses but when the prostheses were availed, 28 of them had already died.

Kitsao said they were dying at an alarming rate because every weekend they bury cancer patients.

“This Saturday we are burying three of the patients I was attending to,” she said.

“One was a teacher in Kilifi but comes from Taita Taveta. The other two will be buried in Kilifi.”

One of those to be buried in Kilifi is James Kilumo who passed on last week.

He stayed in ICU for two weeks at a Mombasa hospital and family members are now fundraising to clear his hospital bill and burial costs.

Kitsao says most patients do not take their biopsy for testing due to a lack of funds.

“When clinicians suspect a cancer case they normally remove some tissue from the affected area for the biopsy”, she said.

“Most of the patients will take the specimen home to wait for money to take the test. Sadly, most of them die with the specimen in their houses. Getting the histology report is a very big issue.”

Brenda Okech from Mtwapa has now turned to menial jobs to support her son whose leg was amputated due to cancer.

Okech lost her job when she needed it the most.

“My son stumbled while playing, I thought it was a normal muscle problem but turned out to be cancer. It was hard for me to accept his leg to be amputated but I had no option,” Okech said.

“He spent a whole year out of school but I thank God because he passed his exams and is now in high school. Right now I have no job and my son still needs my care.”

Renson Kitsao, a retired government officer from Vitengeni now suffering from prostate cancer, said the medical burden is weighing heavily on his health.

Kitsao said he has not been paying for his medical cover since he retired.

“Covid-19 is a big challenge to most of the cancer patients here. We are sometimes worried about our next meal because we are supposed to be on a special diet but that does not happen,” he said.

“I cannot go out to look for work and those supporting me are also facing challenges.”

Kitsao said sometimes it's even challenging to get transport when his checkup date is due.

Fadhili Kithunga, from Magarini lost his leg to osteosarcoma, a kind of cancer that affects the bones.

His leg was amputated and was referred to Coast General Hospital in Mombasa for chemotherapy.

Kithunga is now selling a piece of his land to get funds for his treatment.

“I have exhausted my savings and my people have tried all they can to get treatment for me but now they are stuck. My land is my only hope now,” he said.

Though cancer statistics in Kilifi are scanty, Esther Ohuru, a nurse at the Kilifi county hospital palliative care unit said the situation is not good.

“We have hundreds of patients across the county. We do our best but the challenge is, most cases are discovered a bit late. Cancer of the cervix and breast are the most common,” she said.

Kilifi health executive Dadu Karisa said the department will soon have a fully-fledged Oncology unit at the Kilifi medical complex that is almost complete.

Dadu acknowledged that cancer is a big challenge in the county.

“We will be doing diagnosis and treatment of cancer. We will not be referring patients to other counties for chemotherapy and radiotherapy. Cancer can be managed if detected early,” he said