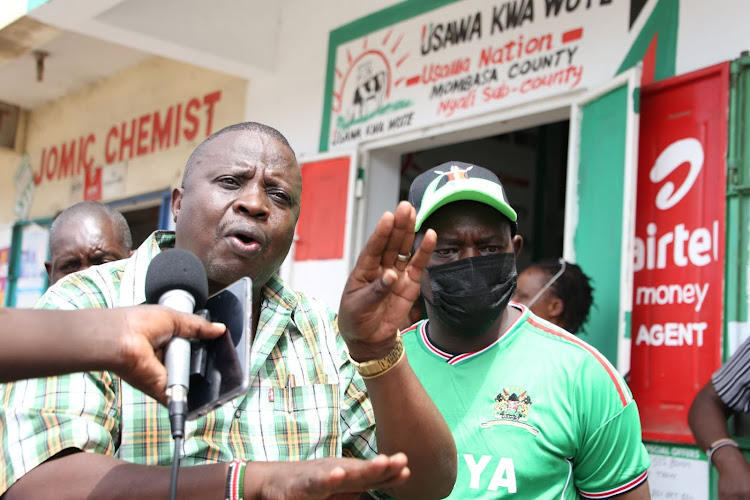 Members of Usawa Kwa Wote party have said their leader, Murang'a Governor Mwangi wa Iria, is the most suitable candidate to succeed President Uhuru Kenyatta as the leader of the Mt Kenya region.

The members said a move to block Iria from holding a meeting in Nyandarua on Sunday has made their resolve to make him Uhuru's successor as the fifth president of Kenya even stronger.

Speaking on Tuesday, Usawa national logistics officer Mwangi Kifeeti said Iria has a vision for the downtrodden in Kenya and seeks to empower them through boosting small-scale businesses.

The officials have for the last four days camped in Mombasa where they are conducting a recruitment drive ahead of Iria’s visit next week.

The governor is expected to tour the Coast region where he will meet elders and members of different communities.

He is also expected to hold meetings with small-scale businesspeople in Kongowea and other markets across the region.

Iria will also meet fisher folks along to discuss the blue economy and how best to promote it should he succeed Uhuru.

The officials opened a party office in Mombasa next to Kongowea market targeting the over 10,000 traders in the market.

Referring to the Sunday incident, Kifeeti said blocking the governor will not stop his match to State House.

“It is the people who employ elected leaders. He is asking to be employed as the Head of State because he has been fighting for the down trodden even before he became governor," he said.

Kamau said Iria is ahead of the pack in popularity.

“He did not elect himself. He was elected by the people of Mt Kenya. It is the people who now want him to go to State House,” Kamau said.

Uhuru has not hidden his desire to continue championing the region’s interests after retirement.

However, political honchos in the vote-rich region have been scheming to have one of their own replace Uhuru.

Kiunjuri, who is allied to Deputy President William Ruto, has registered a political party—The Service Party of Kenya—which he hopes to use as a bargaining chip in the formation of the next government.

Gatundu South MP Moses Kuria has also registered Chama Cha Kazi with a view to having a bargaining chip in the 2022 presidential matrix.

Iria’s Usawa Kwa Wote party officials  are seeking to register as many as 10,000 party members from each subcounty in the region.

Kamau claims already in Nyali, they have registered 4,500 members.

“From Mombasa we are heading to Kilifi, then Lamu to register members,” he said.

Usawa Kwa Wote Coast regional secretary general Benson Nyaga said they are ready to make the outfit the party of choice at the Coast and in Mt Kenya.

“We are aggressively recruiting members all over the Coast region,” Nyaga said.

The party’s Mombasa coordinator  David Munyinyi said the journey to entrench the party in the hearts of Coast residents has begun in earnest.

“We are here to ensure Iria gets to State House,”he  said. 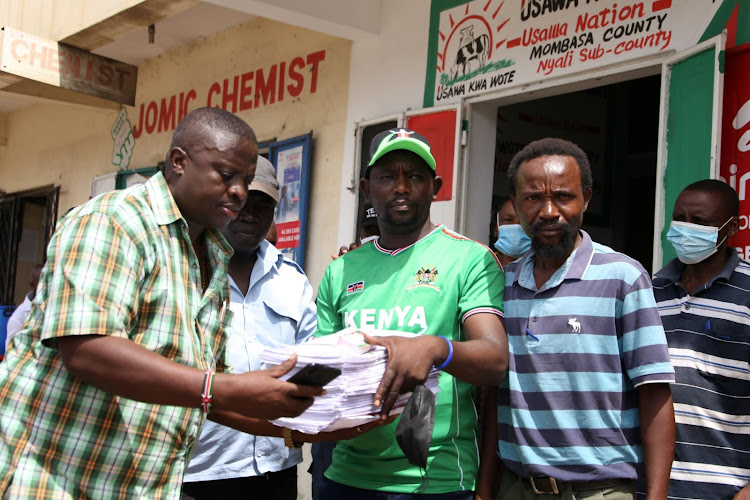 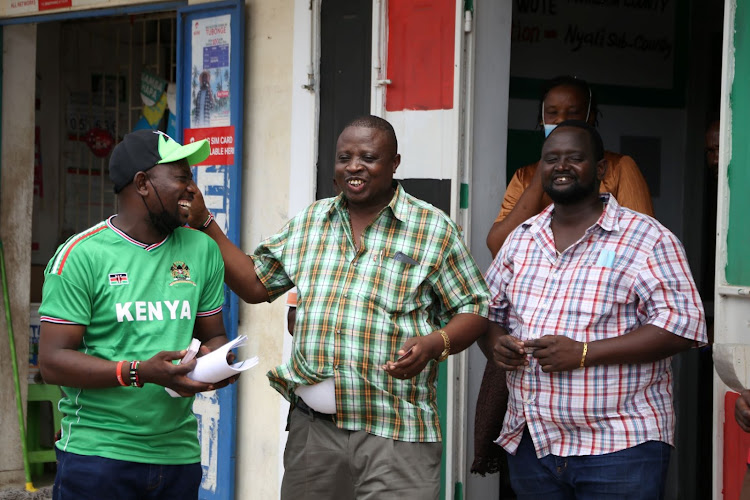