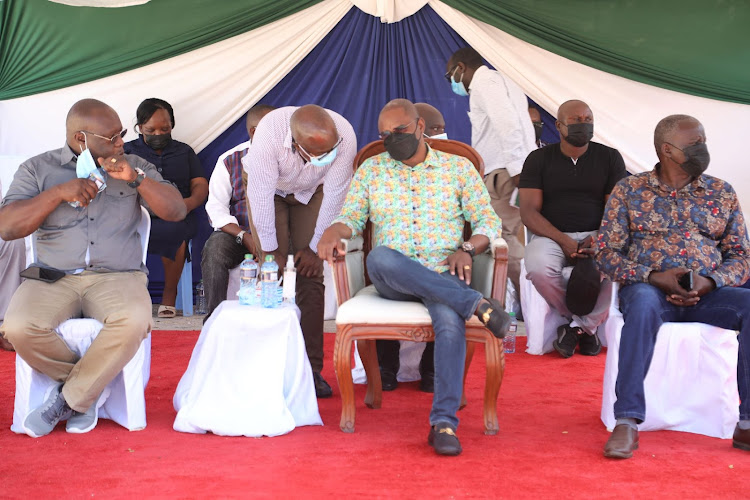 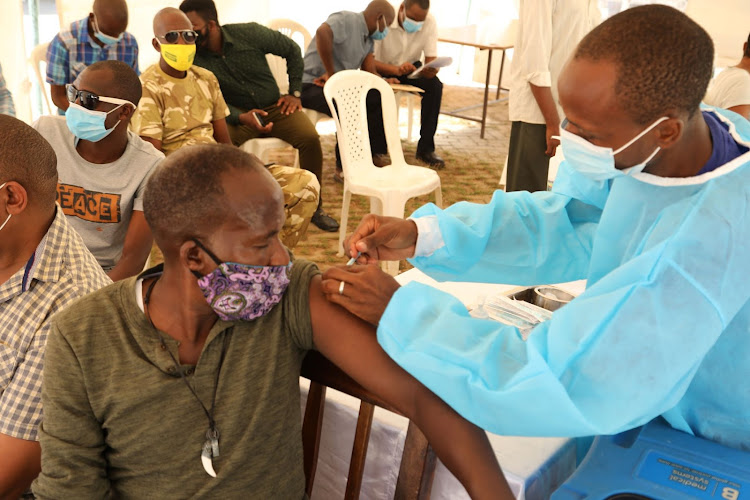 A Health worker at the Malindi sub county hospital vaccinating a resident of Malindi against Covid-19
Image: ALPHONCE GARI 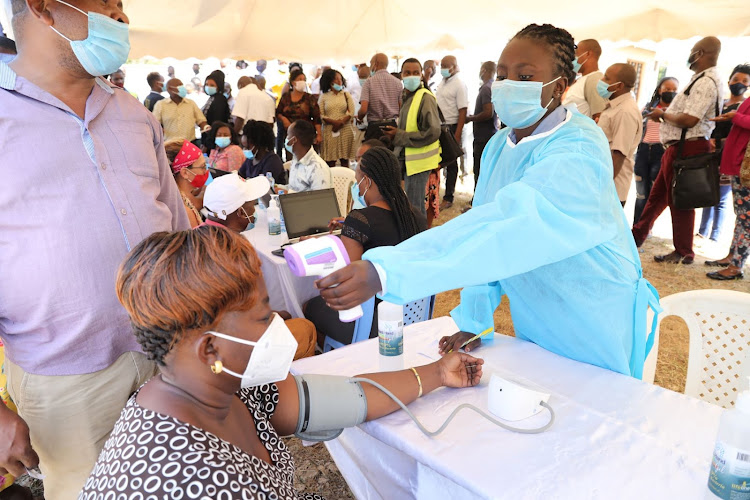 A Health worker at the Malindi sub county hospital measures temperature of a resident before vaccinating her against Covid-19
Image: ALPHONCE GARI

The government has been challenged to give priority to tourism sector players in the mass Covid-19 vaccination drive going on in the country.

The move, leaders said, will help Kenya be removed from the red list by international markets to allow foreigners to begin touring before the end of the year.

Currently, countries like Zanzibar, Mauritius and Seychelles are reaping big in the tourism sector because they are not on the red list of high-risk countries due to Covid-19.

No charter flight can visit Kenya despite it being a high tourism season as the country is still on the red list of those that are not safe.

Kilifi Governor Amason Kingi and  Kilifi North MP Owen Baya said for tourism to be revamped fully, the National government must ensure tourism players including the workers, beach operators, tour guides, tour drivers and all those involved in tourism activities are given priority in the vaccination.

The leaders said if the mass vaccination is done, the country will be removed from the red list because tourists will be free to tour and interact with people who are vaccinated.

Kingi who was speaking during the launch of a mass vaccination drive in Malindi, one of the major tourist destinations on the Coast, said by giving priority to tourism players, the message will reach the globe that Kenya is safe and tourists will start flocking the country.

“Vaccination will ensure Kenya is safe, Coast is safe and there will be no fears of tourists getting affected by the pandemic. It will also mean that our hotels will be full and our youth will not lose jobs,” he said.

The governor said protecting the health of citizens will be a major milestone in safeguarding the economy which has been highly affected.

The Coast region and many other parts of Kenya rely heavily on the tourism sector, which contributes a lot to the GDP of the country.

He said the vaccine is not mandatory but those who understand that the economy relies on the tourism sector will understand the importance of being vaccinated.

The governor said he has already held talks with Tourism CS Najib Balala and his health counterpart Mutahi Kagwe on the issue and expressed optimism that soon they would make a major announcement regarding the same.

Kingi said once tourists know there is a dedicated programme on vaccination of people in a destination, they will start booking holidays in Malindi, Watamu, Lamu, Mombasa, Ukunda and other parts of the country which will help the economy to grow.

He said tourists from Italy, Russia, US want to visit a destination that is safe without risk of contracting Covid-19.

Kilifi North MP Baya said Malindi, Watamu Mamburui and the larger Coast region have highly been affected by the Covid-19 pandemic because they rely on tourism.

Residents in the region are suffering as tourism used to enable them to provide for their families and pay school fees for their children.

“About 80 per cent of the economy of Malindi depends on tourism but we have suffered a blow due to the pandemic. In the international tourism, we are at zero per cent, domestic tourism has also dropped by almost 20 per cent, this means our people have no money for daily survival,” he said.

He said at the international level, those nations that bring tourists direct their people to safe zones.

He said Zanzibar has begun mass vaccination beginning with those working in airports, taxi drivers, beach operators, hotel workers curio sellers, supermarket sellers. It has been declared a safe zone.

Baya said Egypt and Mauritius have been declared safe zones, but Kenya has not, meaning in the marketing of tourism in the world, Kenya has been dropped.

“This is affecting us because the Coastal people depend on the sector, if we cannot do mass vaccination to the hotel workers then we shall wait until December 2022 to get the first charter flight,” he said.

"But if the government prioritises the sector in vaccination, it is possible for the first flight to land in the country before the end of the year,” he said.

He thanked the governor for initiating the mass vaccination saying it will help ensure the sector is revived.

In Malindi, less than five resorts are open and those operating depend on the domestic market, conferencing and weddings.

Kilifi Health CEC said they are ready to conduct the mass vaccination even at night and over the weekends, if the Health ministry gives the directive, to ensure hotel workers are given priority.

Francesca Biencaci, the general manager of The Lawfords hotel in Malindi, said they have been trying to vaccinate workers but called on the government to ensure all tourism players get vaccinated.

She said vaccinating all people in the sector will give confidence to international tourists to visit the Kenyan Coast. 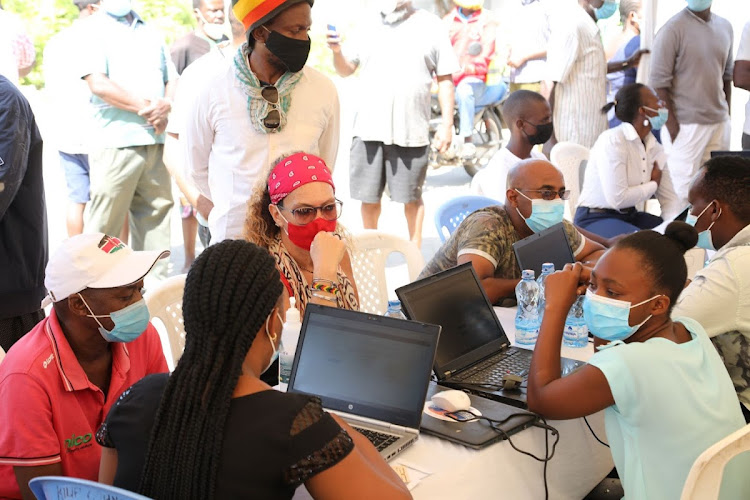 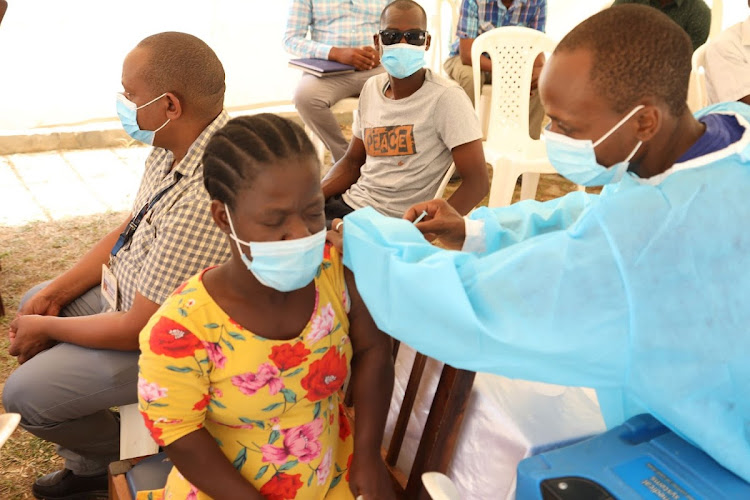