Project requires about 1,600 acres; it has affected about 4,250 residents 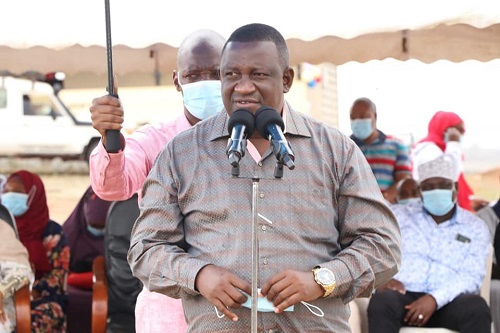 The construction of Sh20 billion Mwache dam in Kwale county will be delayed further as Governor Salim Mvurya said it cannot continue until all affected residents are compensated.

The project, which will take about 1,600 acres, has affected about 4,250 residents. It is being constructed in Mwavumbo and Kasemeni wards, Kinango.

Construction is supposed to begin by December. It was initially expected to have commenced by 2019.

Speaking after meeting the World Bank and a national government delegation in his office, Mvurya said compensation and resettlement issues are sensitive and need to be resolved before any work commences.

"We must prioritise openness and a fair process of compensating the affected people before thinking of launching the project," he said.

There has been a disagreement on the compensation rates between the residents and the government.

The government is also accused of playing foul over failure to fully involve the county in the compensation process.

Mvurya said a group of people has been forcing residents to sign compensation forms in the absence of county officials. He termed it unethical and inhumane as any unfairness will spark enmity and disturb the peace.

Currently, 76 per cent of the payment disputes have been addressed, while land acquisition stands at 46 per cent.

But the government targets 90 per cent project compensation area and 50 per cent land acquisition before December.

Mvurya said the county welcomes the project, but lives must be considered and treated fairly.

Once the project is completed, it is expected to increase water supply and end the perennial water shortage in Kwale and Mombasa.

Roughly, the dam will hold 118 billion litres of water from the overflowing River Mwache in Fulugani.

At least 6,425 acres will be put under irrigation to enhance food and nutrition security. Residents are expected to improve their livelihoods through agricultural activities.

Mvurya said as much as the project is set to be a major game-changer, due legal process must be followed.

"It's a crucial project with a lot of benefits and we want to be part of its success, but the law must be observed."

The county chief pledged that Kwale will continue to partner with the national government until the project is realised and to fast-track development in the right way.

"The project also lacked funding and it was politicised by some local leaders," he added.

Mwangi said they will work hard to ensure coordination between the two governments is enhanced for the smooth launch of the project.

World Bank representative Adrian Cutler also urged the two governments to strengthen cooperation. He said the project will support the Coast region, hence the need to finalise things for it to start benefiting residents soon.

Cutler, however, said he was pleased with the progress made on the compensation and resettlement.

Meanwhile, the restoration work for the environmental conservation has been completed, but the government has yet to initiate another step. 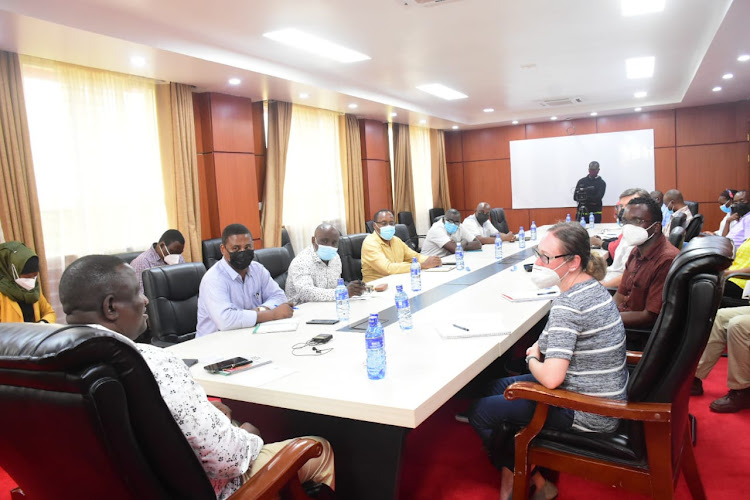 DEVELOPMENT: National government and World Bank delegation at the office of the Kwale Governor Salim Mvurya on Tuesday, September 7, 2021.
Image: SHABAN OMAR
Post a comment
WATCH: The latest videos from the Star
by SHABAN OMAR
Coast
08 September 2021 - 22:00
Read The E-Paper