Awe of Lamu donkeys that deliver cargo without supervision

Owners spend a fortune on meals, medication and comfort for the beasts of burden 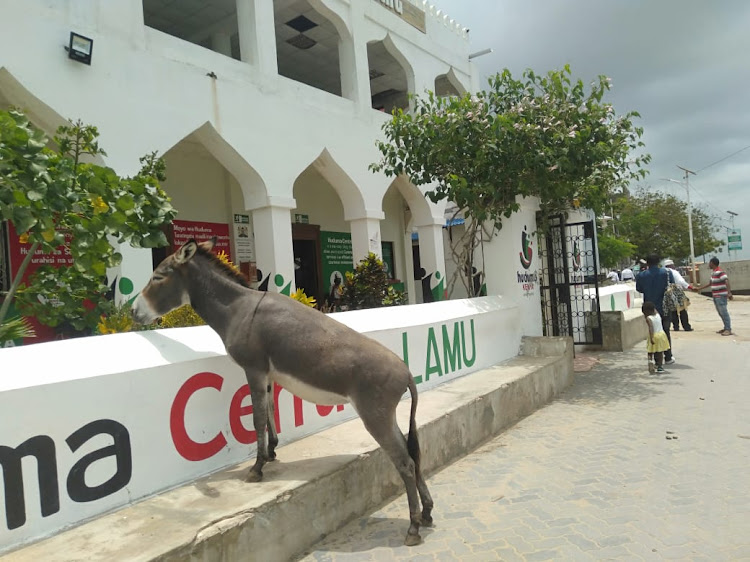 A donkey basks in the sun outside the Huduma centre offices in Lamu island.
Image: CHETI PRAXIDES 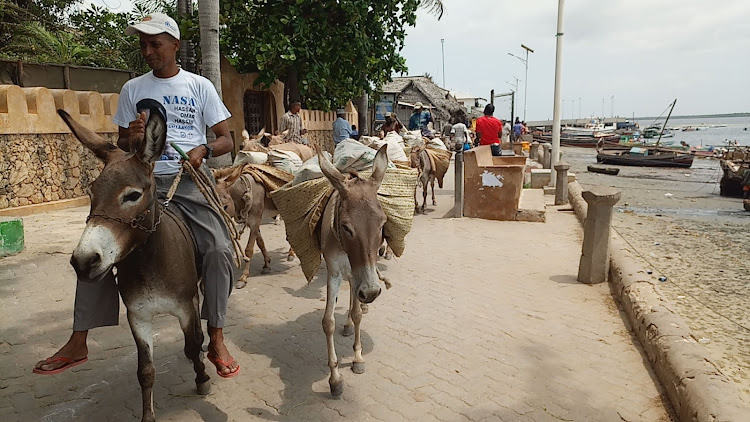 Popularly known as the beast of burden, the donkey has received its fair share of mistreatment world over from flogging, being denied food to being overworked.

However in Lamu, the animal is treasured and treated almost like family.

Donkeys are part and parcel of the culture and tradition of the people of Lamu mostly Bajunis, Orma and Bonis.

They are part of what makes the Lamu old town a unique tourist destination as they have been retained as the oldest mode of transportation for both people and cargo in Lamu island and  archipelago.

The streets in these islands are narrow as they were deliberately designed to be traversed by donkeys and pedestrians.

Those visiting Lamu island make a point to include a donkey ride on their checklist as it makes their stay memorable.

Donkey owners spend a fortune on meals, medication and comfort for theses beasts of burden.

While we may know donkeys to be naturally aggressive, the donkeys in Lamu are somewhat docile and have been trained to respect and only attack when necessary.

Its not unusual to see a group of donkeys take instructions spoken to them by their owners and thereafter do exactly as they have been asked.

A donkey in Lamu will be tasked to deliver cargo to a far-off destination by its handler and will do so without supervision.

“If I have a lot of cargo and I can’t supervise each of the animals, I simply direct them and release them. I will find them waiting for me with the cargo at exactly where I told them,” Muhashiam Omar said.

He says they train the donkeys from when they are born and teach them to listen and respond to commands juts like you do with a child.

“We start training once they are done breastfeeding. We speak to them constantly and acknowledge their responses. It’s easier and you can tell when the donkey has understood you and when it hasn’t. With time, you establish a close relationship like you would with people. You understand each other,” he said.

The downside however, is that these donkeys haven’t been trained on sharing streets with people and most of the time people have been knocked over by the unforgiving animals.

This attitude from the donkeys has given birth to common phrases like "Ambacha ukucha,Punda uyao" loosely translated to mean "stick yourself to the nearest wall, donkeys are coming".

While in many parts of Kenya, donkeys pull chariots or carts full of cargo, the resilient Lamu donkeys carry their cargo on their backs irrespective of how heavy or risky the load is.

Lamu island is also the only county in the Coast region where the population of donkeys is 90 per cent that of entire domestic animal population reared.

The Lamu donkeys are also the second highest in population after human beings.

The county has a donkey population of at least 40,000.

According to the 2019 census statistics, Lamu county has a population of 143,920 residents.

Owning a donkey in Lamu is an equally expensive affair as prices range from Sh20,000 to Sh60,000 depending on the sex, age, colour, race and role of the donkey.

Hussein Miji, a donkey owner says, “Red and brown coloured donkeys are expensive than the rest. The male donkeys are also in high demand. Cargo donkeys are equally costly than those bred for entertainment and luxury.”

Donkeys are also considered a source of security just like dogs as they are known for their prowess in keeping off wild animals and alerting the owner incase there is a stranger approaching the home.

The luxury donkeys are specifically bred for show off and to entertain guests and mostly make appearances during special occasions like the Maulid and cultural festivals.

The world-renowned donkey race held during the annual  Maulid and Cultural festivals are among the key tourist attractions. 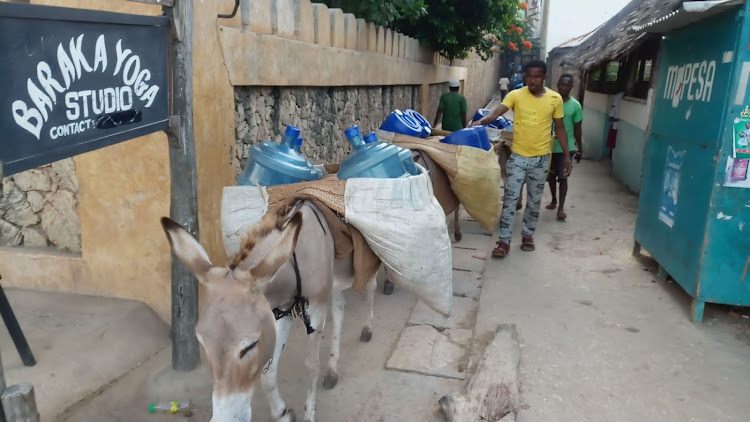 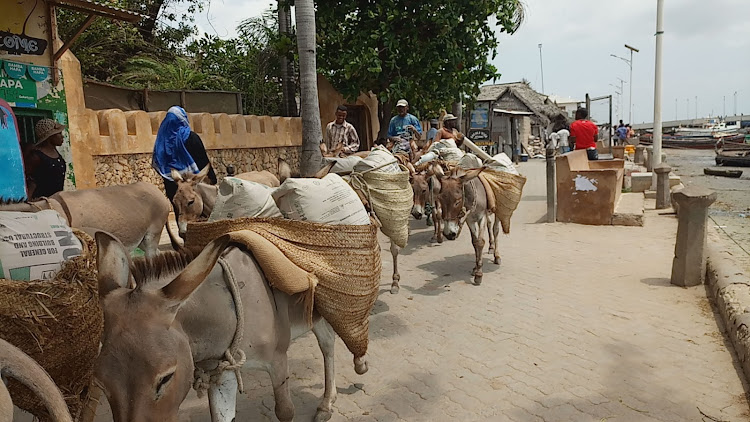