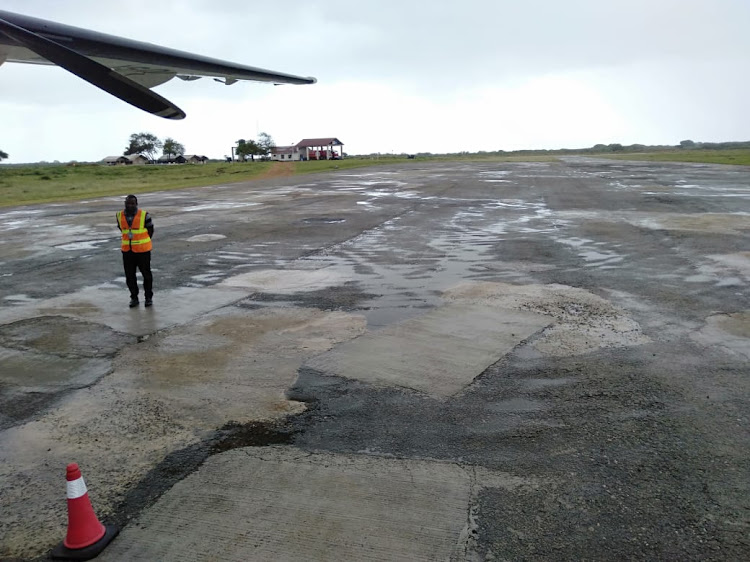 A number of state projects in Lamu county are behind schedule despite the allocation of billions in funding.

The projects worth over Sh1 billion are late by over five years for some and several months for others. While a few are still under construction, others have been abandoned and their fate remains unknown.

They include the Sh121 million renovation and expansion of Manda Airport, the Sh599 million Mokowe Customs Jetty and the Sh84 million Lamu Technical Training Institute at Hongwe in Mpeketoni.

The Manda Airport expansion, which includes the apron and taxiway, was scheduled to be ready by August after works commenced in March according to Kenya Airports Authority Coast Region manager Peter Wafula.

The poor state of the airport had seen it lose major airlines, fearing for the state of their planes plying the Lamu route. The works are only 55 per cent complete and it remains unclear when the sections will be done and ready for use.

“We expect it completed sometime in November. We will confirm further details after the project implementation committee shares their revised programme report next week Thursday,” Wafula said.

Commenting on the state of works at the airport, an official who spoke anonymously said, “Work is at 55 per cent. Temporary taxiways have already been put up.

"We are awaiting the arrival of cement for stabilisation. Cement is coming by sea on Monday. We expect the entire project to be completed by November. Water unavailability has also been our biggest challenge."

There is also the Sh200 million hospital upgrade, with the funds having been allocated by the national government in 2017. Of this, Sh100 million was to set up an ICU, emergency unit, a modern theatre and renal unit at King Fahad County Referral Hospital.

The works were to be over in 12 months. However, five years down the line, there is nothing to show as Lamu continues to grapple with a struggling health sector. The fate of the Sh200 million is unknown.

Lamu Health executive Anne Gathoni says they had to get a new contractor to start afresh.

“It will be done in the next few months," Gathoni said.

The construction of the outpatient wing at the Faza Subcounty Hospital is 95 per cent done.

The Health executive said the construction of the ICU is underway and the county had budgeted for the equipping of the same in the current financial year. 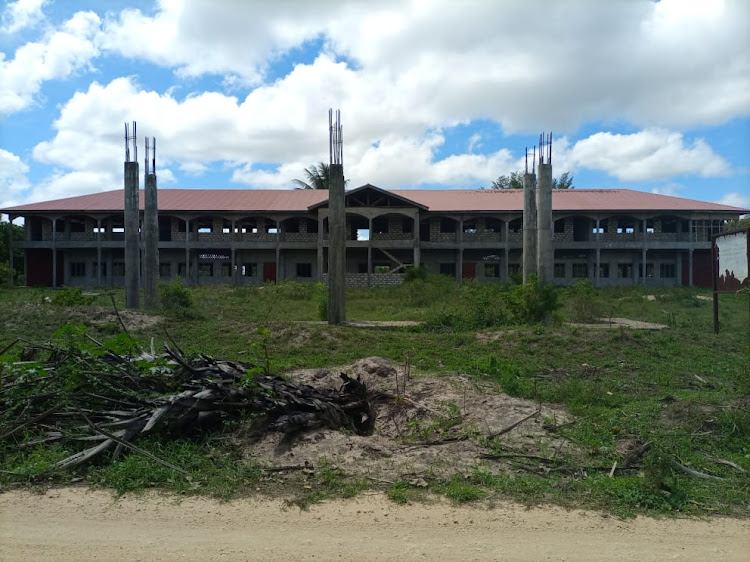 However, seven years down the line, the project has stalled after the contractor allegedly embezzled funds, leaving behind an incomplete building.

The Sh599 million Mokowe Customs Jetty is another mega-state project in Lamu whose completion has been delayed.

Works commenced in 2019, with the jetty expected to have been ready by February 2021. Eight months on, however, the project is only around 70 per cent done. 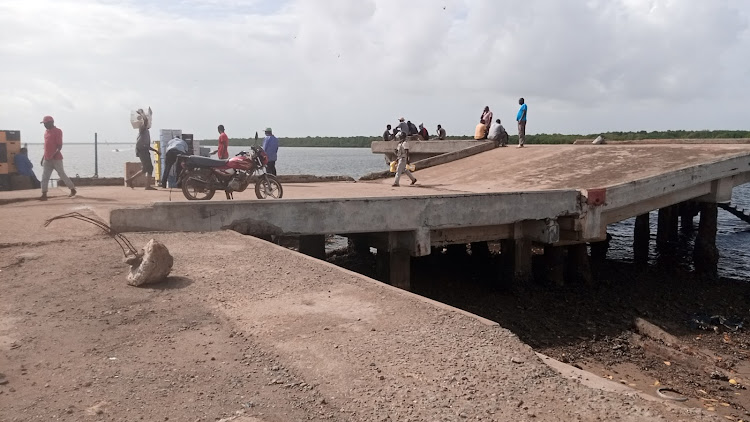 In a previous interview, chief structural engineer in the State Department of Public Works Hillary Nyaanga blamed the delay on the Covid-19 pandemic.

“We couldn't complete the construction due to Covid-19 inconveniences. Works are, however, on at the jetty,” he said.

The King Fahd hospital jetty remains untouched, months after the government announced that it would construct it to aid ease movement of personnel and patients coming in and out of the facility.

Jetties are a crucial element of Lamu's water transport system as they are the main entry and exit points for passengers and cargo coming to Lamu Town and adjacent islands.

The Mokowe customs jetty, the largest in the county, is also incomplete.