Accused of locking up the boy in his house and assaulting him for a week. 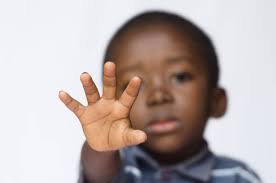 Mohamed Kale, 34, was arrested at his home on Thursday.

Suspicious wananchi tipped the police after they heard strange sounds coming from the suspect’s house.

The primary school pupil, who had suffered weeklong abuse, was unable to walk when he was rescued.

He was reported missing by his family on August 9.

Kale is suspected of taking him hostage, locking him up in his house and sexually abusing him for seven days.

He said medical tests showed that the boy had been sodomised.

“He had been reported missing by his family. There is no doubt that he was sexually abused. We are holding the suspect. We shall produce him in court soon,” Murinzi said.

The police boss urged the Lamu community to stand up against all forms of child abuse–sexual, physical or emotional.

“It’s unfortunate that this boy has been held for seven long days. He is tortured psychologically from the sexual abuse. We can stop this by being vigilant of the paedophiles around us,” he said.

Parents, chiefs, elders warned against settling defilement cases out of court in Kwale.
Counties
3 months ago