The President has invested in excess of Sh3.6 trillion on infrastructure in the region since 2013 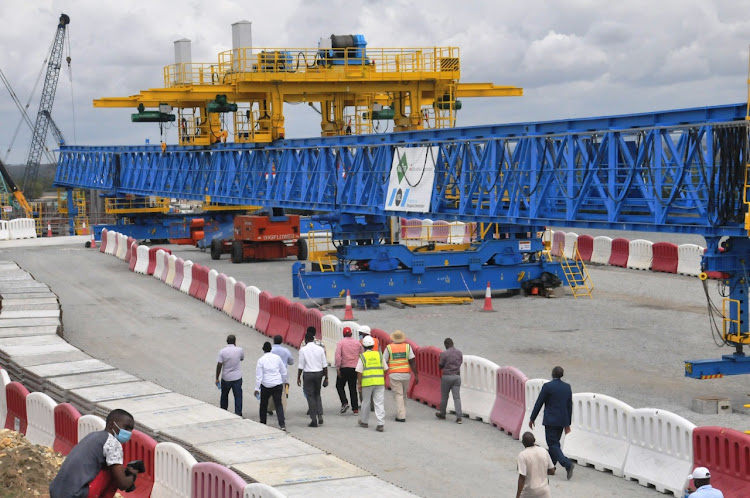 For almost two weeks since his return from the UK, President Uhuru Kenyatta has been at the Coast.

The President is said to be keen on ensuring all the mega infrastructural projects at the Coast are fast-tracked and finished within the scheduled time.

According to State House strategists, the Jubilee government has invested in excess of Sh3.6 trillion at the Coast since 2013.

The projects earmarked for completion before Uhuru’s exit from State House in August next year are; the Sh4.5 billion Makupa bridge, Sh16 billion three-decker Changamwe inter-change and dual road network to Kwa Jomvu and Sh19 billion dual road from Kwa Jomvu to Mariakani.

So far, the President has launched Phase I of the Dondo Kundu bypass which cost Sh11 billion and the Sh1.9 billion Likoni floating bridge.

On May 20, he commissioned the first berth of the Sh40 billion Lamu Port.

Other mega projects for Mombasa are the Dongo Kundu Special Economic Zone, dualing of the Mombasa-Malindi highway and the Sh85 billion permanent bridge across the Likoni crossing channel.

On Wednesday, Transport CS James Macharia led the Presidential Delivery Unit to check on the progress of a key infrastructure projects in Mombasa.

“As you can see, there are very many high-impact infrastructural projects, which have been going on in Mombasa for the past nine years,” he said.

They toured the Changamwe inter-change, Phase II of the Dongo Kundu bypass and the port of Mombasa.

Speaking during the tour, Macharia said the Changamwe inter-change will be a three-decker, first of its kind in East and Central Africa.

It is expected to be opened to the public on October 21 after a four-year construction period.

“The Changamwe interchange is part of the project that starts from Mombasa Island to Kwa Jomvu and is financed by Kenyan government and the European Union at Sh16 billion,” Macharia said.

The interchange is meant to address the congestion that was being experienced at Changamwe roundabout as trucks heading to the port of Mombasa to pick cargo sometimes block those going to Moi International Airport to catch a flight.

“This will be one of the modern interchanges in Africa and is due for completion on October 21. This project will make Mombasa beautiful,” the CS said.

On phase II of the Dongo Kundu bypass, Macharia said a Japanese consortium, Fujita Corporation-Mitsubishi Corporation, is working to complete the project on time.

The project is now 33 per cent done.

The Sh25 billion project will include an 8.96km dual carriageway, construction of an interchange at the Likoni-Lunga Lunga highway and two bridges; a 660-metre long one at Mwache and another at Mteza straddling 1,440 metres.

“This will be the longest bridge in the country,” Macharia said.

Phase III of the project, which will connect the Mteza Bridge to South Coast road in Kibundani area, is 85 per cent complete.

Macharia said Phase I of the Dongo Kundu bypass, which was commissioned in May 2018, has proven to be a game changer.

“Once this project is completed, people coming from Nairobi, will not need to use the Likoni crossing channel to get to the South Coast,” he said.

Currently, crossing from Mombasa to Kwale might take a motorist about three hours depending on the traffic snarl up at the Likoni ferry crossing channel.

“After the completion of this road, it will take you an average of 30 minutes to drive from Mombasa town to the South Coast,” Macharia said.

The Dongo Kundu project is connected to the Miritini Standard Gauge Railway terminus and the Moi International Airport.

The CS said to also address the challenge of traffic snarl up at Kibarani in Makupa causeway, the government is committed to complete the bridge within the next 10 months.

He said currently, Mombasa is not a true Island because the Makupa causeway has blocked water from flowing around the Island.

“After the completion of the bridge, we will demolish the causeway to allow water to move around. We will now reaffirm the status of Mombasa as a true Island,” he said. 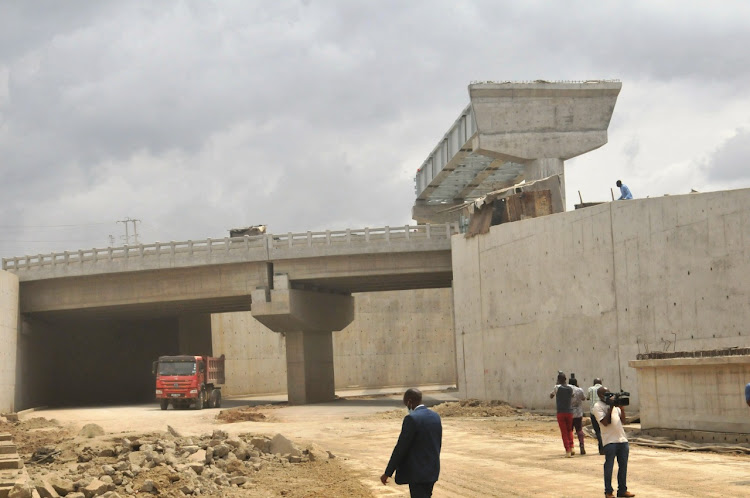