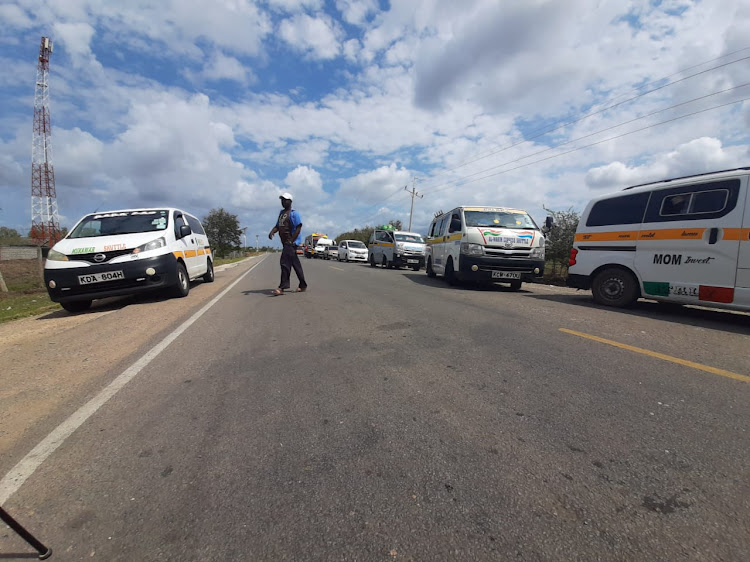 Travellers plying the 113.5km Minjila-Mokowe road in Tana River and Lamu counties are upset about the amount of time wasted waiting for police escort.

Public Service Vehicles are made to wait for up to three hours for police escorts.

At Gamba police station, PSVs have to wait for each other so as to build numbers.

The police say it is more economical to escort six buses together than escort each bus on its own.

“We don’t have funds to burn. We cannot afford to escort each vehicle on its own. It would need more human resource, fuel and vehicles,”a police officer at the station said.

Before reaching Minjila in Tana River county from Malindi in Kilifi county, passengers are made to alight for security checks at least thrice.

The checks are between Malindi and Gongoni (Kilifi), at Sabaki River bridge (Kilifi), at Minjila (Lamu), then at Milihoi and Nyongoro in Lamu.

Bosingwa Shekue, a Lamu resident, said the checkpoints increase or decrease depending on attacks.

“Should there be an attack, checkpoints will increase,” Shekue said.

Ali Bunu, a frequent traveller between Mombasa and Lamu, said sometimes they are forced to sleep at Gamba, when they miss the escort at a particular time.

The escorts are usually between 3pm and 5pm.

After 5pm, no PSV is allowed through and passengers have to sleep there.

They sleep in the buses or inside the police station, before they resume their journey the following day at around 9am.

Drivers and passengers said when forced to wait for each other, they get to their destinations late.

Being forced to sleep at Minjila means extra costs incurred in food and sometimes accommodation.

Sometimes, passengers miss burial of loves ones, since most Lamu residents are Muslims whose dead have to be buried as quickly as possible.

“It would be better to have one or two officers in the bus when we arrive at this place instead of us waiting for each other,” Bunu said.

This is what used to happen in the past.

He said twice he has been in a bus where they were forced to sleep at Minjila. “It was past 5pm,” Bunu said.

Sophia Obo, a trader in Lamu, said it is tiresome being made to alight at almost every stage.

“What is it that they are checking at every single stop? Checking once is okay, but not every time,” she said. 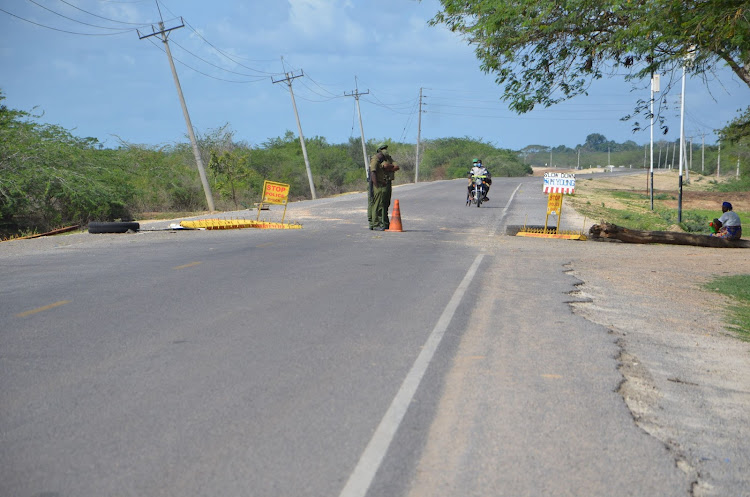 Another traveller who declined to identify himself wondered, “Why is there escort only in Lamu? Why is there no escort in Mombasa, Nairobi or Marsabit? Are there no thugs in those areas?”

Muhuri rapid response officer Francis Auma said security officers should patrol the area without forcing PSVs to stop at sections of the road.

Auma said private vehicles are not required to stop and pass without escorts.

“These families who use private vehicles are not worthy of security from the police? Or what message are the security officers trying to pass across?” Auma said.

He said the matter makes Lamu residents feel discriminated against.

“It also portrays a poor image of Lamu county. Investors think Lamu is a no-go zone and shy away,” the human rights activist said.

“It means even ships using the Lamu port will be risking attacks by al Shabaab militants,” Khalifa said.

However, the government has assured residents and investors that Lamu is safe for them.

Government spokesperson Cyrus Oguna, who toured the area last month, said security in Lamu has been improved over the last four years.

He said the construction of the Minjila-Mokowe road greatly improved security in the area because al Shabaab militants used to take advantage of the poor road to plant Improvised Explosive Devices.

“Today, there is security and investors can comfortably invest in Lamu,” Oguna said.

He said perception of security is an individual feeling and people perceive it differently.

He said Muhuri officials choose to see insecurity when they see guns.

On Thursday, Khalifa said the government has to give practical examples and remove all escorts to show investors that Lamu is secure.

“So that people travel freely at any time of the day. If security officers want to patrol, they can patrol all day long,” Khalifa said. 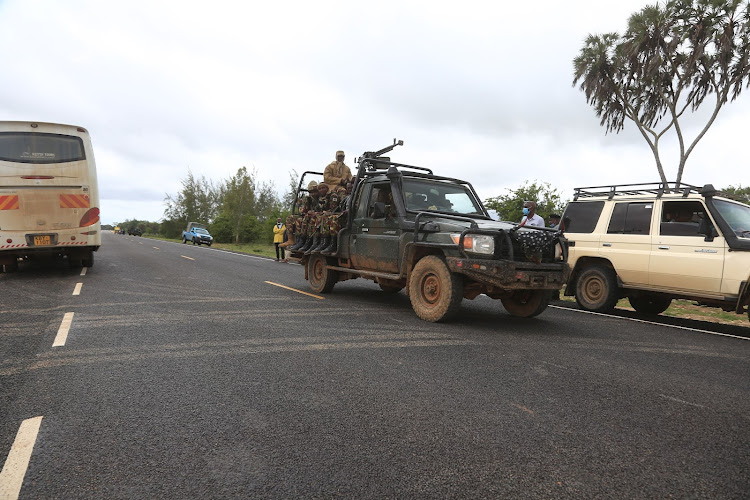 The human rights defender echoed sentiments by some of the travellers saying other regions in Kenya have also been victims of terror and militant attacks but no police escort is accorded travellers.

Muhuri has threatened to write letters to all shipping lines across the globe to warn them about the security situation in Lamu.

“We want to tell them they will be bringing their ships to Lamu at their own risk,” the Muhuri chair said.

However, Lamu county commissioner said transporters, bus companies and other PSVs have not complained to him about the wait at Gamba.

“It is good to hear from people in the transport sector about how they feel about security. It is not about Muhuri people, they are not transporters,” Macharia said.

He admitted there are delays sometimes at Gamba police station and sometimes PSVs miss the escorts.

The commissioner said they have had several meetings with the transporters and they explained to them the importance of being there in time so as not to miss the escorts.

However, PSVs say they are sometimes delayed by matters beyond their control.

“We sometimes get tyre bursts and other mechanical problems on the road. We cannot control that,” Said Bakari, a driver with one of the bus companies said.

Macharia said they have tried to consider such and even increased the number of escorts from three to five to cater for such emergencies.

The commissioner however said they are working around the clock to ensure that traffic flows.

“As county security committee, we are putting programs in place at the grassroots so that we do more covert surveillance on the road,” Macharia said.

He said they sat with Khalifa in his office to explain what they are doing to address the concerns. 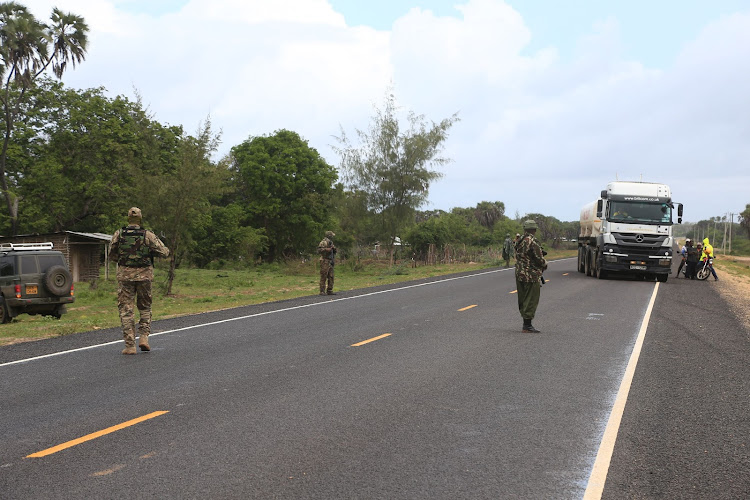