• Kingi expressed confidence that he will secure the seat in the poll. 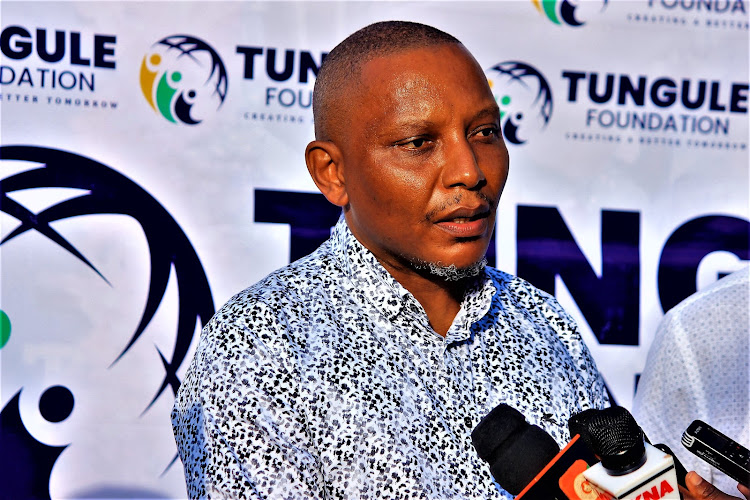 Mombasa Deputy Governor William Kingi during an interview after the official launch of Tungule Foundation in Kilifi on Saturday
Image: ELIAS YAA

Mombasa Deputy Governor William Kingi has said he will vie for the post to be left vacant by his boss Hassan Joho in 2022.

Kingi expressed confidence that he will secure the seat in the poll.

The deputy governor said he is best suited for the seat because of his experience in county leadership. He spoke in Kilifi on Saturday during the launch of the Tungule Foundation.

“Out of the leaders who have shown interest for the seat, I am the best bet. It will be a continuation of the good work that we are currently doing,” Kingi said.

He said he would not need a two-year induction period to learn the job like the other aspirants without his experience.

“I will pick from where Joho will have left and the transition will be seamless.”

Kingi said his scorecard with Joho will bolster his bid for the epic race to win the governorship in Mombasa.

“We have improved on infrastructure. Right now were it not for the Covid-19 pandemic people in Mombasa could be doing business 24 hours because we have installed street lights all over,” he said.

He said the administration has built hospitals across the subcounties and improved the Coast General Teaching and Referral Hospital.

The former lecturer said he will put more focus on education in Mombasa.

“I will initiate a leave-no-one-behind policy to make sure we get 100 per cent transition to high school in Mombasa. Right now the best we have done in terms of transition is 40 per cent. With the Covid-19 pandemic things will be worse,” he added.

The deputy governor is banking on the support of the ODM party which enjoys massive support in Mombasa due to the number of seats it won in the 2017 polls.

He will, however, have to square it out with Abdulswamad and Shahbal at the ODM nominations.

Kingi said his support for the party is unwavering while the other candidates are not loyal to the party.

Shahbal who ditched ODM for Jubilee has announced that he is coming back to the party.

“I’ve always supported Raila. In 2013 I was pushed out of ODM. In 2017, the doors of Nasa affiliate parties were slammed on my face, but I’m ready to go back home,” he said.

Kingi expressed confidence that the party will not handpick a candidate but hold a transparent and democratic nomination process.

“The party has not endorsed anyone. There is no prefered candidate for the party. The party leader recently promised us that the nomination process will be done in a democratic way. I am sure I will fly the flag of the party,” he said.