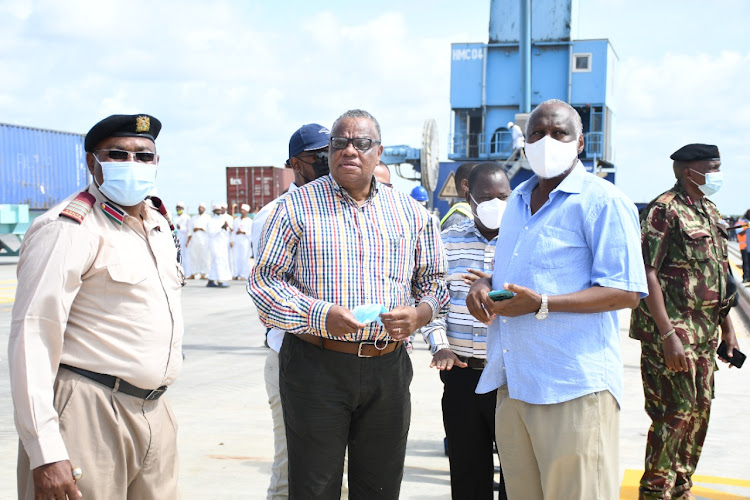 The Port of Mombasa's performance is improving dramatically, as throughput increased by 11.8 per cent.

That percentage increase surpassed the target by 0.5 per cent, the Kenya Ports Authority announced.

During the same period, total containers registered a 15.3 per cent increase to record 754,148 Total Equivalent Units (TEUs), up from 654,054 TEUs registered in a similar period last year.

He spoke on Monday when he received the second transhipment vessel, the MV Spirit of Dubai at the Lamu port.

However, during the period under review, there was a decline in terms of transit traffic, which dropped by 5.4 per cent and registered 4.73 million tonnes against 5 million tonnes last year.

The negative performance is attributed to the decreased handling of cargo for Uganda and Rwanda by 208,811 tonnes or 5.5 per cent and 119,702 tonnes or 57.4 per cent, respectively.

“The reduction in the regional economic activity is projected to continue into the next quarter of the year. However, we look forward to increased business volumes in the remaining half of the calendar year,”  Mwangemi said.

For Uganda, this was attributed to the general elections, the resurgence of Covid-19 in the region and the resultant economic lockdowns in Uganda and Rwanda.

Mwangemi was officiating his first activity in his capacity as acting KPA managing director.

“We shall enhance collaboration with all our customers and stakeholders. We are therefore  actively open to constructive views towards improving efficiency and overall trade performance in the region,” Mwangemi said.

The arrival on Monday of the MV Spirit of Dubai at Lamu port to pick transhipment cargo destined for  Jeddah in Saudi Arabia was a milestone since the port went into operation on May 20.

“The dream of spearheading transhipment business has now become a reality at this port which was put into operation two months ago,” Mwangemi said.

“Now,the arrival of MV Spirit of Dubai in less than a week, inspires confidence and helps raise the profile of the Port of Lamu on the global map,” he said.