There were about 40 turtle nests at the Malindi Marine Park ,10 hatched and went to the Indian Ocean

• Community scouts have supported cleaning of the beaches from Scorpio villas to the Jacaranda area which has helped created a conducive environment for hatching .

• Developments along the beaches have also forced turtles to adapt and change locations where they used to hatch before.

The scouts and KWS rangers have been able to protect turtle nests where more than 3,000 turtles hatched and returned to the Indian ocean.

So far 40 nests are at the Malindi Marine National Park and 10 have hatched successfully due to the conservation efforts.

Sgt Abu Bocha from KWS Malindi said they were happy to have nest breeding in Malindi, adding that the place is more secure  than others  and people are very alert to them.

In an interview with the Star, he said all nests were in good condition as there was enough security to protect them from any harm.

Bocha also said there were also so many turtles within the marine protected areas with many coral fish species.

“We have many types of turtles although the most common ones are green turtles, although we get also hawksbill turtle in very small numbers which all breed in our area and they are all okay,” he said.

The high number of turtles that hatched in one nest, he said, was 150 while the lowest is about 60  due to the translocation.

Bocha said turtles are endangered species because they are faced with a lot of challenges which begin at their very younger stage.

“From the young age to maturity takes almost 24 years and when they are all hatched, they are faced with a lot of challenges.There are crawlers, crabs which are eating them. Fish also hunt the young turtles." he said.

Anthony Kithi, the head of KWS community scouts in charge of turtle conservation within the Malindi Marine Park, said they have been in the frontline in conserving the sea creatures.

He said they have been collecting waste along the shores of the Ocean from Scorpio to Jacaranda in Watamu to ensure there is no plastic waste, which sometimes are swallowed by the turtles who think they are jellyfish.

“When we came at the Marine Park there were very few turtle nests but to date we have 37 nests,” the scout said.

He said normally a turtle lays between 50 to 200 eggs but at the Malindi marine park the highest number they got was 159 eggs.

After laying the eggs, he said, it takes 45 to 60 days for them to hatch,  adding that out of 1,000 young turtles that hatch only one per cent make it to maturity.

Kithi said it's necessary to protect  the sea turtle because they have been targeted by poachers who believe the sea turtle meat and its oil help provide male virility.

“The successful hatching rate of the nests that we have here is about 80 percent which is a clear indication that the numbers of turtles will rise soon,” he said.

Lydia Akoth from KWS said developments along the beaches have forced the turtles to relocate their hatching areas as private developers built on some of their resting grounds.

She said the challenges make turtles to adapt the new changes because of the human activities along the shoreline where they normally hatch.

During the World Ocean Day KWS conducted an underwater clean= up  within the marine protected area and revealed there was no waste. 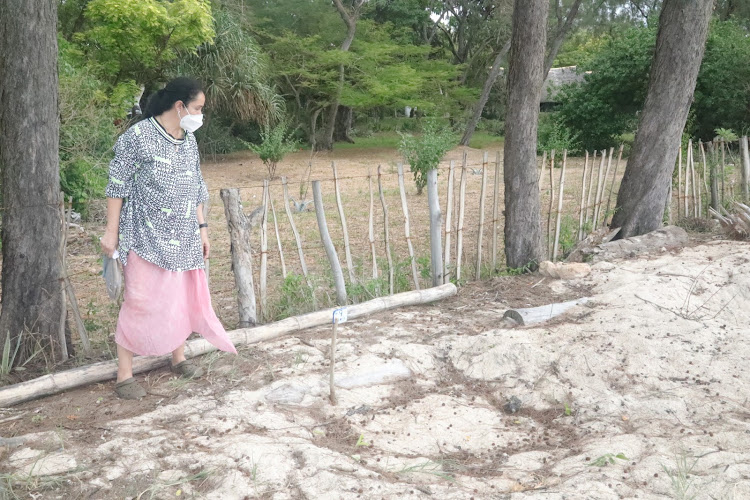