Mudavadi’s ANC at the Coast to woo supporters 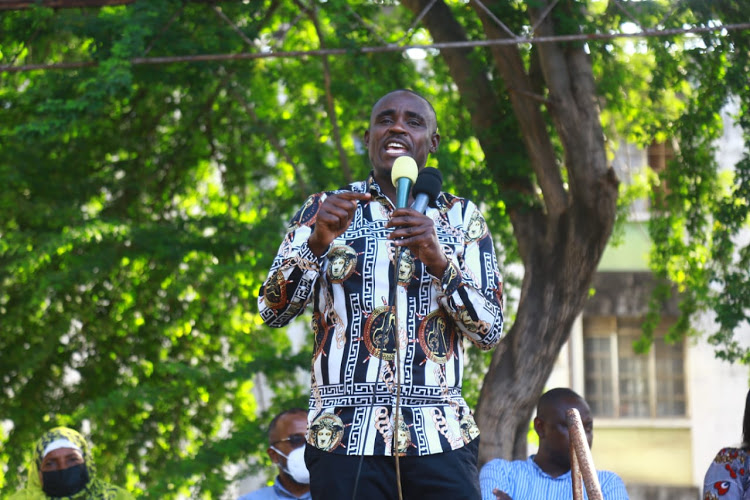 The Musalia Mudavadi led party has continued to rally support in Mombasa for the party leader's presidential bid.

The ANC party on Thursday held a meeting with aspirants seeking different elective posts in Mombasa.

The senator said that during the NASA Coalition negotiations, parties agreed that the presidency was going to be rotational, and time has come for Raila to step aside and let someone else lead.

He accused ODM for failing to protect the coastal people against the transfer of port operations to Nairobi and Naivasha Inland Ports and the directive to transport all cargo via SGR.

Malala said these directives have been hurting the coastal economy.

“ODM leaders were very vocal against this, but where are they now? Since the handshake took effect they have left you to suffer alone as the economy cripples,” he said.

Malala urged the coastal people to unite and rally behind Mudavadi promising that the party was keen to empower women by giving them equal opportunity to vie for elective positions.

ANC chairman Lunani asserted that Mudavadi will be on the ballot box next year adding that they will traverse the country to amass support to realise the dream.

Secretary general Mwakiringo urged Mombasa people to register with the party and turn up in large numbers to vote.

Mudavadi is expected to tour the coast from July 26.

The party has been on a tour of the coast region since Monday.

The tour heads to Kwale county as they target to register 10,000 members in the region by end month.