The Sh300 million project is expected to boost sports tourism in Mombasa. 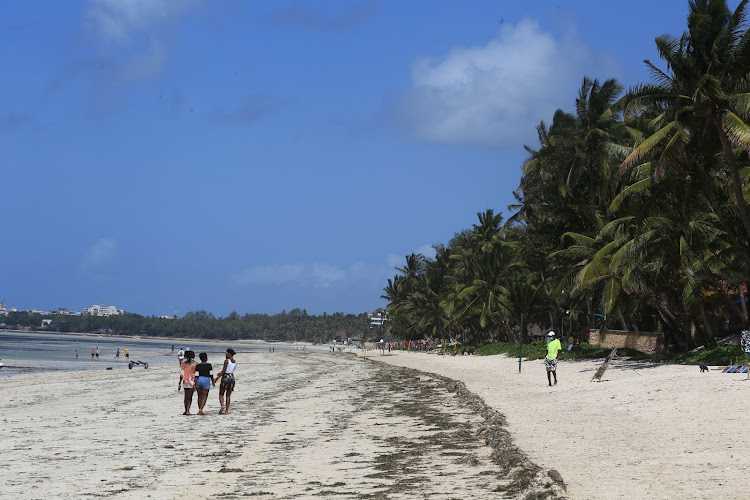 The remodeling of Mombasa's famous Pirates Beach will commence on Monday, more than a year after it was closed.

County tourism, trade and investment chief officer Asha Abdi on Wednesday said they will hand over the site to the contractor on Friday.

“The contractor will then start work on Monday,” Abdi said.

She spoke on the sidelines of the launch of the training of 600 beach operators on hospitality.

Governor Hassan Joho is expected to officially break the ground for the remodeling early next month.

The remodeling of the public beach, at a cost of Sh300 million, will see modern stalls and eateries put up and many other social amenities and sporting facilities.

This is expected to boost local and international tourism as the industry players gear up for more business with the country slowly returning to normalcy amid the Covid-19 crisis.

According to the county government, an iconic gate, a two-storey parking lot and a pedestrian walkway will be built. An administration block that will house a tourist information centre, an aquarium and an amphitheatre are some of the new structures that will also be put up at the beach.

Players in the creative arts industry will also have an opportunity to showcase their talents within the amphitheatre.

The county says it has a list of all traders and beach operators who were at the beach before its closure in June last year to allow for remodeling.

Last year, Abdi said the traders and operators would be given first priority in terms of allocation of spaces when he project is complete.

The Sh300 million project is expected to boost sports tourism in Mombasa.

Abdi said the works will take at least a year to complete.

However, the traders who were displaced to pave way for the works say they have been waiting for too long with no compensation from the county.

“We have been out of business for more than a year now. The county should have at least sorted us out in terms of compensation,” said Aisha Ndinda, a trader who has been at the beach for over 15 years.

Abdi however said the long wait will bear fruit.

“We are looking at long-term benefits. The year it will take to complete the project may look long for now but once complete, the benefits to accrue will be more than the wait,” the chief officer said.

She said coastal cuisine that will be served in the eateries to be established at the beach will also form part of the major attractions.

The beach product, Abdi said, has not been fully exploited. She said focus is now on enhancing domestic tourism.