The operation is being conducted by DCI officers in conjunction with other security agencies. 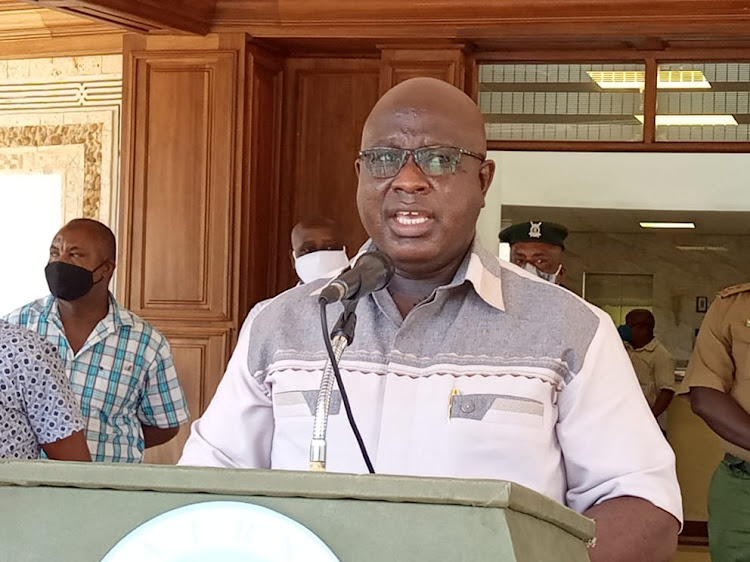 Police in Kwale are pursuing leaders of gangs terrorising commuters along the Likoni-Lunga Lunga highway.

The criminals terrorise and steal from residents and passers-by at night.

The operation is being conducted by DCI officers in conjunction with other security agencies.

"We are digging to find more about these groups and their organisers," Kanyiri said.

The police have so far identified "Wuesi" as one of the many groups that disrupt peace and harmony in the region.

Kwale has been constantly on police radar for harbouring terrorists, drug peddlers and child traffickers.

Some of the suspected criminals are below the age of 18.

Recently, police gunned down a suspected al Shabaab militant and badly wounded two others at Bombo in Matuga constituency.

The three were planning to attack security establishments to acquire firearms.

Similar police operations to flush out terrorists from their hideouts have been witnessed in Ukunda, Denyenye and Ng'ombeni among other areas.

The region has been experiencing new trends of insecurity with fresh criminal squads emerging.

In April, the county security team raised the alarm over rising incidents of theft in Kwale and Diani towns.

The majority of the cases involved break-ins and robbery.

The team reported that an unknown group of people was making circles ransacking homes and shops targeting valuable electronic gadgets.

In May, police gunned down two suspected armed criminals for attempting to commit theft in Ukunda

The same month, a suspect was lynched by an angry mob following a botched robbery in a shop in Tiwi.

He warned of stern action against the criminals, saying once found they will face the full wrath of the law.

"If we ever come across these gang leaders they will be tried in a court of law and severely punished for their actions," the administrator said.

He advised the youth to find alternative sources of generating income rather than participating in crime.

At the same time, the county commissioner cautioned the public against attacking visitors on allegations of practising human trafficking.

His warning follows several incidents where some people in Kwale were reported to have been harmed by a mob after being accused of trying to kidnap children.