Residents say state promised them aid but has not been consistent 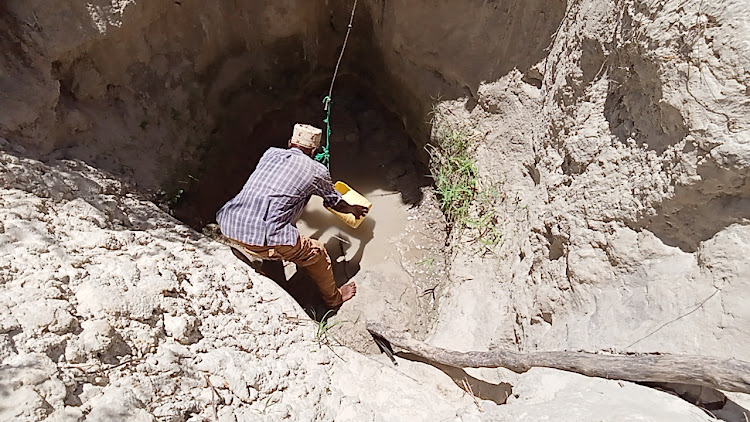 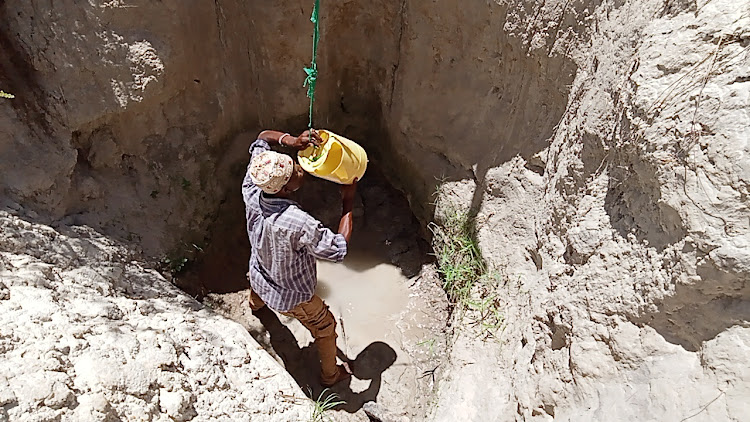 Residents of Pandanguo, Jima and Madina villages in Lamu East are staring at starvation following an acute shortage of food and water.

All the three villages border the infamous Boni Forest and are home to the Boni community who are traditionally hunters and gatherers.

The community has for decades sought for food and water from the forest which remains their major lifeline.

The forest was however declared a no-go zone by the national government following the commencement of the Linda Boni security operation meant to flush out al Shabaab militants.

The militants are believed to be holed up inside the forest from where they hide and retreat before and after launching terror attacks on parts of Lamu and other counties along the Kenya-Somalia border.

Since then, the traditional lifestyle of the Boni people has been interrupted forcing the community to venture into modern farming.

The national government had equally pledged to support the Bonis until the security operation is over but the community says the support hasn’t been consistent.

He said boreholes, wells and water pans had dried up leaving residents and livestock on the verge of death.

“We have tried farming mostly maize, cassava, simsim, green peas and others but the drought won’t allow us to harvest anything. This is the second planting season that we walk away empty handed. We are going to die of hunger. Our animals are already dying from lack of water,” Golja said.

In recent times, the government opened up sections of the Boni Forest for access by the community to collect food and water.

Boni community leader Makka Bullo however says the lack of rains has also resulted in the lack of honey and wild fruits which they rely on for food.

They now survive by digging up and eating wild roots as they await for aid from the county and national governments or well-wishers.

“We need food and water urgently or else we will die. We cannot feed on roots forever,” Bullo said.

Residents of Jima and Pandanguo scramble for salty water from the only remaining well which is in Pandanguo.

“There are over 2,000 of us from the two villages and this well is not even close to enough. It's normally a fresh water well but the drought has turned it salty,” headman Ali Sharuti said.

The communities are blaming the government for cutting off relief aid promised to them for as long as the security operation remains in force in their areas.

“They called us elders and told us they would ensure we have food, water and medical aid for as long as they are using our forest. They knew that’s where we get all our food and water and medication from. They only did so for a few months then abandoned us,” elder Mussa Sharuti said. 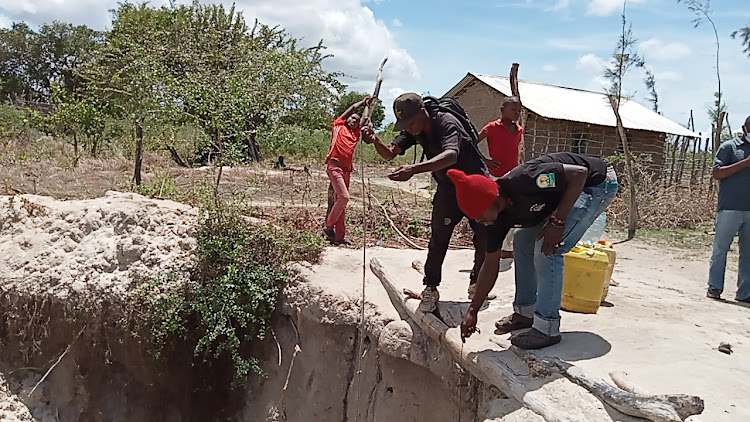 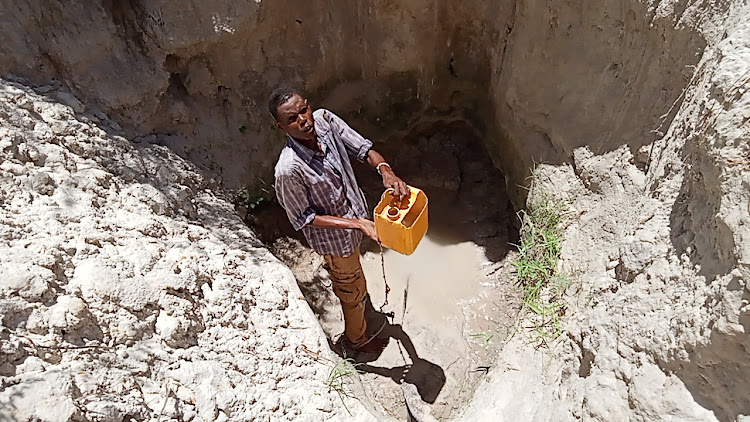