Sh10m boat to ease access to justice in Lamu 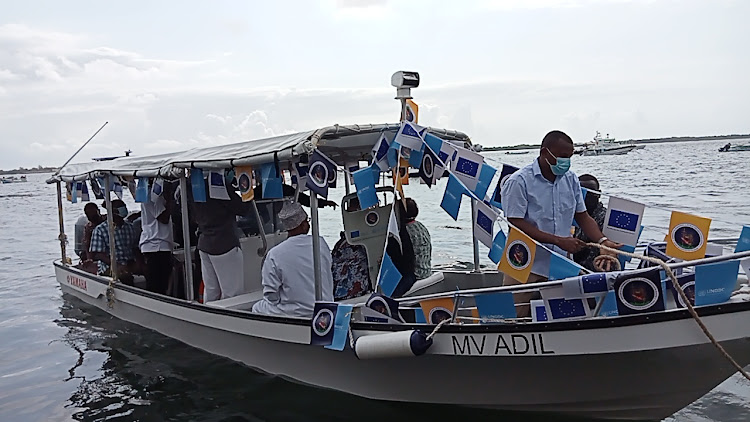 The DPP and other officials aboard the newly launched MV ADIL in Lamu island on Monday.
Image: CHETI PRAXIDES 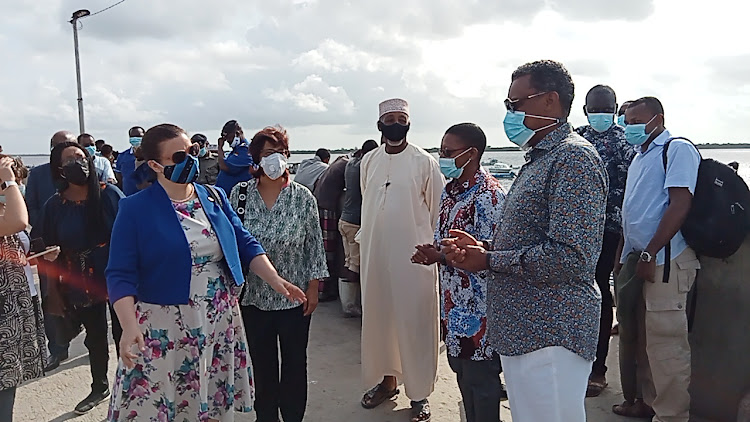 Lamu residents living in far-flung islands will no longer have to endure long hours at sea travelling to access the Lamu court.

The office of the Director of Public Prosecution has launched a Sh10 million speed boat to facilitate movement of prosecutors to far-flung areas.

The boat, which is a sponsorship from the European Union, is meant to enhance access to justice to all county residents regardless of how far their villages are.

The vessel christened MV ADIL was launched at the Kenya Ports Authority jetty presided over by DPP Noordin Haji and EU Ambassador Katrin Hagemann on Monday.

The vessel will facilitate the mobility of the ODPP staff and other criminal justice actors covering mobile court sessions in the over 60 islands of Lamu.

All these islands are located hundreds of kilometres apart and can only be accessed by engine boats, a costly affair.

Speaking when he received the boat from the EU official, Haji noted that challenges encountered by the people of Lamu in accessing justice became apparent when the ODPP and other stakeholders in the criminal justice system conducted a one-week engagement with the community in 2019 dubbed All for Justice’ initiative and community dialogues.

“The remoteness of these islands, lack of legal awareness, logistical costs for both law enforcement and witnesses to attend to court, witness apathy and the risk of prisoner escape are key challenges facing the justice sector in Lamu," he said.

The DPP said he had witnessed first-hand the pain, suffering and injustice occasioned on the residents of Lamu due to their inability to access justice.

Haji also pointed to the reliance by criminal justice actors on commercial means of transport to access the court, insecurity, lack of adequate mobile courts among others as part of the challenges facing the justice sector in the region.

The DPP expressed confidence that the acquisition of MV ADIL will make the ODPP better equipped and placed to reach those that were previously unreachable.

“We appreciate the support from EU through the United Nations Office on Drugs and Crime-UNODC for facilitating the acquisition of this boat to ensure justice reaches all. This boat will enable justice actors to go beyond their limits to serve the people of Lamu and by extension the people of Kenya,” said Haji.

Hagemann said the boat is part of a bigger project called the Programme for Legal Empowerment and Aid Delivery in Kenya.

She expressed confidence that the vessel will fast-track cases and ensure justice is administered to the citizens wherever they are.

“It is important that the justice sector has its own boat so that it can have the possibility to get to all of you and administer justice where the people are. When people see justice administered where they are, they will start trusting in the system. They will also trust the system even more when they see justice working for them and that’s among our key priorities,” said Hagemann.

Also present at the ceremony was Malindi High Court presiding judge Reuben Nyakundi who termed the launch as a new dawn to the administration of justice in the region.

“What justice requires is both physical, hardware and software infrastructure as a carrier to enable administration of justice to be effective and efficient,” said Nyakundi.

He noted that places like Lamu and Tana River have unique circumstances logistically, geographically and environmentally that require extra effort to ensure justice reaches all. 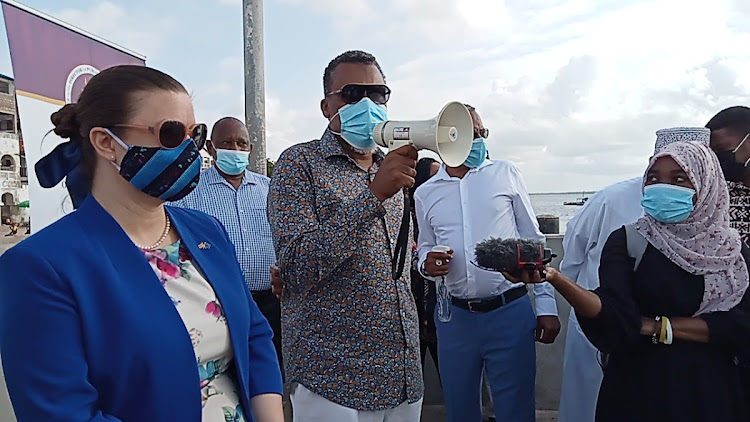 The DPP Noordin Haji speaks during the launch at the KPA Jetty on Monday.
Image: CHETI PRAXIDES 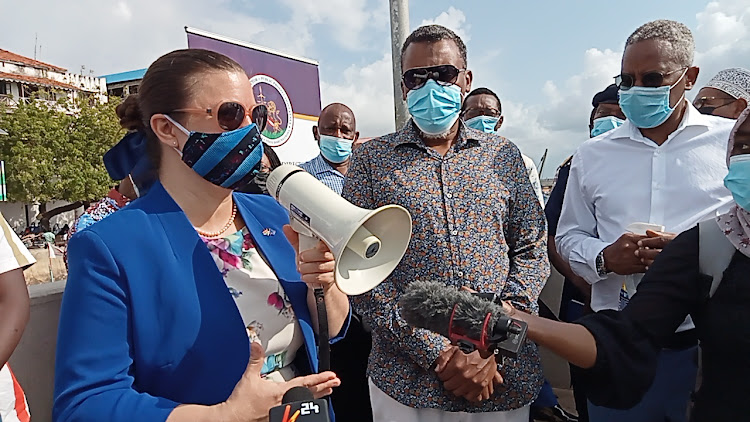