It was discovered by residents about a kilometre from where it was buried three months ago. 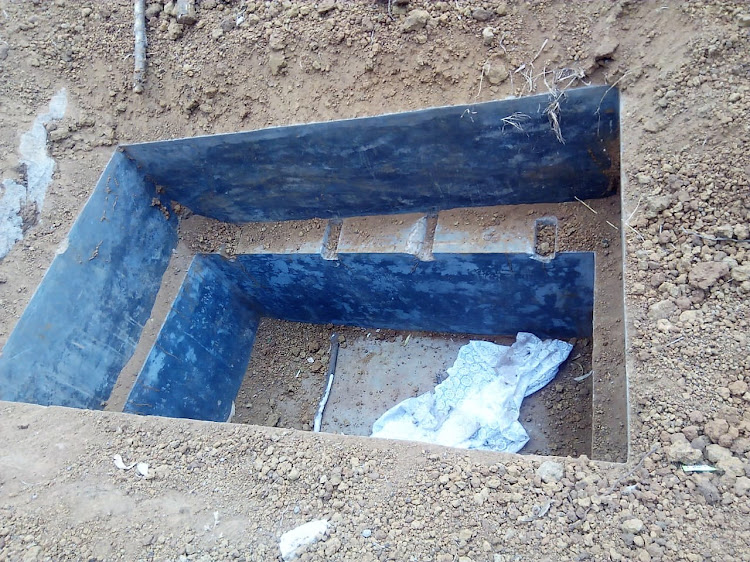 EXHUMED: The grave of Fatuma Mwero after her body was exhumed on Monday in Mazeras, Kilifi county
Image: ELIAS YAA

The body of a Kilifi woman that went missing from her grave last week has been found.

Rabai subcounty police commander Fred Abuga said the body was discovered in a thicket by residents about a kilometre from where it was buried three months ago.

“Residents saw the casket in a bush around the area and they alerted the police. We went there with the family who identified the body which was still in the casket,” Abuga said.

The family led by Mwero’s husband Daniel Lwambi made a frantic search and were even contemplating burying a banana trunk in the grave.

“In our culture we cannot leave a grave open. If we will not find the body then we will have to bury a banana trunk,” Lwambi had said.

The body was taken to Coast General Teaching and Referral Hospital as police continued with investigations.

“We took the body to the mortuary because we need to establish the motive behind the exhumation. We are yet to make arrests but we are closely following up on the matter,” Abuga said.

Lwambi suspects his wife’s body was exhumed because of a land row pitting him against a Mombasa-based tycoon.

He said the tycoon has on many occasions tried to take away the land from him.

“He even forged a number from another county claiming it was his land. He tried to stop the burial of my wife but we buried her,” he said.

Lwambi expressed gratitude that his wife’s body had finally been found but he is still not at peace as he is not sure what will happen after he buries her again.

“Yes the body has been found and taken to the mortuary. We are not sure who is behind the whole thing. This gives me sleepless nights as he may exhume the body again once we rebury my wife,” he added.