The Sh4.5 billion bridge is expected to be completed in April next year.

• The project is going to displace some fishermen and families, whose livelihood is dependent on the creeks.

• The Kenya National Highway Authority has said plans are underway to identify those who will be affected by the project and they will be compensated. 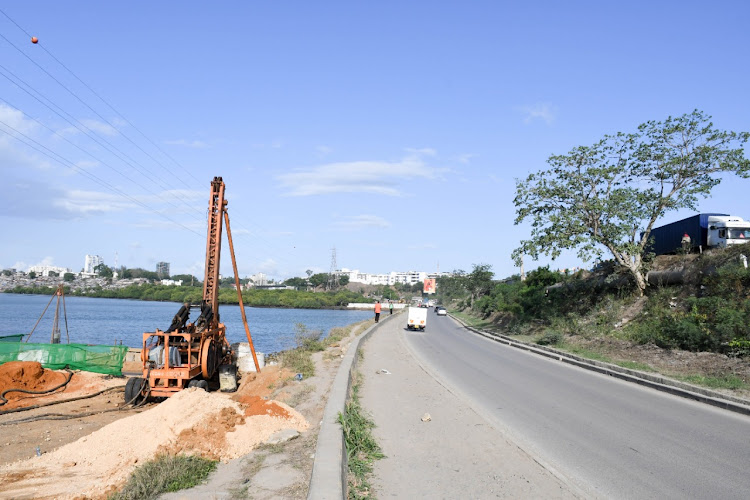 More than 400 families in Kibarani, Tudor Creek and Shimanzi will be displaced by the construction of the Sh4.5 billion Makupa Bridge.

The 457-metre-long bridge, which was launched by President Uhuru Kenyatta last year, will replace the old causeway that was constructed in 1929.

The 365-metre-long causeway had blocked the free-flow of water from Tudor Creek into Port Reitz Creek. It also affected fish breeding grounds.

Mombasa Beach Management Unit chairperson Mercy Mghanga said although they don't oppose the project, it will displace families whose livelihoods depend on the creeks.

Mghanga spoke to the Star on Tuesday on the sidelines of the World Oceans Day celebrations at Mombasa Beach Hotel.

She said fishermen are always affected by most government projects along the coastline, but they are never adequately compensated.

“In many instances, the government projects render fishermen jobless. For example, the dredging of the Mombasa port adversely affected the fishing activities in the Port Reitz area,” Mghanga said.

However, the Kenya National Highway Authority has said plans are underway to identify those who will be affected by the project, and they will be compensated.

In a phone interview with the Star, Kenya National Highways Authority senior engineer Eric Wambua said plans are being developed to relocate those who will be affected.

“We are going to conduct a case study of all those who will be affected by the project and see how to address each issue,” he said.

Wambua said the project is still in its initial stages at only four per cent. He appealed to residents to be patient as all pending issues will be addressed.

The contractor, China Communications Constructions Company, is laying the foundation of the bridge.

The bridge is expected to be completed in April next year.

At the weekend, Kenha board members made a field tour to inspect multibillion-shilling road projects across Mombasa county.

Ndirangu said they were satisfied with the construction works as projects on the main Mombasa-Nairobi road network will help ease traffic.

He also said Makupa Bridge will bring to an end the aquatic life interference, a thing that has been of concern to marine experts over the decades.

Once complete, the Sh28 billion Changamwe roundabout interchange section will allow for free flow of traffic, paving the way for heavy trucks to access the Port of Mombasa and act as a thoroughfare for commercial trucks leaving the port.

Soon, Kenha in conjunction with Kenya Power will begin relocating power lines ahead of the commissioning of the interchange. 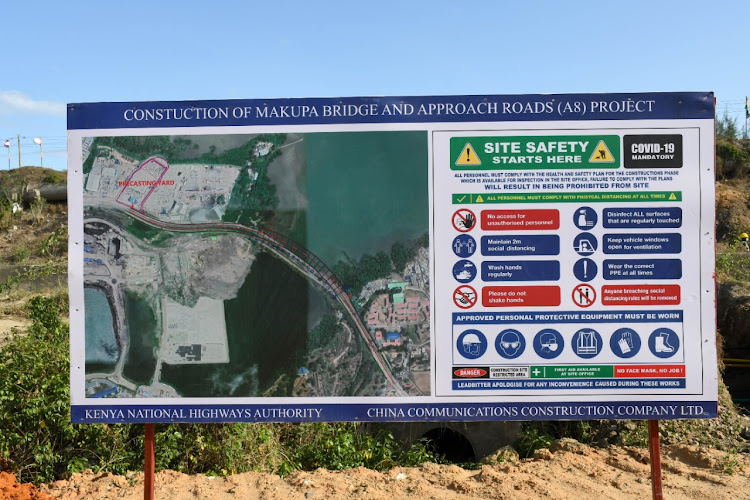