War on contraband intensified as 800 bags of sugar destroyed 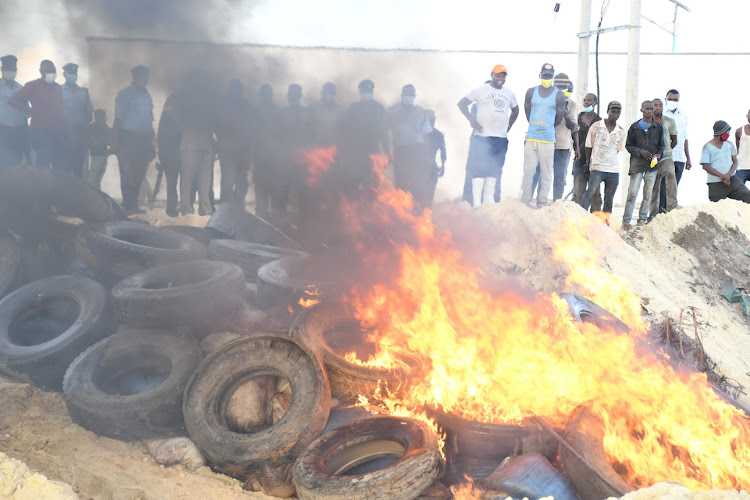 Authorities have intensified the war on contraband goods at the Coast amid growing concerns over their influx into the region.

Coast regional commissioner John Elungata on Saturday oversaw the destruction of 800 bags of contraband sugar worth Sh4 million at Kibarani.

This follows yet the destruction of Sh14 million worth of sugar seized in January.

Elungata warned traders that they will have their licences revoked if they are found selling contraband goods in the premises.

National Crime Research Centre data shows that sugar is the most smuggled contraband into the country.

Sugar formed 48 per cent of all the 789 incidents of smuggling reported in 2019.

This can be attributed to the policies that the government has put in place that seek to protect the local sugar industry.

Since 2002, Kenya has sought to protect the local sugar industry by imposing import quotas from the Common Market for Eastern and Southern Africa countries.

This limiting of sugar imports has kept the prices of the commodity high, making it lucrative to import illegally.

The contraband is imported from foreign countries like Brazil and repackaged into new 50kg bags and passed off as sugar from Comesa.

The illegal goods mostly find their way into the country through illegal routes across the porous borders with countries like Somalia, Tanzania, Uganda and even Ethiopia.

Elungata said more and more small scale traders are getting caught up in the contraband deals.

“The illegal trade benefits individuals who are out to destroy the country’s economy by evading paying taxes and who do not care about the health of residents,” he said.

According to National Crime Research Centre, other popular products smuggled into the country include alcohol and illicit brews (28 per cent), illegal drugs such as cocaine and heroin (25.2 per cent), cereals (23 per cent), clothes, shoes and handbags (12.8 per cent), charcoal/coal (12 per cent) and wheat and maize flour (11.3 per cent).

“Kenya-Ethiopia and Kenya-Somalia borders are famous for sugar smuggled from Brazil. The bulk of the contraband sugar impounded in the country is smuggled through the Somalia border,” said the National Crime Research Centre in the study.

Kenya sugar annual report shows that production cost is estimated at more than $600 (Sh65,000) per tonne, twice that of other key sugar-producing Comesa countries, making the country an attractive export market.

“That is why you see some of our sugar factories doing badly,” he said.

The regional commissioner said the latest destruction at the Kibarani dumpsite follows in the footsteps of another consignment of contraband sugar seized from wholesale markets in January this year.

“Early this year we destroyed sugar worth Sh14 million seized from wholesale markets and supermarkets in Mombasa,” he said.

However, he expressed confidence that with the multi-agency approach that the government has taken, the war will be won.

The destruction, he said, is meant to send a message to those taking part in smuggling of goods through porous borders, that the government is on high alert.

“We are on the lookout for smugglers and dishonest traders who have continued to take part in illegal businesses despite repeated warnings,” he said.

He said measures to tame smuggling at the border points were bearing fruit, noting that a number of traders suspected to be involved in smuggling had been arrested and charged in the recent past. 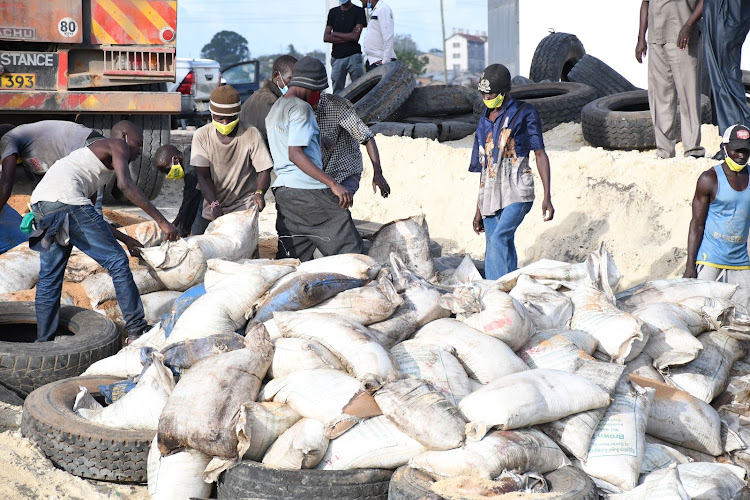 WAR ON CONTRABAND The 800 bags of contraband sugar set for destruction at Kibarani, Mombasa on Saturday.
Image: BRIAN OTIENO 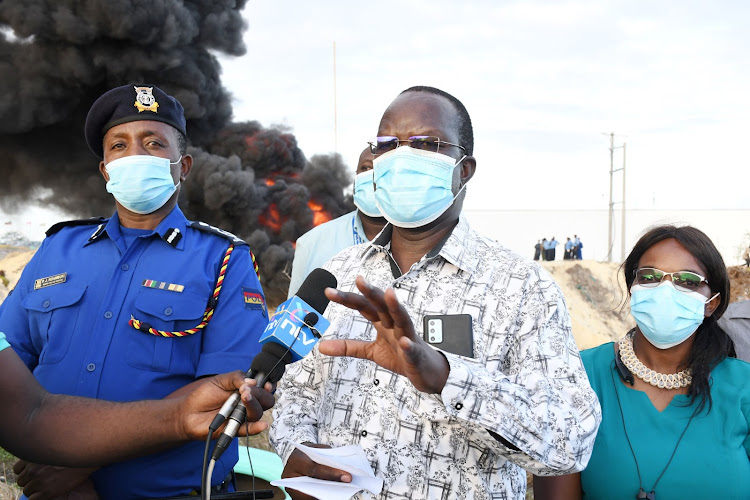