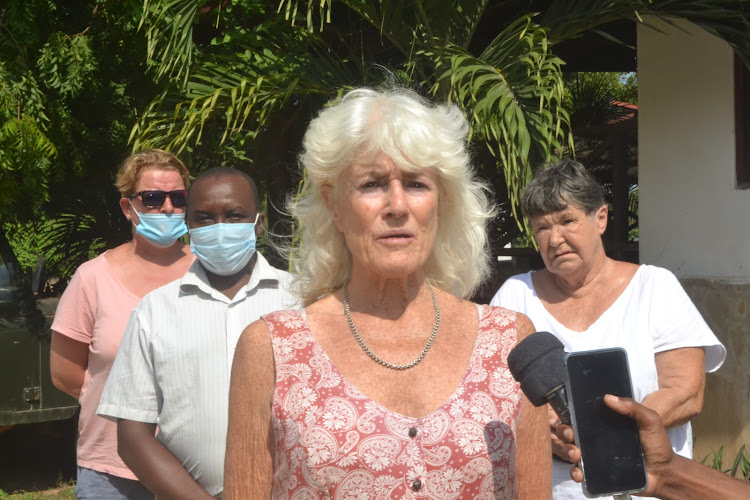 Lissa Reuben who has lived in Malindi for over 20 years speaks to reporters near the dumpsite at Casuarina
Image: ALPHONCE GARI 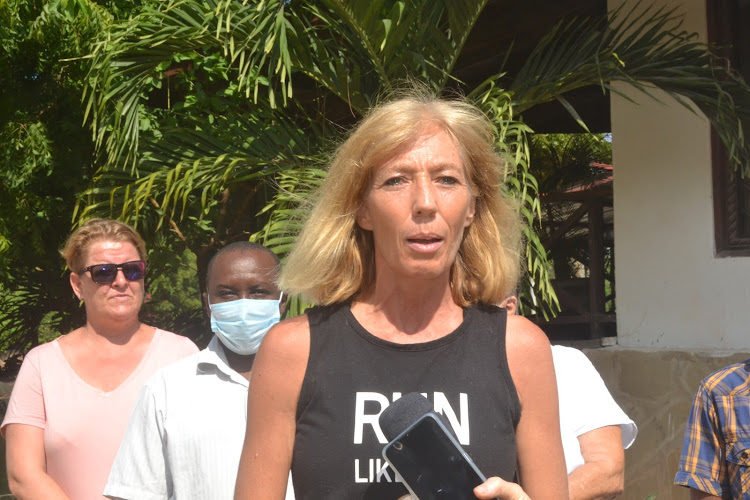 Malindi residents are up in arms about the burning of garbage at the Casuarina dumpsite which they say is choking them with toxic fumes.

Casuarina is Malindi's main dumpsite and is situated close to the posh Casuarina and Muyeye estates in the heart of the resort town.

The dumpsite is full and with no alternative, the Kilifi county government often resorts to burning the garbage.

Residents say the burning, which goes on day and night, has left them choking in toxic fumes.

Many said they were already suffering chest problems, bronchitis and severe headaches due to the toxic smoke.

The Malindi municipality also received Sh230 million from the World Bank to establish a recycling plant. That is yet to happen despite pressure from the Progressive Welfare Association of Malindi.

Erena Goodwin said the toxic fumes have worsened the situation for those with underlying conditions.

“I'm suffering from throat and lung damage and my son is very asthmatic. My staffers are all deeply affected with head pains and chest pains and we feel we need to be a voice also for the voiceless who live in the vicinity,” Goodwin said.

She spoke at Casuarina. She has lived in Malindi for over four decades.

Goodwin said Muyeye is a highly populated estate and residents will greatly suffer from the toxic fumes.

Most children found not breathe properly last year when the county burnt the garbage during the lockdown, she said.

She likened the situation to living in a warzone. Goodwin called on authorities to quickly address the matter.

The dumpsite was established in 1972 when Malindi was considered a small village. It has grown into a big resort town.

“In the last 50 years, we have grown 10 times and we are supposed to be a tourist destination. The dumpsite is now producing between 50 and 80 tonnes of waste per day but nothing has changed, this has become a major health hazard,” Goodwin said.

She said it was time the dumpsite was relocated.

Another resident Lissa Reuben who has lived in Malindi for the last 20 years said the dumpsite was a major health hazard.

“We need to look after people’s health because many are suffering. It's absolutely worrying that this is allowed to continue yet we are just a stone throw away from a marine park which is a biosphere,” she said.

She said it was puzzling that while stakeholders were working to bring back tourists after the Covid crisis, the county was stoking a silent killer in toxic fumes.

She said the fumes were more dangerous than Covid-19.

“I have headaches, sore throats I don’t realize in the morning but just wake up and find I have no energy, I can’t move," she said.

Muyeye resident Wilson Macharia said his breathing was already affected. He said it was like a routine that every year when the garbage is burned, he has to develop breathing problems.

“It has been the norm that every rainy or windy season if I go to the hospital, I am diagnosed with something related to the breathing system and I'm 100 per cent sure it occurs because of the smoke from the dumpsite,” Macharia said.

Nema director in charge of Kilifi George Oyoo said they had warned the county against burning toxic waste.

He said the county government has been continuously ignoring their directives.

Oyoo said there was a team compiling a report to be forwarded to the director-general for action.

Malindi municipality board acting chairman Geoffrey Katsole said they have advertised a tender to put up a solid recycling plant at the dumpsite.

"But in addition, I have also asked the manager to call for a meeting with all stakeholders to have a roundtable discussion on the matter so we can find a lasting solution," Katsole said.

Post a comment
WATCH: The latest videos from the Star
by ALPHONCE GARI Correspondent, Coast Region
Coast
26 May 2021 - 22:00
Read The E-Paper