She does not know which state or city she is in Lebanon.

• The mother of two travelled to Lebanon to fend for her children after life became unbearable in Kenya.

• In WhatsApp messages and voice notes, Zena is heard complaining of the thorough beatings she gets from her employer and recruitment agents. 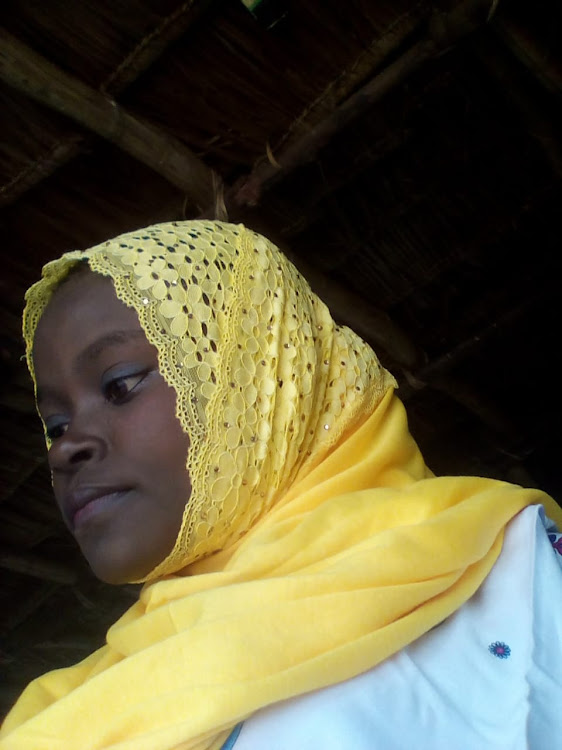 CALL FOR HELP: Zena Mzee Maulidi, the woman from Watamu who travelled to Lebanon as a domestic worker.
Image: BRIAN OTIENO

Barely four weeks into her sojourn in Lebanon for greener pastures, Zena Mzee Maulidi, a 23-year-old woman from Watamu, Kilifi county, has sent an SOS.

She wants out claiming her employer is mistreating her, denying her food and beating her.

Zena, a mother of two, travelled to Lebanon after life became unbearable in Kenya, especially after the Covid-19 pandemic hit the country.

“She used to cook food for construction workers in Watamu, but ever since Covid-19 struck, work has been hard to come by. She opted to look for recruitment agents to take her to the Middle East,” Nuru Hamisi, Maulidi’s close friend told the Star.

In WhatsApp messages and voice notes, Zena is heard complaining of the thorough beatings she gets from her female employer and recruitment agents.

“The woman I was taken to work for was not giving me food. She beat me. I called the police who came and took me away from the house to the [recruitment agency’s] office," she says.

Zena claims officers at the recruitment agency’s office also beat her up.

“I am now in the office. Whenever I call the agent in Kenya, he does not pick up my calls. He tells my family I am okay here, yet I am not.”

“In the office here I stay hungry. This man beats me up until my tooth aches and I am dizzy. They say if I don’t want to be taken to another house they will kill me. I don’t know what to do. Help me,” Zena appeals in the WhatsApp voice note.

She says the agents sometimes take away her phone to cut her communication with other people.

She does not know which state or city she is in Lebanon.

The Muslims for Human Rights has called for a fresh and more thorough cleaning of the recruitment agency industry in the country.

“It is too much now. It is like there are no regulations done for these recruitment agencies,” he told the Star on the phone.

Kenya banned recruitment of Kenyan migrant workers to the Middle East in 2014 as cases of mistreatment and torture soared.

The ban was lifted in November 2017 and the government introduced tough regulations to govern the industry.

These included furnishing the government with quarterly returns on the persons they have enlisted within that period, their personal details and next of kin.

Recruitment agencies were also required to pay between Sh500,000 and Sh1.5 million as a bond to ensure that workers are not mistreated and the cash can be used to buy them tickets back home.

The government also signed a bilateral labour agreement with Qatar and Saudi Arabia, which are the major markets for low skilled migrant workers.

However, Auma said these have not worked, and the recruitment business has continued to grow.

“It is high time Kenya completely bans export of cheap labour to the Middle East,” he said.

The Labour ministry estimates that about 100,000 Kenyans travelled to the Middle East every year to work as domestic workers before the Covid-19 pandemic hit the globe.

Auma said the reforms that Kenya said it had instituted were null and void.

“Human trafficking in the name of greener pastures is on the rise,” he said.

Muhuri blames corruption in Kenya for the situation.

He said corruption has triggered a domino effect that has resulted in the loss of jobs, increased prices of commodities, dwindling economy, increased borrowing, among other things.

“This has made life unbearable in Kenya and people are desperate to find alternatives in foreign countries,” Auma said.

He said illiteracy was also to blame.

“For example, one is told she is going to Dubai to work in a boutique, only to find themselves in Saudi Arabia where they end up taking care of sick children or the elderly,” Auma said.

Most of the workers cannot speak, read or write in English, thus they end up signing documents whose contents they do not know.

The government has in the past blamed domestic workers, saying they usually sneak out of the country.

Authorities pointed accusing fingers at the workers for failing to register themselves with Kenyan embassies in the countries they go to.

“They are just lazy and do not want to follow up.”

Post a comment
WATCH: The latest videos from the Star
by BRIAN OTIENO Correspondent, Coast Region
Coast
16 May 2021 - 22:00
Read The E-Paper