•The incident took place at around 9.30am at Border point 27, just a few kilometres from Ishakani village in Lamu East.

• The vehicle had three occupants, who worked at the Lamu-Somali border wall construction camp Usalama. 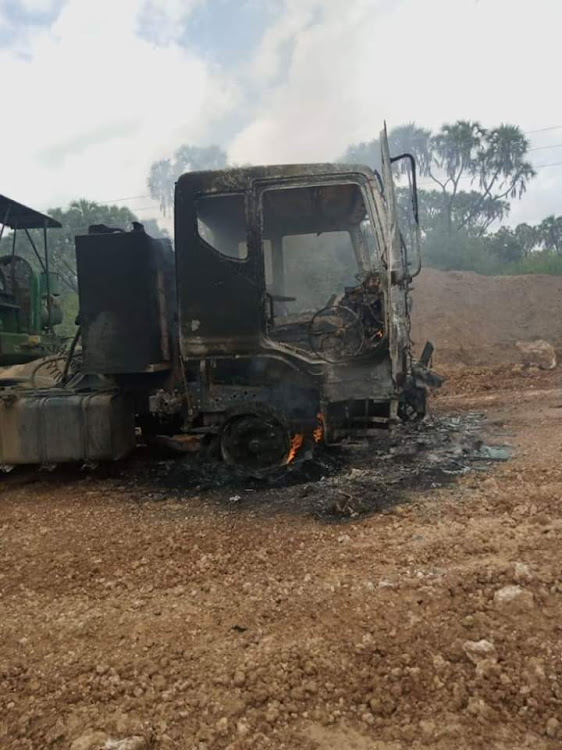 Tension is high at the border town of Ishakani in Lamu county following the killing of two people on Monday after their vehicle ran over an improvised explosive device.

The incident took place at around 9.30am at Border point 27, a few kilometres from Ishakani village in Lamu East.

The Somali-based al Shabaab terror group is believed to be behind the spate of the attacks in the region.

The vehicle had three occupants, who worked at the Lamu-Somali border wall construction camp named Usalama.

Confirming the deaths, Lamu county commissioner Irungu Macharia said the  Landcruiser belonging to a private contractor was extensively damaged in the attack.

He, however, called for calm and said the incident is an isolated one.

“We lost two people while one was injured. We strongly believe the IED was planted by al Shabaab militants. Our security forces are currently pursuing them,” Macharia said.

He also urged the public to cooperate with security agencies by providing any useful information that will help defeat terrorism in the region.

The attack comes barely a month after a water bowser heading to the Usalama camp ran over an IED planted by the militants killing one person on March 23.

In January 2016, five police officers were killed while three were injured when a Rapid Deployment Unit lorry they were in ran over an IED suspected to have been planted by al Shabaab militants along the Hindi-Kiunga road in Lamu county.

In early last year, the construction of the border wall was postponed for several weeks following insecurity and workers dispersed. They were later recalled in March of the same year to proceed with the work.

The 700km wall, dubbed the Kenya-Somalia Border Securitization Project, was mooted in 2015 to secure the country from attacks by al Shabaab terrorists.