- At the moment, Kenya imports 70 per cent of the pharmaceutical requirements and produces only 30 per cent, some of which is already being exported. 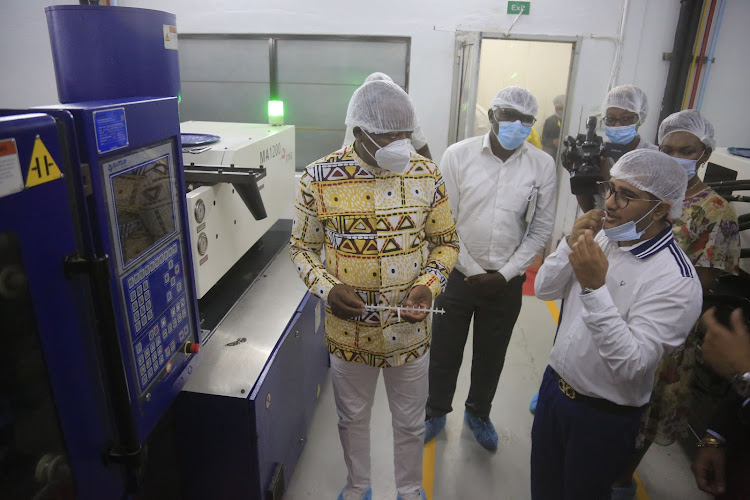 The government will start giving incentives to local manufacturers in a bid to increase the production of pharmaceuticals in the country.

Health CS Mutahi Kagwe said Kenya currently imports 70 per cent of the pharmaceutical requirements and produces only 30 per cent, some of which is already being exported.

“What this means is that there exists huge potential in the production of healthcare products that our country can take advantage of,” Kagwe said on Thursday.

Revital Health (EPZ) Ltd is already taking advantage of the gap and is producing medical products for both local consumption and export.

With the production of 40 products, Revital Health, based in Kilifi county, is arguably the largest medical factory in Africa.

“We have six products on the website of WHO PQS in Geneva,” said Revital Health chair Rajni Vora.

He spoke when Kagwe visited the factory on Thursday.

Vora said he believes in the “Buy Kenya, Build Kenya” mantra, adding that Kenya is one of the most highly educated countries in the world.

Revital Health will, in two week’s time, start producing antigen test kits for Covid-19, after getting all the prerequisite approvals from the government.

This will be the first such project in Africa.

Already, the firm has put Kenya on the global map in the fight against Covid-19 after it became the only company in Africa licensed to produce Covid-19 vaccine syringes.

Kagwe said it is significant that the factory is one of the few companies whose products have been approved by regulatory agencies in the US, Europe, Australia, Pakistan, among other countries.

“It is a proud moment that for the first time we have got a situation where syringes are being exported to Europe from Kenya,” Kagwe said.

The syringes were worth Sh4 million.

The West African nation became the first country to receive such syringes for use of its Sputnik V vaccine.

Auto-disable syringes are those that can only be used once. They are automatically disabled after use.

Revital Health is one of only six firms in the world approved by the World Health Organization to produce specialised syringes.

WHO granted Revital Health the licence to produce and sell WHO PQS-certified syringes including fixed-dose immunisation syringes 0.5ml, 2ml, 3ml and other sizes.

The approval made the Bill & Melinda Gates Foundation approach the firm in October 2020 to pre-plan for the vaccine syringes.

“The foundation has partnered with us so as to mass-produce the vaccine syringes for them,” Revital Health sales director Roneek Vora said.

Kagwe said Kenya has the potential to manufacture and export sophisticated products to other countries including Japan.

The CS said Kenyan firms are now breaking the ranks and reversing the export modes in the world where Africa used to only import technologically advanced items.

He said Kenya’s founding fathers had the vision to tackle health challenges and subsequent governments have made strides in that endeavour.

However, the country has had little focus on the local sophisticated production capacity, which needs to change, Kagwe said.

He said the Covid-19 crisis has opened Kenya’s eyes to the realisation that the country can manufacture sophisticated pharmaceuticals.

Today, more companies produce some of the hitherto imported goods, like personal protective equipment, locally with some even exporting them, the CS said.

“The demand for locally-produced commodities can only grow.”

“When you produce locally, you make the product available locally, so you don’t put yourself in a position where you are dismissed, looked down upon,” he said.

This also eliminates blackmail by countries that support Kenya, where aid and supplies come with strings attached.

Kenya has and will have no shortage of certain accessories in the vaccine roll-out because of firms like Revital Health, Kagwe said.

In March last year, Kenya had reagents for Covid-19 testing but no Viral Transport Medium (VTM) which meant testing could not be carried out.

“Today, you can cover not only our VTM requirement but also outside Kenya,” Kagwe told Revital Health.

He said the government will strive to improve the business environment for local manufacturing through legislation, infrastructure, and financial support.

For example, the government is spearheading a multi-stakeholder initiative that aims to explore mechanisms to support local manufacturing of all medical commodities in line with the Universal Health Coverage.

These include directives to procure locally available products from local manufacturers.

“We aim to reach at least 40 per cent from local manufacturers and suppliers,” Kagwe said.

He said they were working with the National Treasury and the Legislature to ensure laws are put in place to support local production.

These include reviewing bills in the health sector to make laws governing the industry more responsive to market demands.

“We wish to appeal to our lawmakers to expedite the proposal made through the Health (Amendment) Bill, 2020,” Kagwe said.

He asked MPs to carefully examine the Finance Bill that will be presented to the National Assembly by the National Treasury.

“In that Finance Bill is where we have presented as our proposals to the Treasury, ways to address the tax issues that have been a burden in terms of competitiveness of the suppliers,” Kagwe said.

He noted that Kenya has a tax structure where locally manufactured vaccines are disadvantaged via a tax and duty regime.

“We are working with the Treasury to ensure that we not only remove some of those taxes but indeed create incentives for local manufacturers so that they can also be creative in what they produce and they offer to our people,” the CS said. 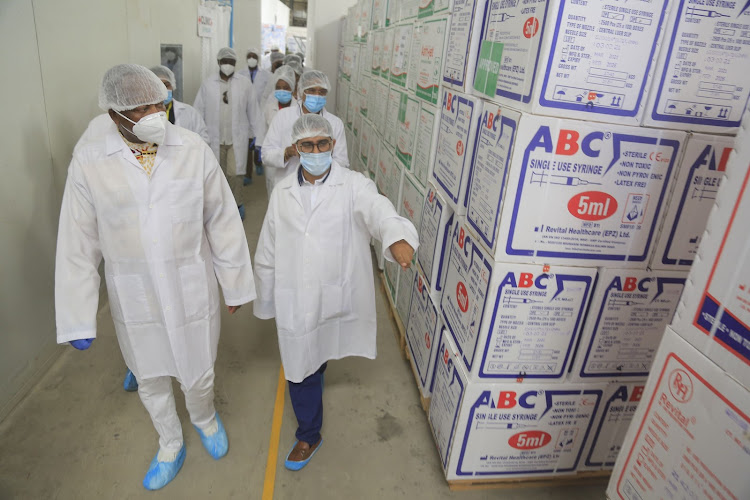 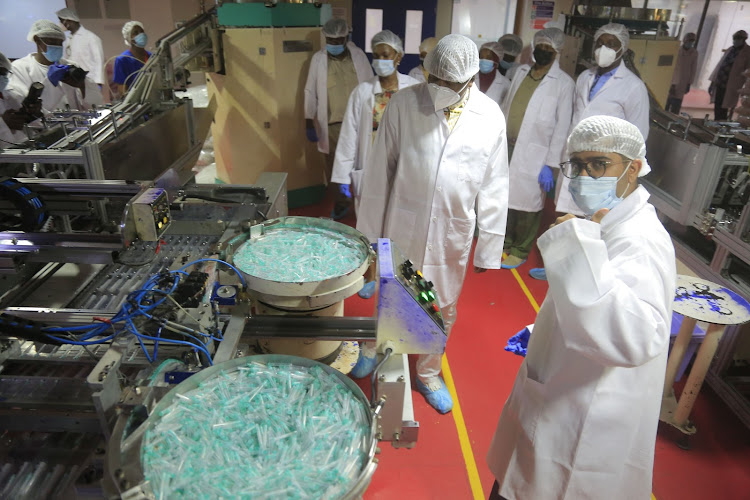 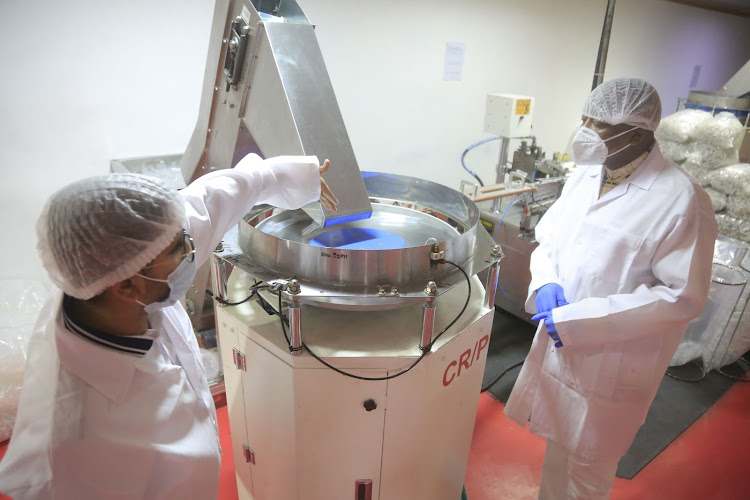