• Policy will give direction and ensure significant improvement in the empowerment of vulnerable groups to curb the menace. 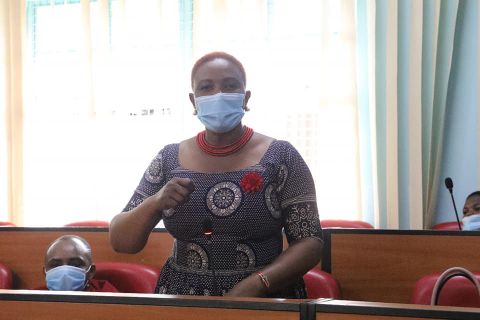 Gender and Culture committee chairperson Marther Kenio said the motion paves the way for the formulation of policies to tame rising GBV cases that are becoming rampant.

She said such a framework shall give direction and ensure significant improvement in the empowerment of vulnerable groups in line with the national policies meant to curb the menace.

“All the actors and stakeholders should rally around this policy to ensure that we all steer the county towards the desired position of eradicating sexual and gender-based violence,” Kenio said.

Kenio underscored the need to change the social attitudes of society in preventing SGBV, noting that the problem is affecting both females and males.

“This policy framework would help demystify misconceptions that women are the only people affected by SDGV. Men and boys are suffering in silence in fear of stigmatisation,” she said.

“The fight against SGBV is faced with ineffective enforcement of legislation, legal illiteracy and general lack of awareness on SGBV," he said.

“The county has lacked an efficient data collection of the cases and poor record keeping."

He said there is a lack of essential multi-sector and coordinated approaches to tame SGBV occasioned by poor monitoring and evaluation mechanisms.

Lack of DNA laboratories at the county level resulting in a weak chain of custody of forensic evidence has been blamed for acquittals of suspected sex pests.

It shall further support the establishment of SGBV response centres offering quality and comprehensive services in every ward, and at least one county referral centre.

Gender and youth chief officer Wallace Mwaluma said the county gender working groups are developing a data collection tool to be used to get a centralised SGBV.

“Reporting of cases in different departments has been cited as a major challenge towards data collection. With the new toll, all the data shall be put on a centralised platform, thus helping in fighting the menace,” Mwaluma said.

He said key stakeholders had already given input on the development of the tool.