Nyali MP Mohammed Ali kicked off the project, however Mombasa county askaris were sent to stop it

•Mombasa county government said they had already earmarked 48 public grounds for rehabilitation, Frere Town grounds and Tononoka among the first.

•They also said they are not aware of Ali’s project because the MP had failed to seek the required approvals from the county offices. 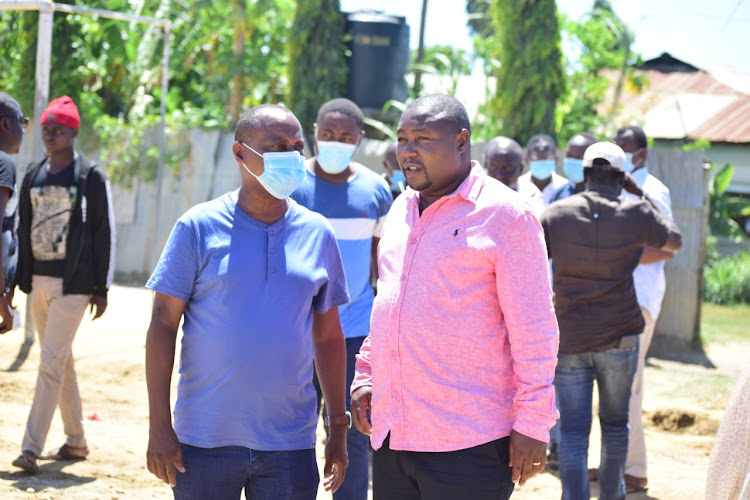 A conflict has emerged between the Mombasa government and Nyali MP Mohammed Ali over rehabilitation of the famous Frere Town grounds in his constituency.

The field, which has been in use since the pre-colonial period by the Frere Town descendants and for major political rallies in Mombasa, has been neglected for many years.

Last Thursday, Ali kicked off the rehabilitation of the grounds at the request of the Frere Town Primary School management and the Frere Town community.

However, immediately after the area MP mobilised equipment and workforce to begin the project, Mombasa county askaris were sent to stop the project.

“The county government of Mombasa has stopped us from constructing a perimeter wall and playing ground for Frere Town Primary School.

“The head of the county is trying to derail the development of projects in Nyali constituency through the inspectorate, senior government officials and police,” Ali said.

However, in its response, the Mombasa county government said they had already earmarked 48 public grounds for rehabilitation in the county; Frere Town grounds and Tononoka are among the first to be rehabilitated.

They also said they were not aware of Ali’s project because the MP had failed to seek the required approvals from the county offices.

Speaking on Saturday at Frere Town grounds, Mugabe said they are the rightful trustees of all public playing fields in the region.

“We will not allow individuals to trespass on public playing fields. Mombasa county government is the trustee of this land, which belongs to the Frere Town community,” Mugabe said.

He said they will upgrade the field to, Fifa Accredited Standards for Sh10 million.

The project will take between two to three months to be completed.

“This is phase two of the project, and will include; levelling the ground, fencing using a plastic-coated chain link that is not affected by rust and planting of grass.”

“The goalposts were erected during the first phase of the project,”  Mugabe said.

He said the perimeter fence will stop encroachment and trespassing.

Mombasa County Infrastructure chief officer Thomas Chula said the field will also have a sanitation block for both male and female players.

“A borehole will be dug at the field to ensure a constant supply of water for the players, sanitation block and the grass that will be planted at the field.”

Jimmy Kitao, the acting chairperson of the Frere Town descendants said they are happy that the new development will protect their property.

He said there will creation of employment for the youth in the three-month project.