They were on their way to work when they died in an accident.

• The accident claimed 15 lives, with 14 others critically injured. 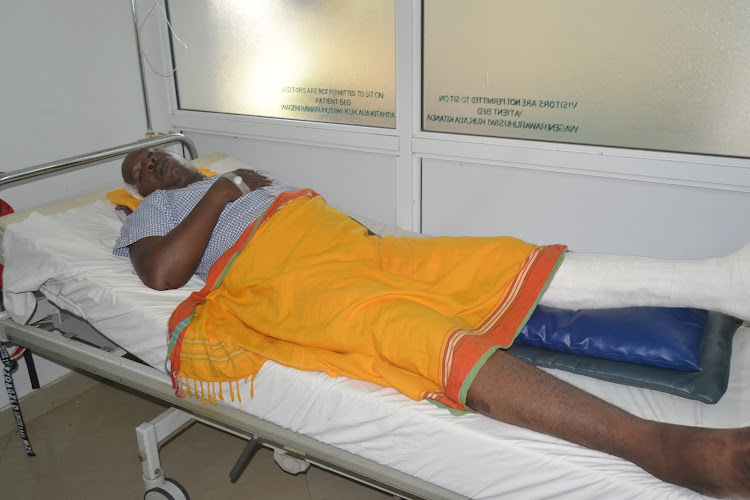 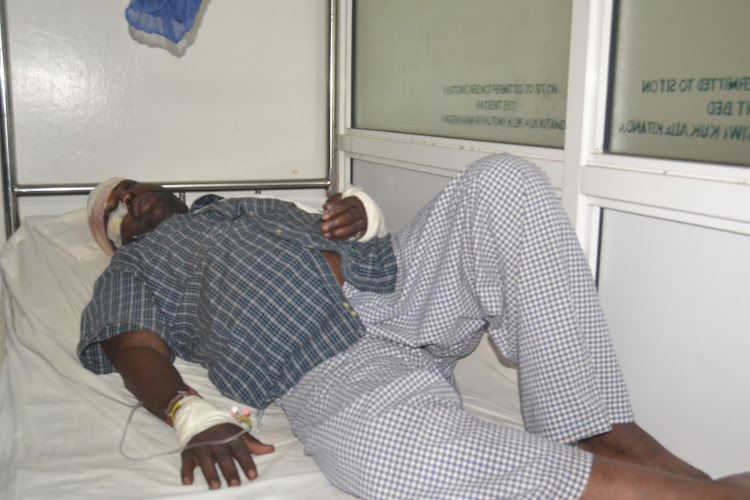 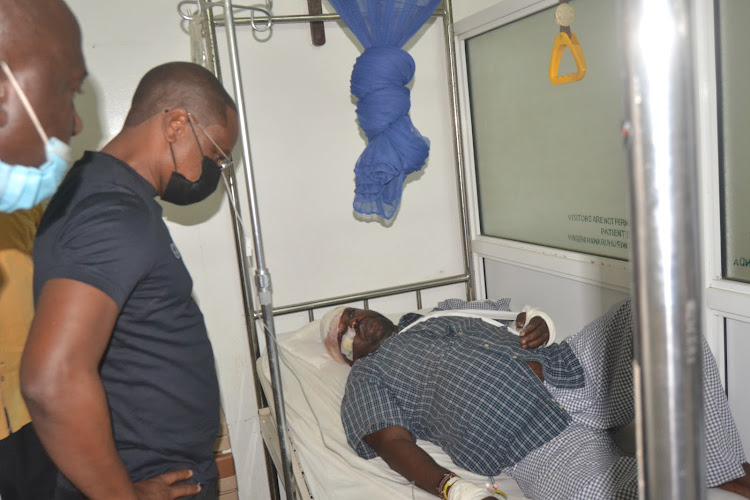 Kilifi Governor Amason Kingi consoles one of his staff members injured during the accident at Kwamkikyuyu along the Malindi Mombasa highway
Image: ALPHONCE GARI

The Kilifi government is mourning six staff members who died on Wednesday in an accident in Kwamkikuyu area on the Mombasa-Malindi highway.

The accident claimed 15 lives, with 14 others critically injured.

It occurred after a Muhsin bus heading for Garissa from Mombasa collided head-on with a Sabaki Shuttle minibus.

The six county employees were on their way to work from Marereni.

Governor Amason Kingi said the workers routinely used the minibus to commute from Malindi to Kilifi.

Kingi toured Tawfiq hospital where four of other county workers were admitted and directed that one be referred immediately to Mombasa for specialised treatment.

He also went to the Malindi Subcounty Hospital where three patients were still admitted and at the mortuary where he condoled with the bereaved families.

"My heart goes out to all the families of the deceased and those who were in this tragic incident that has left our county in shock and pain. I would like to assure the families that my administration will accord them the necessary support at this very trying moment," he said.

Kingi said county hospitals had marshalled all their personnel and resources to effectively respond to the tragedy and ensure those who were injured get the interventions they needed.

He said medical personnel were working closely with the police to help families of victims identify the bodies of their loved ones.

The governor said such tragedies have continuously robbed the county of hardworking people at a very alarming rate not only in Kilifi but the entire country.

“Road accidents must not be treated as mere happenings and outcomes that are beyond our control. To a large extent they can be avoided through diligence on the part of motorists concerned and interventions by the Kenya National highway authority and traffic police,” Kingi said.

He said the stretch of the road where the accident occurred has been under construction and expansion for months with no end in sight. Kingi said the ongoing works have narrowed the road and limited options for motorists to manoeuvre out of harm’s way.

“We cannot afford to continue gambling with the lives of our people, KeNHA must now move with speed and ensure motorists and travellers remain safe on this stretch of the highway as its personnel continue with their work to full completion,” the governor said.

Malindi MP Aisha Jumwa on Wednesday called for the arrest of the contractor for causing the deaths due to their failure to complete the project on time.

Malindi Subcounty Hospital medical superintendent Job Gayo said the death toll from the accident still stood at 15, including nine men and six women. He said the three patients at the facility were responding well to treatment.