20,000 families to get one month’s food for Ramadhan

Organisers say both Muslim and non-Muslim households will benefit. 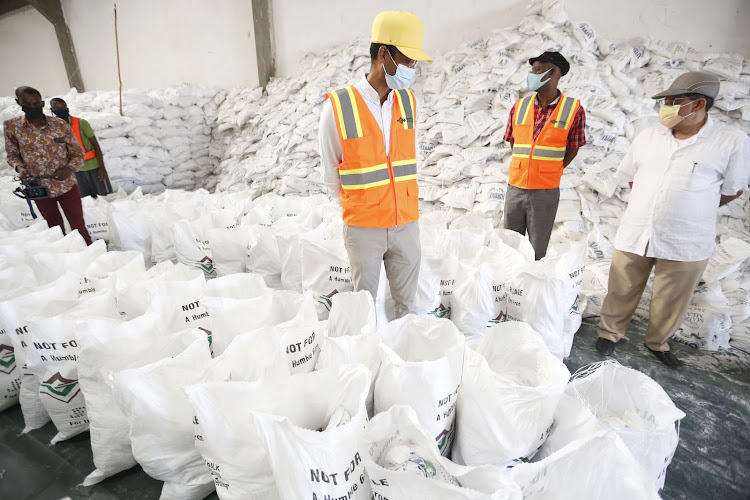 A charitable organisation has announced a Sh110 million food distribution programme to needy families during the Islamic holy month of Ramadhan.

Ramadhan is expected to start around April 15.

Jaffar Foundation on Wednesday said they will be distributing at least 20,000 bags of food to 20,000 extremely needy families across the country.

Jiwa said the food will not be restricted to Muslim families only.

“We hope this will put a smile on a family this holy month. That will be our joy,” Ondego said.

This comes as a section of Muslims in Mombasa warned the government against distributing food or other items to Muslims during Ramadhan using suspicious Islamic agencies.

Kenya National Muslim Advisory Council on Tuesday said any government aid to Muslims should be channelled through an organisation that has been vetted and passed to be genuine and unblemished.

“There are Muslim bodies that have been misappropriating aid from foreign governments that entrusted them with distribution of the aid,” said Kemnac chair Sheikh Juma Ngao.

Sheikh Ngao said the Saudi Arabian government, for example, has been giving free air tickets for Muslims in Kenya who would like to go for Hajj.

However, the Muslim cleric said, most of the time the tickets are given to well-off people who are either related to or friends of members of the agency that has been charged with distribution of the tickets.

“You find that the same people, who are able, have been going for the Hajj continuously over the years at the expense of deserving poor people,” said Sheikh Ngao.

On Wednesday, Jiwa said their distribution networks have grown over the years, resulting in only genuine cases of the needy being identified for help.

“We have been doing this for years and this has given us the requisite experience to be able to identify genuine cases only,” said Jiwa.

Ondego said the Covid-19 pandemic has had a huge negative impact on the economic ability of many families, which now almost solely depend on aid for survival.

“I appeal to other organisations to also help such families get through this pandemic,” Ondego said. 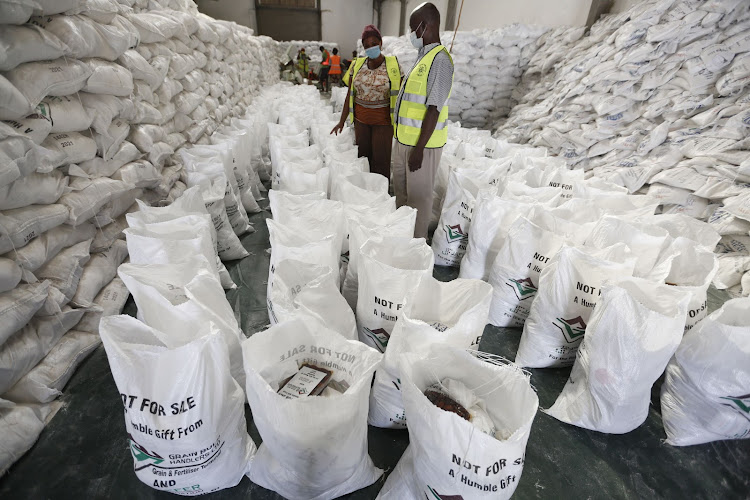 CHARITY Some of the 20,000 bags of food at the Jaffar Foundation warehouse in Shimanzi.
Image: JOHN CHESOLI 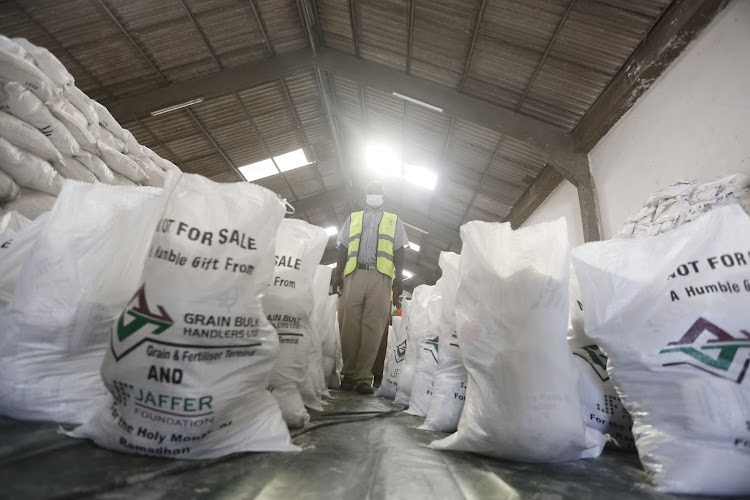 FOOD AID Some of the 20,000 bags of food at the Jaffar Foundation warehouse in Shimanzi.
Image: JOHN CHESOLI
by BRIAN OTIENO Correspondent, Coast Region
Coast
08 April 2021 - 22:00