Forced use of Liwatoni bridge opposed as 'disaster'

• With huge crowds forced to use bridge between 4am and 8am and 3pm and 7pm, there's little space, rending the bridge useless in fighting Covid-19. 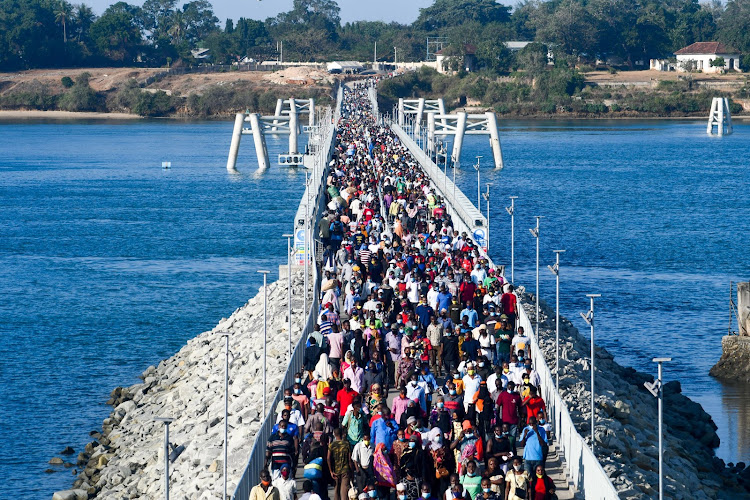 Coast leaders increasingly oppose mandatory use of the Sh1.9 billion Liwatoni floating bridge, some calling it a Covid-super spreader and stampede in waiting

It was built as a temporary, emergency measure so residents could practice social spacing, avoid the crowded ferry and help prevent the spread of Covid-19.

Leaders are saying, however, that forced use of the bridge overcrowds it and defeats its purpose.

Some said there was no public participation, construction was illegal and private operators should be allowed to provide more ferry services.

The large numbers of people crossing between 4am and 8am and between 3pm and 7pm render the bridge useless in fighting spread of the coronavirus, they say.

He spoke at  Fort Jesus Museum where he presided over release of the 2020 human rights report by HAKI Africa and six other civil society organisations.

Nassir said the forced-use directive raises legal issues that must be looked into.

“Transport is a function of the county government but to prohibit someone from using one public place and force them to use another place must be gazetted first," he said.

Since the ferry service is a public service, the county should have held public participation first. He said the order to use the floating bridge violates Constitution Chapter Four, the Bill of Rights.

“It denies people the freedom of movement and choice,”  Nassir said.

He said the Kenya Ferry Services must not shy away from declaring the project a failure.

There is  congestion, near stampedes and risk of getting  Covid-19 is higher because there is no social distancing during peak hours.

“It is not wrong to say we have tested this thing and it is not working. Let’s find an alternative solution,” Nassir said.

He said it's time the government considers allowing private individuals or firms to provide ferry services at the Likoni channel to reduce congestion on the ferry and the loating bridge.

“That way, we will ease the burden of movement at the crossing channel,” Nassir said.

Likoni MP Mishi Mboko said the directive has made the bridge "a disaster in waiting".

“There is congestion, near stampedes and the risk of contracting Covid-19 is higher because there is no social distancing during peak hours,”  Mboko said.

She said already here is friction between different groups at the matatu terminus over who will man the stage and where PSVs drop and pick passengers.

“There ought to have been thorough consultation before a decision was made,” Mboko said.

“I don’t know which data they used showing the virus spreads faster between 9am and 3pm because at that time the bridge is closed to pedestrians,”  Mwashetani said.

The MP said any decisions made for the public must be based on facts.

The MPs said the floating bridge should only be an alternative option and the public should not be forced to use it.

Mombasa Senator Mohammed Faki said the lack of public participation before the directive was issued makes it illegal.

He insisted it must be reversed. 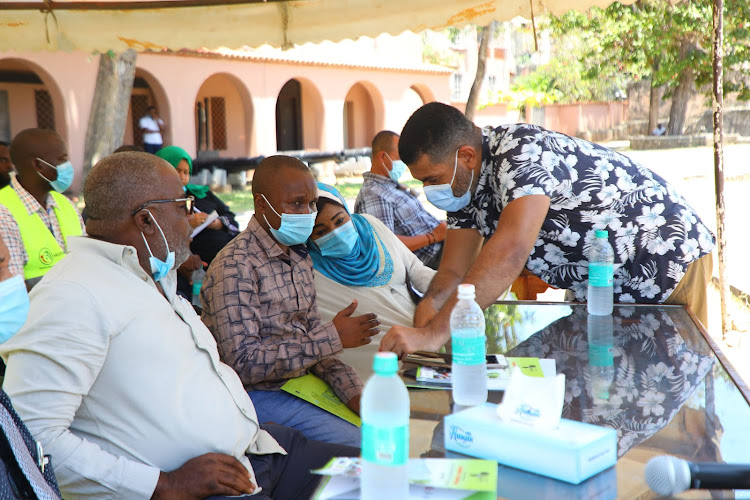