Only schoolchildren and persons with disabilities were allowed to use the ferry.

• Residents will have to use the floating bridge between 4am and 8am and between 3pm and 7pm.

• During the hours in between, they will be allowed to use the ferries as the floating bridge will be opened to allow for ships to pass through to and from the Mombasa port. 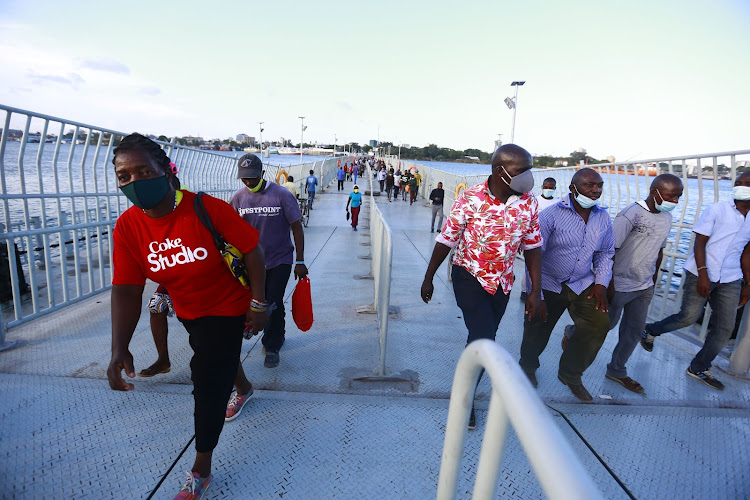 Likoni residents have complained of walking long distances and incurring extra costs as the mandatory use of the Liwatoni floating bridge takes effect.

Nyawa Hamisi a Texas Alarms security guard, said the new directive forced him to use the bridge in the morning.

“They made me suffer today. I have never walked for that long in years,” he said.

Hamisi, who lives at Shelly Beach, used to leave the house at 6.20am and walk for five minutes to the Likoni ferry waiting bay, however, Wednesday was different.

“I thought if I went to the Likoni ferry earlier, they would let me use the ferry. So I woke up at 4am. By 4.20am I was already at the ferry,” Hamisi said.

However, he met armed security personnel directing pedestrians away from the ferry.

Only schoolchildren and persons with disabilities were allowed to use the ferry.

The security personnel were implementing a directive issued on Monday by the Mombasa County Emergency Committee on Covid-19 Response that required all pedestrians to use the floating bridge.

The residents will use the floating bridge between 4am and 8am and between 3pm and 7pm.

During the hours in between, they will be allowed to use the ferries as the floating bridge will be opened to allow for ships to pass through to and from the Mombasa port.

Adelaide Awuor, a maize seller, said she had to incur extra costs.

Evalyne Kasasi, who lives at Shelly Beach, said she had to walk longer to get to Puma, where the bridge is and again from Liwatoni on the island side to her workplace along Nkurumah Road.

“My shift ends at 8.30pm. Having to walk to Liwatoni takes about 40 minutes. The bridge takes 20 minutes to cross, then I have to walk another 45 minutes to Kona Mbaya where I can get a matatu to Mtongwe. By this time, curfew hours will have caught up with me,” Moraa said.

“I made a lot. I was charging between Sh50 or Sh70. It was a good day for me. I wish this continues,” Juma Mbaya, a boda boda operator, said.

Matatus ferried people to and from Liwatoni, where a terminus has been constructed. They charged Sh30 to the CBD.

Kenya Ferry Services has been running announcements about the new directive since Monday.

The ferry service thanked residents for their cooperation, saying the first day was successful.

Motorist John Otieno said it was faster crossing the channel using the ferry on Wednesday.

“There is usually a lot of time wasted when pedestrians board the ferry because they are so many. Today, they were not there, so we saved a lot of time,” Otieno, who drives to work in Tudor daily said. 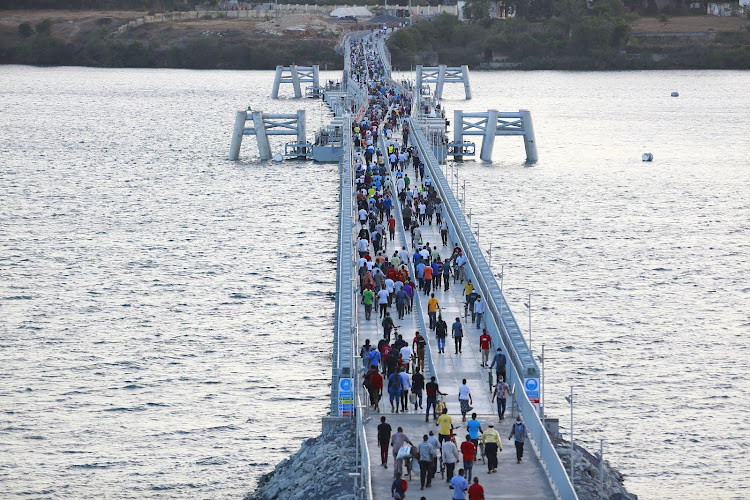