Greed for wealth blamed for elderly killings in Kwale 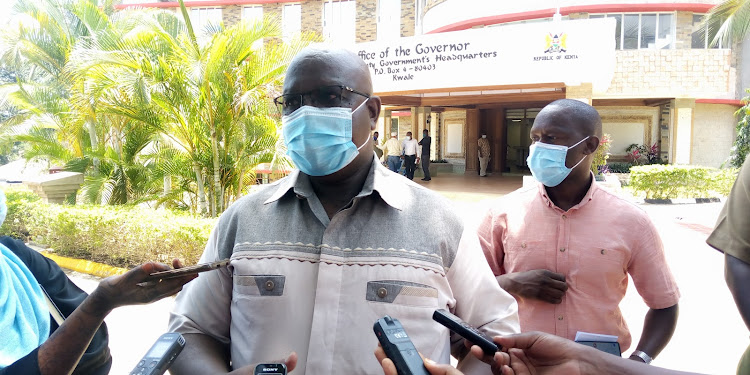 Greed for quick wealth among young people is the main cause of elderly killings in Kwale, county commissioner Joseph Kanyiri has said.

His sentiments follow a surge in killings of the elderly in the region. The majority of murder cases involve land and inheritance disputes.

Kanyiri said the youth secretly plot to have their ageing parents or great-grandparents killed to own their property.

"We have discovered that it's not witchcraft practices prompting the vice but protracted land wrangles, inheritance, marital and fortune problems," he said.

The county commissioner said close relatives, like uncles and aunts, are also involved. He said with the increasing demand for land, families collude with some killer gangs to end the lives of their parents over witchcraft allegations to cover up for their crime.

At the Coast, the vice has also been taking root in Lamu and Kilifi, where many senior citizens have suffered in the hands of youth who want overnight wealth.

Forty-two innocent elderly men and women have been killed over witchcraft allegations in Kwale since 2018, with at least one-two cases reported every month, according to police records.

As a result, the elderly flee their homes as they fear for their lives. Kinango, Lunga-Lunga and Matuga subcounties are the hardest hit.

Residents in these areas believe in witchcraft so much that issues such as unemployment, illness and death are associated with sorcery.

A few months ago, residents of Kinarani in Matuga held demos protesting underdevelopment and businesses not doing well. They blamed witchcraft for their predicament.

Recently, an old man was hacked to death in Lunga Lunga and another 81-year-old strangled to death in his sleep at Mwaluganje in Kinango constituency over witchcraft claims.

Kanyiri warned against the killing of the elderly, saying white hair is not a sign of witchcraft but honour and blessing.

"We must stop these heinous acts because we risk losing institutional memories and rich knowledge that elders possess and pass down to society,"  he said.

The administrator told the youth to seek wealth through the right channels, saying killing parents for land won't solve the poverty crisis.

"If you sell all your family land, you will have nothing and mind you, know that the law awaits you," he said.

Kanyiri said those previously involved in killing of the elderly were arraigned in court and charged with murder.

He, however, called for intervention from religious leaders, assistance from Nyumba Kumi, village elders and the community to end the vice.