Mombasa politician and businessman launched his political career in ODM in 2013 but decamped to Wiper then to Jubilee..

• Shahbal, who ran on the Jubilee ticket in 2017, spoke during a meeting with opinion leaders from the Luo community in Mombasa at Tononoka. 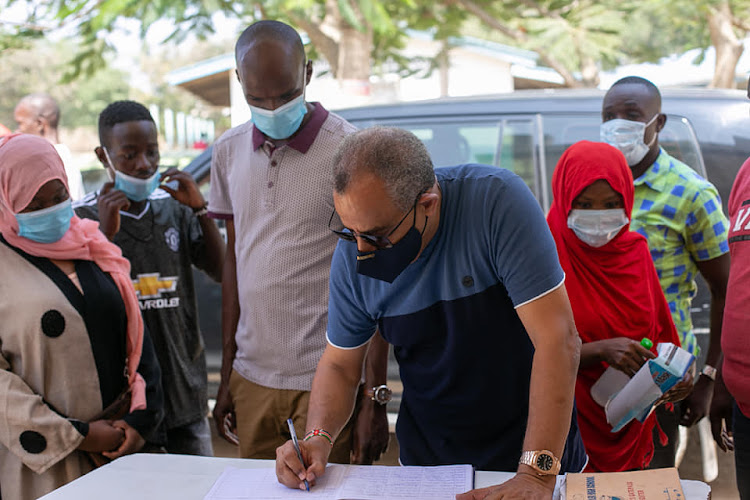 Businessman-cum-politician Suleiman Shahbal has announced he is rejoining ODM, setting the stage for a major political battle for the party's ticket and Mombasa governorship.

Shahbal on Friday said he is "coming back home". He relived his time in ODM in 2013, when he first ventured into politics, when he asked Raila to let him square off with Joho for the ODM ticket for the Mombasa governor race.

“I was pushed out and joined Wiper, from where we still supported Baba,” he recalled.

“In 2017, they closed the door on me and I had no choice but to join Jubilee. But now there is the handshake. We have come back home.”

Shahbal, who ran on the Jubilee ticket in 2017, spoke during a meeting with opinion leaders from the Luo community in Mombasa at Tononoka.

Nassir is in ODM, Mbogo in Wiper and Omar in United Democratic Alliance (UDA).

Shahbal’s decision to rejoin ODM leaves Joho in an awkward position. His camaraderie with the county chief, especially in the early days of the Covid-19 crisis, strengthened their bond and it was widely speculated Joho would endorse him. This angered Nassir and his supporters in the process.

However, recently, Joho has been having joint events with Nassir. The lawmaker expects Joho to support his candidature.

A battle royal, therefore, looms over the ODM ticket. And in a move seen as seeking to endear himself to one of the most populous communities in Mombasa, Shahbal said he has been aligned to Raila’s politics since 2013.

Joho will have to perform a balancing act. His administration awarded a Sh6 billion tender to regenerate Buxton estate to a company associated with Shahbal.

The decision put them at loggerheads with Nassir, who has been siding with the Buxton residents who claim the tender was awarded irregularly and that they are to be evicted for selfish gain.

However, Shahbal rejected claims of malice in the project.

Last Monday, Joho, speaking on Buxton estate, appeared to tone down tension. The governor was accompanied by Nassir, who is also careful not to be seen to be opposing his legacy project.

“Let me be clear, no one in Buxton opposes development,” Nassir said.

He, however, noted concerns raised by residents that their children may miss out on all that is being done at Buxton after they are evicted.

“It is only a simple concern. Nothing beats dialogue. The best way to win a war is through dialogue.

“If there are any issues, people should dialogue. If there is someone who will benefit through business, we wish him all the best and we ask God not to forget us,” he said.

Joho, who also does not want to be seen to be taking sides, said he grew up on the estate.

“There is absolutely no way I will fail to have your interests at heart. There is no way I can do that,” he told the residents.

“I am glad you raise issues. I am not perfect. I am a human being like you. I encourage you when you see something that needs to be changed or done differently, raise it,” he told Nassir and Toonoka MCA Ali Simba, who had also raised the matter.

He referred to Nassir as a "very close brother of mine", noting that "it didn’t start today.

“If there are issues, we will solve them. We want to carry everybody,” Joho said.

He appealed to the opposing groups to come to a negotiating table mediated by Nassir.

“Let us bring everybody to the table and hear their cries. I have faith we cannot fail to come up with a solution,” Joho said.

Mbogo, who has also been attending Joho’s functions lately, on Sunday rubbished claims that he might be considering rejoining ODM.

“I am not rejoining ODM,” he said on the phone.

He said his relationship with Joho is strictly to ensure the unity of Coast leaders, so the region has more bargaining power for a bigger share of the national cake after 2022.

“He is the only governor that we have and when he invites me I attend,” Mbogo said.

He has attended several functions where Joho has been issuing bursaries, including in Chagamwe, Jomvu, Nyali and Kisauni.

“It is an opportunity to also talk to the people in those areas,” Mbogo said.

The Kisauni MP said the unity of the region will be key to Coast getting lucrative positions in government.

He has been calling for a change in leadership style, one that is geared towards empowering the people at the grassroots.

“It is time for a bottom-up approach,” he says.

Tellingly, Shahbal last Sunday said the Coast does not need a regional party. He said the search for coastal unity is currently in vain.

He argued that the talk of a regional party does not augur well for residents, especially those in Mombasa. He cited the cosmopolitan nature of the region and cautioned that a local party would make some residents feel excluded.

“Our political future lies in taking part in national parties and claiming our stake. The talk of creating our own coastal party and using it as a negotiation platform is disingenuous. In view of our different political and economic interests, who will they be representing?” Shahbal asked.

On Friday, the career banker said he would bring investors to Mombasa instead of depending too much on funds from the national government.

“If you depend on funds from the national government, my friend, you will wait for 50 years for that money to invest,” he said.

“I have sat with Jakom (ODM leader Raila Odinga) and explained all this to him. He sat, listened to me and said, ‘You know Shahbal, this is what I call the new money,’” said Shahbal, who said he and Raila have known each other since 2000.

He said the challenge of changing Mombasa is for the people of Mombasa. “And I will bring money into this county.” 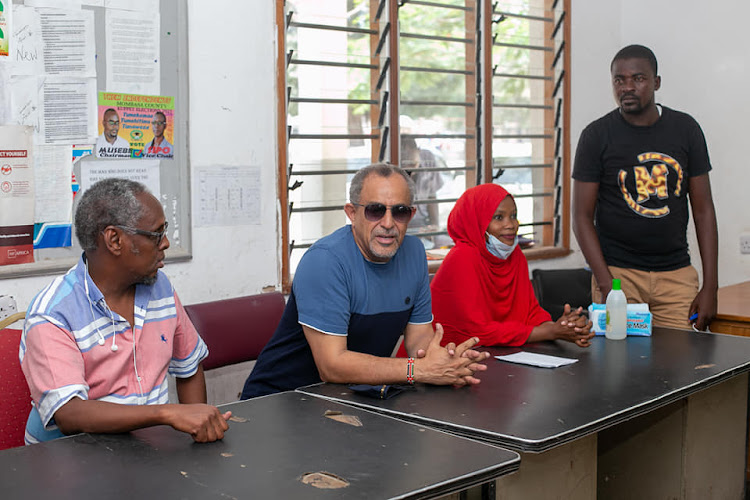