• The vehicle, which is assembled at Associated Vehicle Assemblers plant in Mombasa’s Jomvu area, will come with a five-year, 150,000 kilometre warranty. 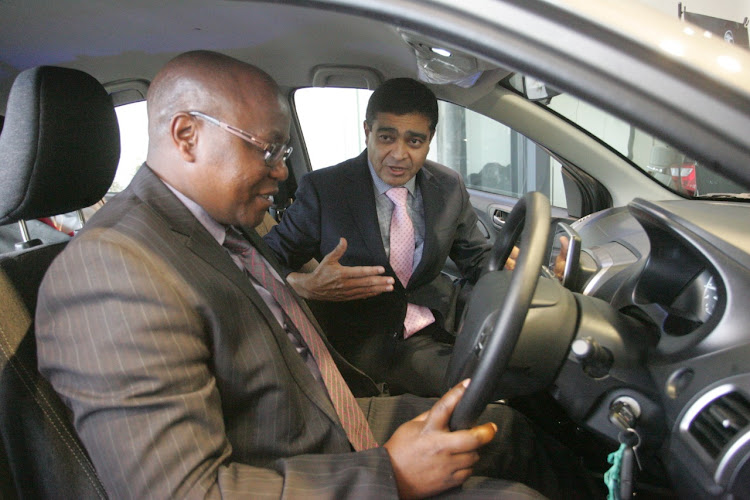 The vehicle, which is assembled at Associated Vehicle Assemblers plant in Mombasa’s Jomvu area, will come with a five-year, 150,000 kilometre warranty.

The vehicle is trading at Sh1 million.

Simba Corp has partnered with banks to make it easier for customers to own the zero-mileage and high-value car, the management said.

Speaking during the launch at Aspire Centre in Westlands, Nairobi, Simba Corporation executive chairman Adil Popat said production of Proton Saga has been as a result of good cooperation between the government and the private sector.

"The launch of Proton Saga demonstrates how a positive partnership between the government, the private sector and all industry stakeholders can deliver solutions whose impact will be felt by consumers at all levels of the Kenyan economy,” Popat said.

Industrialization CAS Lawrence Karanja said the government’s mission is to make Kenya a regional hub for automotive assembly and manufacture.

“When Kenyans demanded an affordable vehicle, we thought it was a tall order. Simba Corp took the challenge and delivered. We celebrate this growth and development in the manufacturing sector in Kenya in a bid to achieve Vision 2030,” he said.

He said the government is supporting the industry by being committed to buying locally assembled vehicles because they believe in, “Buy Kenya to Build Kenya.”

“This creates employment, skills development for our youth, research and development as well as promoting environmental protection,” Karanja said.

“We don't import because we love used cars, we do it due to the demand. We are looking for affordable vehicles that are fuel-efficient and new, with zero mileage, and the Proton Saga has come to address this,” Kipchumba said.

Simba Corporation Motor Division MD Naresh Leekha said they have the utmost confidence that Proton will transform the automotive market and the lives of  its customers.

“The five-year warranty, attractive financing options, safety features, aftersales network, all, for a brand new zero-mileage car that is assembled locally is an unbeatable deal,” he said.