NGO to plant one million mangrove trees at Mida Creek

•The organisation is working with community groups living within the Mida creek who make the nurseries which are then bought and planted within the creek area.

•Speaking at the Mida creek during one of the tree planting exercise Project coordinator Gabriel Kapenya said they got funding from their partner organisation called Sustainable surf. 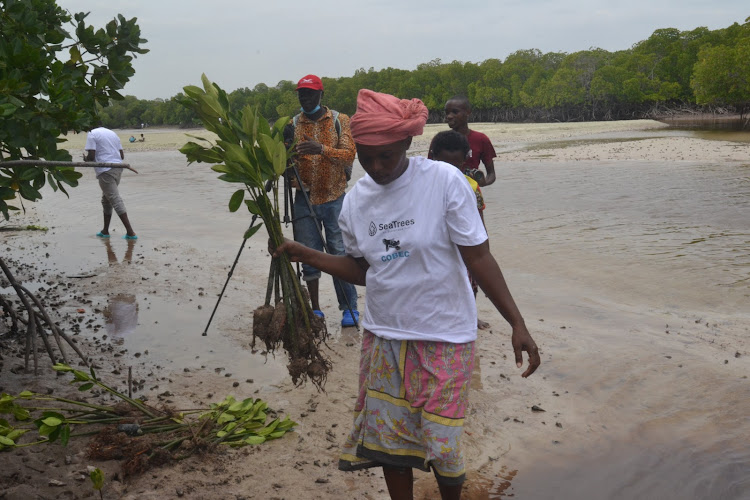 Cobec    take part in mangrove planting together with the community at the Mida Creek in Kilifi county
Image: ALPHONCE GARI 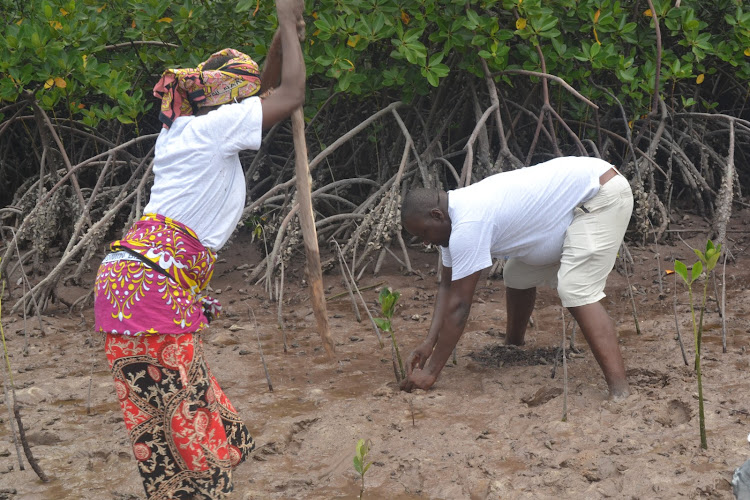 Gabriel Kapenya the project coordinator with Cobec    take part in mangrove planting together with the community at the Mida Creek in Kilifi county
Image: ALPHONCE GARI

An NGO has launched a campaign to plant one million mangrove trees at the Mida Creek in Kilifi as part of efforts to address climate change.

Community-Based Environmental Conservation (COBEC) is working with community groups living within the creek to plant the trees.

They make the nurseries which are then bought and planted within the area.

COBEC project coordinator Gabriel Kapenya said the mangrove trees will be planted for a period of one year although the entire project will run for five years.

Speaking at the Mida creek during one of the tree planting sessions, Kapenya said they got funding from Sustainable Surf, a partner organisation.

“We have started by planting around 83,000 seedlings so far since we started in January, and the target is million,” he said.

They intend to conserve the Mida creek because of its critical ecosystem that has also been declared as a UNESCO biosphere site.

Kapenya said mangroves have many benefits both to humans and the environment.

He said the groups within Mida creek which have been doing conservation are looking at extractive uses of mangrove so they avoid cutting down the trees.

“With that, they're trying to do the conservation and looking for other livelihood options which include eco-tourism and crab farming,” he said.

Kapenya said they supported one group to do crab farming in Dabaso which has been successful.

Apart from planting mangroves, COBEC will also be monitoring the planted seedlings to make sure their survival is high.

“We are happy that government agencies like KWS, KFS, KEFRI, and other stakeholders have partnered with us in the efforts to conserve this critical ecosystem,” he said.

Kapenya called on other stakeholders to join the movement because climate change is real and there is a need to make a deliberate effort to curb its adverse effects.