The Mombasa governor, who has declared he wants to run for president, aims to consolidate his base, outdo the DP 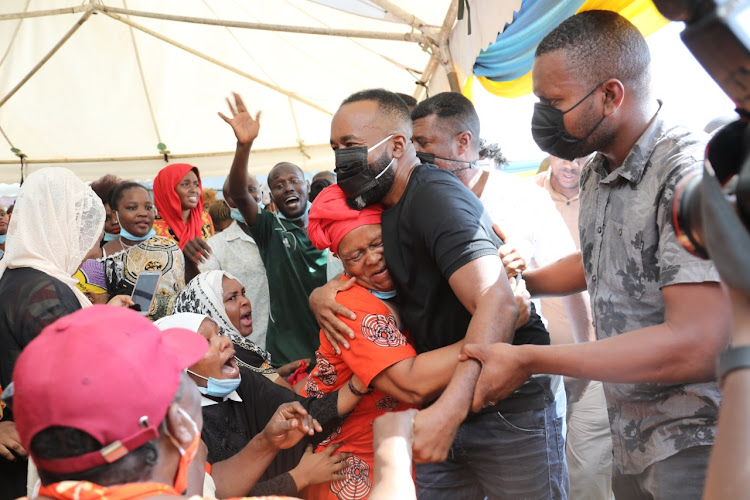 Mombasa Governor Hassan Joho, aka the Sultan, wants to run for president and to do so he must outdo and undermine Deputy President William Ruto.

He has launched an offensive to counter the DP's inroads in the region.

Ruto made a three-day tour of Mombasa recently and hosted several youth empowerment events in Jomvu, Kisauni and Nyali.

The Coast region is largely an ODM stronghold and Joho is a deputy party leader.

In the past, Joho used to issue county bursaries cheques at one main event in Mombasa, however, now he has gone to the subcounties to reach more voters.

“Whereas Ruto is talking about giving our youth wheelbarrows, we are here to ensure our youth get a good education. We are giving out an excess of Sh60 million to Kisauni and Nyali students,” Joho said.

Ruto was at the same grounds two weeks ago, when he was hosted by Nyali MP Mohammed Ali, and gave out Sh1.5 million to Nyali boda boda riders for their projects.

In his speech, Ruto said when elected President in 2022, he will ensure they set aside an additional Sh100 million annually for youth empowerment.

To counter Ruto’s charm offensive, Joho said if he's elected, he will set aside 10 per cent of Kenya’s Sh3 trillion annual budget to go to youth and women.

“They (Ruto and his team) were here several days ago. They promised to give youth some few millions, but we shall set aside 10 per cent of the annual budget. That's about Sh300 billion to go to youth and women,” Joho said.

He accused Ruto of playing mind games with young people.

“I’m surprised it took eight years for Ruto to know they can give Kenyan youth wheelbarrows, instead of focusing on real empowerment programmes,” the governor said.

Joho said his administration has set aside Sh100 million for  1,000 Mombasa youth groups so they can start businesses.

“I want to ask the department concerned not to lock out any youth. After those funds are depleted, there's Phase II of the programme," he said.

Last Friday, Joho said his quest to be the fifth Kenyan president is unstoppable. However, critics call it laughable.

Joho said he has already submitted his nomination papers to ODM  nd he expects that if he wins, the entire party brigade, including his leader Raila Odinga, will support his candidature.

“I have heard of people questioning my capabilities in running for the presidency," the Sultan said. "If they cannot win the top seat, that is their problem. As for me, I will not stop at anything apart from the presidency."