The tarmacking of roads was initiated in Malindi, Kilifi, Mtwapa, Mariakani, and Mamburui towns

The Kilifi government has spent more than Sh2 billion in tarmacking roads in its major towns, thereby opening up the region for investments and tourism which is the major economic activity 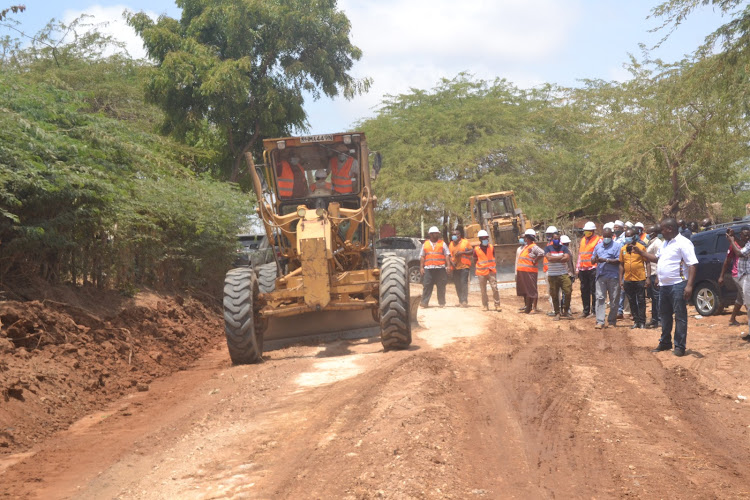 Kilifi Deputy Governor Gideon Saburi when he commissioned the Mamburui Angels Bay Posta road which is being tarmacked by the Kilifi county government on February 17.
Image: ALPHONCE GARI 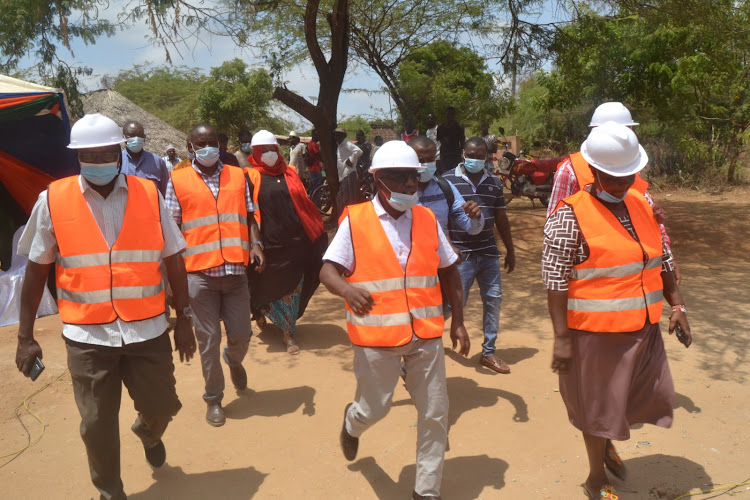 The Kilifi government has spent more than Sh2 billion in tarmacking roads in its  major towns, thereby opening up the region for investments and tourism which is the major economic activities.

Since devolution started, the county has constructed over 30km of tarmac and cabro standard roads in the key towns of Kilifi, Mtwapa, Malindi and Mariakani.

In this financial year, the county has spent more than Sh500 million in projects which are ongoing and new ones which once complete, will open up the areas for development.

The county has already launched the construction of three key road projects in Mariakani, Mtwapa and Mamburui in Magarini which once complete, will ease movement.

Kilifi Deputy Governor Gideon Saburi, who commissioned the two projects in Mtwapa and Mariakani, said they are in addition to the already completed projects in Malindi and Kilifi towns, and a section of Mtwapa which are major tourism destinations.

In Mtwapa, the county will spend Sh45 million to begin the first phase of tarmacking 1.5km out of the 3km Jumba ruins road which has been in a bad state for a long time.

The county government is also tarmacking the Mamburui Angels Bay Posta road, a stretch of five kilometers which will also be done in phases.

Saburi said they are committed to developing the infrastructure to boost the economic livelihood of residents and create a conducive environment for investors.

"This road is one of the key ones in our county especially in Mtwapa area, it has taken long to be implemented but now Governor Amason Kingi has decided to do it in three phases," he said.

For the Mamburui road, Saburi said it will enable tourism investors to access their resorts and also create a new circuit.

Magarini MCA Elina Mbaru speaking at Mamburui on Wednesday called for speedy completion of the projects and urged the deputy governor to push the department to ensure all five kilometers are done.

Mbaru said the county had done many tarmac roads in other wards, adding that the one being launched was the first in his area yet it was being done in phases.

Present during the launch in both Mtwapa and Mamburui was Kilifi roads executive Josephat Mwatela, chief officer Kenneth Kazungu, Trade and Tourism executive Nahida Mohamed among other county officials.

Saburi promised to ensure the road is fully tarmacked in the next financial year. 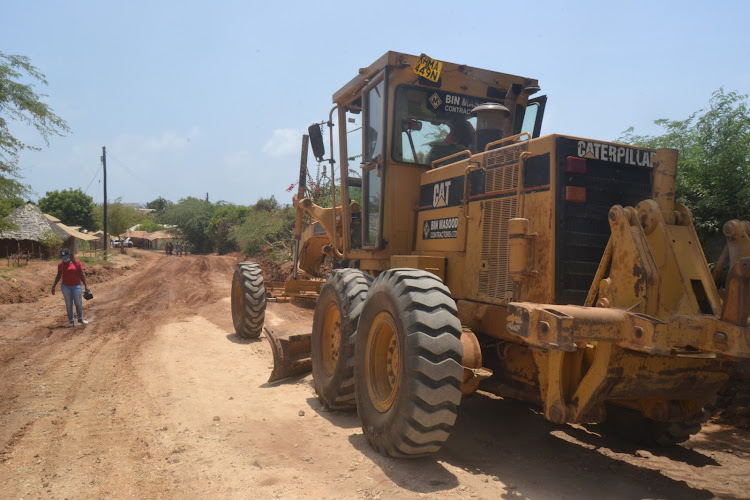