Malindi monthly clean up slowly bearing fruits a year on

•Normally the clean-up exercise organised by the Progressive Welfare Association of Malindi brings together all stakeholders from the business community, tourism investors, tourism players, youth, women groups, beach operators, the national police service, KWS, and the county government of Kilifi among others.

•Speaking during the cleanup, Progressive Welfare Association chair Kate Mwikali attributed the success to the continuous sensitization which has made residents take responsibility for their waste in their homes and their surroundings.

The monthly Malindi clean-up exercise is slowly bearing fruits after nearly one year of sensitization and stakeholders' participation. 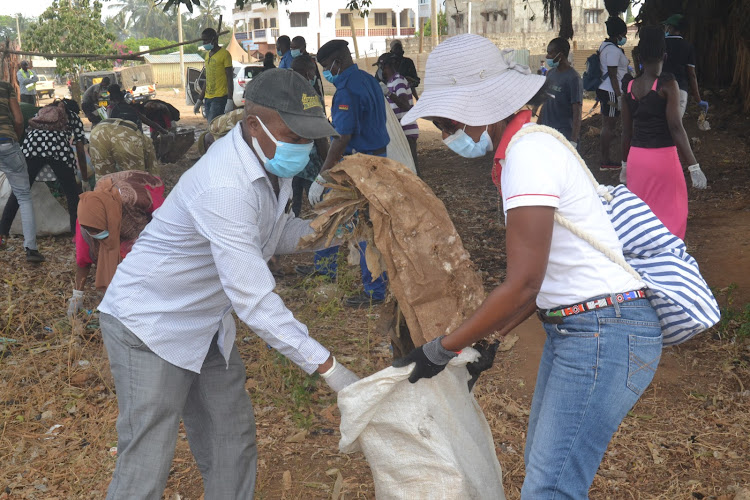 Justin Kitsao a local conservationist from Watamu with Kate Mwikali the chairperson of progressive welfare association in Malindi take part in the clean up excersize at Kisumu ndogo
Image: ALPHONCE GARI 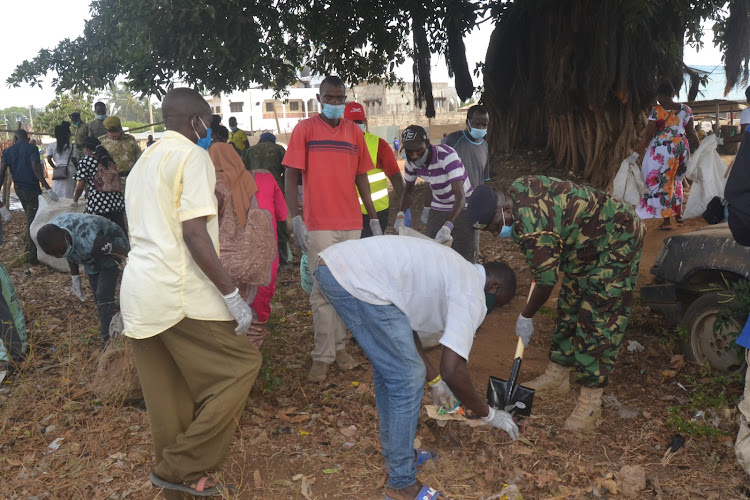 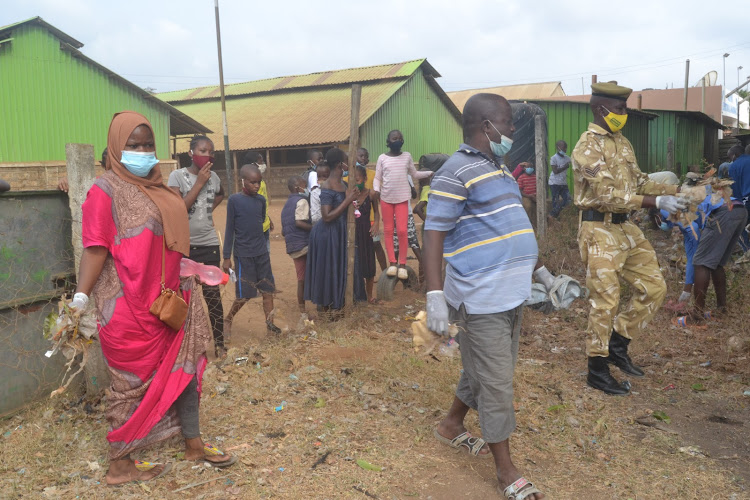 The monthly Malindi clean-up exercise is slowly bearing fruits after nearly one year of sensitisation and stakeholders' participation.

Normally the clean-up exercise organised by the Progressive Welfare Association of Malindi brings together all stakeholders from the business community, tourism players, youth, women groups, beach operators, the national police service, KWS, and the county government of Kilifi among others.

This month, the stakeholders were at Kisumu Ndogo informal settlement and were impressed by the state of cleanliness in the area compared to a year ago.

Speaking during the cleanup, Progressive Welfare Association chair Kate Mwikali attributed the success to the continuous sensitisation which has made residents take responsibility for their waste in their homes and their surroundings.

Mwikali said they have got a major boost in their activities after the county government passed the solid waste management bill into law.

The law will help in the campaign to make the town clean.

She said last year when they cleaned Kisumu Ndogo the area was very dirty but after evaluation this year they found that there have been positive results.

Currently, she said residents bring out waste to be loaded to lorries, an effort that has greatly contributed to the cleanliness.

She said they have also begun embracing the circular economy business model which is ensuring wastes are recycled into useful products.

The aim she said is to ensure in two years there will be zero wastes in the town.

Mwikali said they are looking forward to getting equipment that will help in recycling the products to add value to the wastes.

Said Charo Katana who is in charge of the waste collection in Malindi said 70 per cent of Kisumu Ndogo was clean but there is still 30 per cent which is still dirty due to lack of enough human resources.

He said he has only four casuals cleaning the area but they are not able to reach areas that are cleaned once every two weeks.

“I have only four casuals working in Kisumu Ndogo area but the truth is this area requires not less than 15 people to clean it,” he said.

He said clean up is important because waste is harmful to marine life in the Indian Ocean.

Lekuta said Malindi was a famous tourism resort that needs to be clean and their activities have really helped in making sure the town was well kept.

“We appeal to the residents to ensure they keep litter outside their homes so that the county government vehicles pick them,” he said.

Malindi assistant county commissioner John Kipsiwa said the clean up involved many stakeholders who have an interest in a clean environment.

He said since the program started cleanliness has improved and there is an order in ensuring waste products are well kept.

“There are laws by Nema and county government in place which should be followed to ensure the environment is clean. The youth should also take advantage to utilise waste recycling projects to earn a living,” he said.

Kipsiwa asked all stakeholders to ensure they take part in the cleanup exercise for the sake of the town.

Other stakeholders who spoke said they are happy to see the town becoming cleaner through the ongoing sensitisation.