In most cases, the gods of the sea would ask for a cow without blemish.

• Decades ago, three elders would be tasked with communicating with gods of the sea.

• Religious leaders have however asked locals not to believe in such traditions. 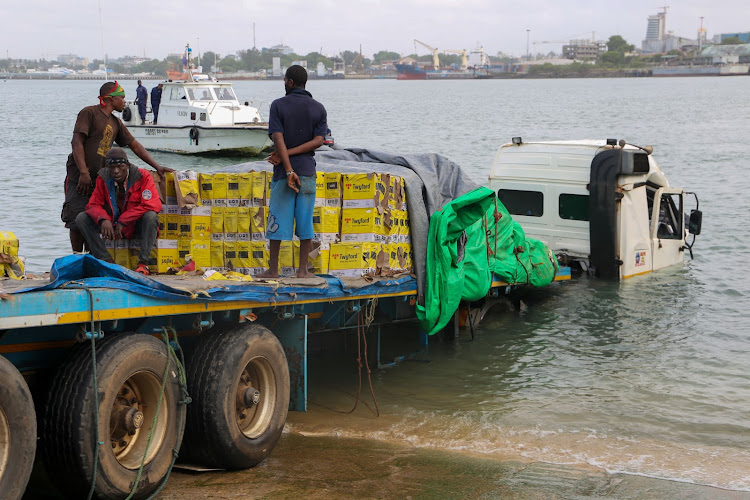 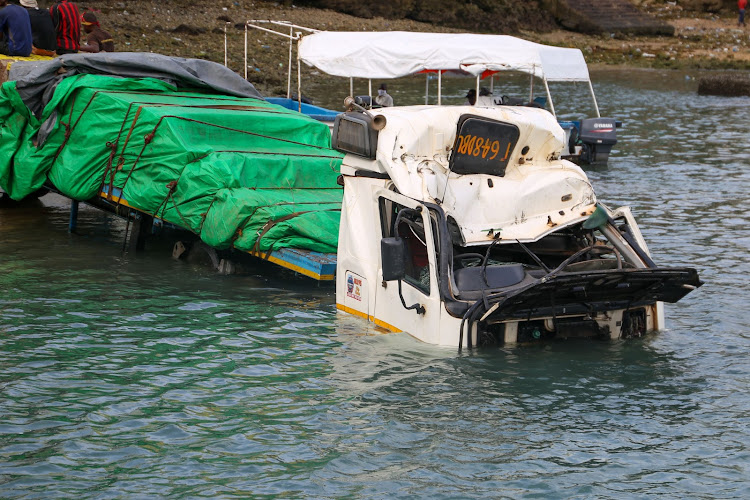 The many accidents at the Likoni Channel Crossing are because the gods of the sea are angry, Mijikenda elders have said.

Three people have died in five accidents at the ferry crossing since December 2019. Since January 10, three accidents have occurred at the place. No one died.

The Mijikenda community dominates the South Coast and they call the area from just across the channel in Likoni to Kwale home.

Decades ago, at a time like this, a meeting would have been called and three elders, led by Mzee Bakari Yusuf, would have been tasked with communicating with the gods of the sea. Kivyatso said the elders would go into a shrine and talk to the gods.

“There was a special cave in Shelly Beach where only the three elders were allowed to go in. This is where they would talk to the gods,” Kivyatso said.

In most cases, the gods of the sea would ask for a cow without blemish.

“This meant the cow had to be healthy, with no injury and with only one colour. If it is white, it had to be white with no other colour on the skin,” Kivyatso said. In most cases, a black cow was used.

“These accidents will not end. They will continue until the gods are appeased,” Kivyatso warned.

He said elders from the lineage of the three elders have to be sought because they are the ones that will easily be heard by the gods of the sea.

The SGA Security Company vehicle that overturned at the Likoni crossing channel on Wednesday.
Image: COURTESY

Mijikenda Kaya Elders Association chair Mwinyi Mgwisho said they are ready to call a meeting of the Kaya elders to have a discussion around the ritual.

However, he said, there is a catch. Should they decide, they have to conduct cleansing rituals on the channel. “The government must support us,” Mgwisho said. The nine Kaya elders must all convene.

He said once the blood of the cow is released into the sea, the gods will be appeased and the accidents will stop.

“Whatever is done with the meat is not our business. It is, however, safe to eat it,” Mgwisho said.

Rescuers pull out Pollman's tours bus out of the Indian Ocean on Sunday.
Image: JOHN CHESOLI

However, Kenya Muslim National Advisory Council said it is wrong to use superstition and witchcraft to try and protect lives.

The cleric said to solve the accident problems at the channel, Muslim scholars can be called to say special prayers using chapters from the Quran.

“Allah will answer such prayers. Even madrassa teachers and mosque imams can conduct such special prayers,” Sheikh Ngao said by phone.

Retired ACK Bishop Benjamin Kalu told the Star the accidents at the channel are normal. “It is not because of any gods,” he said.

Kalu said people should turn to the one true God and repent their sins.

“The Mijikenda people should know we have a Supreme God, others are subordinate,” the retired bishop said.

He said Kenyan communities must move ahead not backwards into tradition and cleansing rituals.

But officers from the Kenya Ferry Services have for a long time dismissed calls for rituals to be conducted at the channel.

On Thursday, the agency said they have mitigation measures in place that do not involve any rituals.

On Wednesday, KFS managing director Bakari Goa acknowledged the ramp at the mainland side of the channel is steeper than that on the island side, which could explain why most of the accidents happen on that side.

“That is something we are looking into so we can address it. But it will depend on the advice of the experts,” the MD said.

KFS’ communication department says most of the blame is unfairly directed at the agency when the accidents are a result of individual errors.

“We have safety measures in place and we always outline these through our electronic display boards. We also announce them all the time as people and vehicles board,” Aaron Mutiso said.

“In most cases, it is the drivers’ faults that lead to these accidents.”

“The gradients are too steep. They should be redesigned,” Jomeli told the Star on phone Wednesday.

Jomeli said the ramps are also too smooth, reducing friction and making it more likely for vehicles to slide.

“With the algae that collect on them, it becomes too slippery,” Jomeli said.

But Goa said they use chemicals to regularly wash away the algae.

The MD said it is because of the algae that heavy commercial vehicles are only allowed to cross when the tides are high.

“At that time, there is no surface of the ramp that is wet so slipperiness does not apply there,” Goa said. He said slipperiness may only be witnessed when it rains during high tides.

Jomeli, a civil engineer, called for rubbles or bumps on the ramps to help slow the vehicles down.

“Things like road markings and signages are basic. They should be there,” he noted.

He noted underwater barriers should also be considered so as to stop vehicles that plunge into the water from going deep into the ocean.

“We are fixed on 1970 engineering. There is new technology that can be applied to have such structures underwater,” he said.