Hired youths on Wednesday descended on Fatma Ashur's house and demolished it while they were sleeping inside. 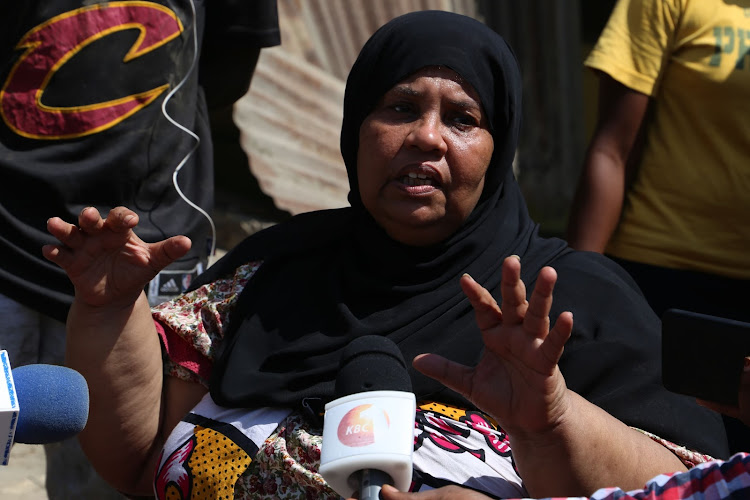 RAZED Fatma Ashur and her son Ahmed Faraj outside their demolished house in King'orani on Wednesday.
Image: JOHN CHESOLI 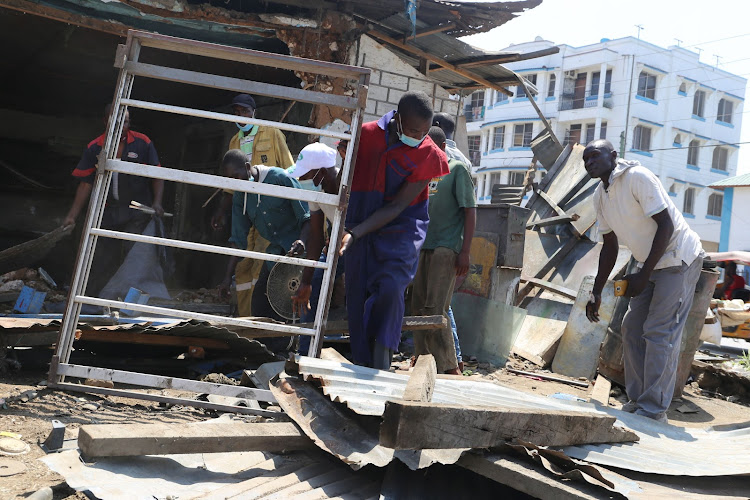 COUNTING LOSSES Mechanics rummage through the rubble to try and salvage anything they can at their King'orani premises on Wednesday.
Image: JOHN CHESOLI

An elderly mother has developed health complications after spending two nights in the cold following the demolition of her house by hired youths.

A family dispute over ownership of the house led to the demolition at around 2am on Wednesday.

Fatma Ashur, the third wife of Salim Faraj who died in 2013, has been living in the 10-room King’orani house for over 40 years.

The matter was taken to court after efforts to settle it amicably through community elders failed.

Faraj’s brothers won the first round of the case at the High Court but his nuclear family appealed the ruling. The case is still pending.

Hired youths under police supervision demolished the house on Wednesday morning, damaging property worth at least Sh5 million belonging to the family and other tenants of the house.

Around 100 mechanics who rented space in part of the house lost their tools of trade and client’s goods including compressors, tool boxes and welding machines

On Wednesday, Ashur told journalists she had nowhere else to go. "We were asleep when about 30 people came demolishing this house. I thought we would die. Where will we go now? We have no other place to stay,” she said.

On Friday, her son Ahmed Faraj said they had to rush her to hospital after developing complications. Ashur has diabetes and blood pressure among other health complications.

“She said she felt pain all over the body and that her heart seemed like it was beating faster,” Ahmed said.

Exposure to cold may have triggered the health complications. She has been admitted to a local hospital where doctors said she had been stabilised.

Ahmed appealed to the government to help them restore their dignity.

Part of the house, which is on a prime plot, had been turned into a garage where over 100 mechanics earn their daily bread.

The mechanics said it was unfair they had been roped into the family dispute which they have nothing to do with.

Daniel Omari, a mechanic, said they have been paying rent of Sh30,000 a month for over 20 years at the premises.

“Our tools of trade are usually left in this house. Now they are all gone. Some have been damaged and some are missing,” he said.

The mechanic said they were not served with any eviction or demolition notice.

“We do not have any outstanding debt here. Why would our property be destroyed and others stolen? What wrong have we done? This is unfair and the government should look into this,” he said.

The late Faraj had three wives and 14 children.

Ashur had been staying in the house with two of her five children and five grandchildren.