I did not cry during interview with Uhuru - Mudy

Online TV host says joy of meeting Uhuru in person stole all the words from him.

• Mudy told the Star on Monday he actually enjoyed the 15 seconds of fame he had with Uhuru but denies that he cried at the chance to interview him.

• He had travelled from his home village in Lurambi constituency in Kakamega county, doing several editions of ‘Hustle Mtaani’. 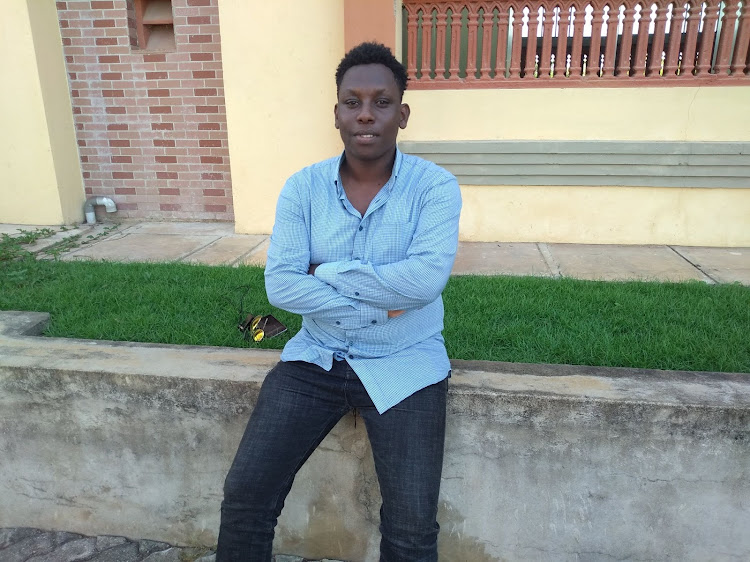 Young man, what are you doing here, you are a journalist interview me..

Those are the unexpected words that President Uhuru told Dennis Mudy, the 24-year-old journalist whose viral video has left many in stitches.

Mudy was on Sunday overwhelmed with excitement that he could not Interview president Uhuru Kenyatta when asked to.

Mudy told the Star on Monday he actually enjoyed the 15 seconds of fame he had with Uhuru but denies that he cried at the chance to interview Kenya’s most powerful individual.

He had travelled from his home village in Lurambi constituency in Kakamega county, doing several editions of ‘Hustle Mtaani’ in the counties along the corridor as he moved to Mombasa county.

‘Hustle Mtaani’ is one of the programs he and his MK TV co-founder Julius Namale started hosting on their online channel only about three months ago.

“It is only then that we thought we should start doing serious programs and host them. From 2017, when we founded the MK TV, we were doing things for fun,” Mudy told the Star when we caught up with him at the Sunset Paradise Apartments in Shanzu on Monday.

Mudy said he arrived in Mombasa on Sunday for the county’s edition of ‘Hustle Mtaani’.

He had just finished interviewing a cowry shell trader and henna artist at Mama Ngina Waterfront Park at around 6.30pm when suddenly the mood in the park changed.

“When we finished the interview I asked him to do a tattoo on me using the henna. But as he was doing the tattoo, the environment changed.

“We started seeing more police officers in the park. The traders in the park were acting as if they were being chased away. Then we saw about five cars driving in,” said Mudy.

“I saw President Uhuru alighting from one of the cars. I was excited and didn’t know what to do.  Should I go there as a journalist? Should I stay here? Those were the things I was debating in my mind when one of the bodyguards told me to stay where I was and that the president was coming where  I was," he said.

The journalist said Uhuru had a chat with a lady trader and bought cowry shells and home-made bracelets from her before coming to where he was.

“You came all the way from Kakamega to interview small scale traders in Mombasa?” the President asked Mudy after the online TV host introduced himself.

Then he did the unexpected. He asked Mudy to interview him on the spot.

It is at this point that he felt melted and lost all words as he was overwhelmed by excitement.

“I was overwhelmed. The President tells you to interview him on the spot. It’s a one-in-a-million thing. I had never imagined something like that happening. I didn’t immediately get the questions to ask him,” said Mudy.

The 24-year-old said he never cried as some say after the video of his short moment with Uhuru went viral.

“It was joy. There were no tears. I felt like fainting. I know of some people who faint when overwhelmed like that. It was my first time seeing President Uhuru in person let alone be near him,” said Mudy.

The budding journalist said he does not regret failing to interview President Uhuru believing he will one day get the chance.

However, as fate would have it, he never got the chance as Uhuru was so busy hosting delegations of high profile people including South Sudanese President Salva Kiir.

“At State House Mombasa, I was given someone else’s number who they said will organise for another interview with the President at State House Nairobi,” said Mudy.

The 24-year-old said he has a passion for journalism but has not pursued it at any tertiary level.

“I completed high school a few years ago but have not gone to campus because of a few reasons,” he said.