Kilifi North gets Sh113m for road projects to attract investment

Funds to be spent on tarmacking neglected roads in tourism prime area.

• MP says his constituency got the allocation because of his positive working relationship with the government.

• The projects, done through the Kenya Uban Roads Authority, is set to open up key areas that had been neglected for decades.

The government has allocated Sh113 million for tarmacking and upgrading of roads in Kilifi North, which has the potential for fishing and tourism investment. 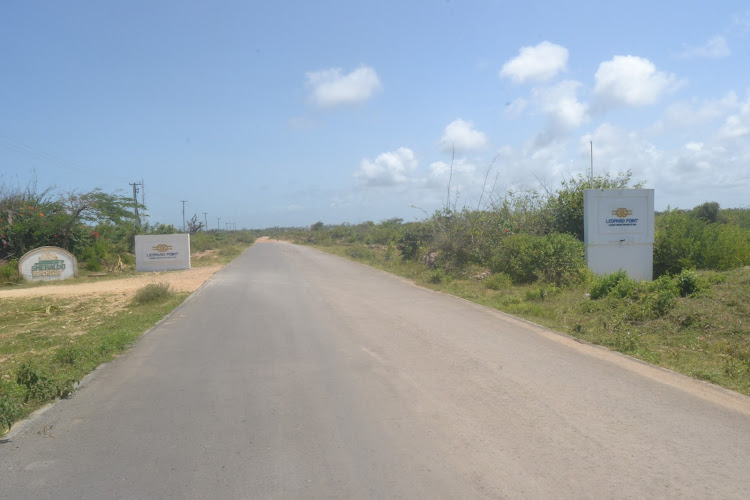 The government has allocated Sh113 million for tarmacking and upgrading of roads in Kilifi North, which has the potential for fishing and tourism investment.

The projects, implemented through the Kenya Uban Roads Authority, is set to open up key areas that had been neglected for decades.

Key roads that will receive a facelift include Watamu-Jacaranda-Mayungu to Casuarina. It will get its third contract of Sh38 million for the 1.5km stretch.

In an interview with journalists in Kilifi, the lawmaker said other works include a continuation of the cabro works that started at Kibaoni on St Thomas Road to Bofa Road, up to Kemri for Sh23 million.

He said the government will also spend Sh21 million to put up the first tarmac road in Tezo ward to open up Bofa for investment. Baya said Kilifi North is one of the high-potential constituencies but has been lacking a proper road network.

"I'm happy we have now secured funding of around Sh113 million from Kura and is going to take care of the major roads that we have in this subcounty," he said.

Baya said the Watamu-Jacaranda-Mayungu road that had been neglected for years is coming up. Already a 900m stretch has been tarmacked and the works will cover Sh1.5km and another 2.5km stretching past Jacaranda.

He said the road to Jacaranda and Mayungu is economically viable because many people want to invest in the area to develop hotels and residences but cannot do it because of its poor state.

"There are hotels in the area and some repeat guests do not want to come back because the roads are bad; the constant breakdown of vehicles on the road, no one wants to go there," he said.

He said fishing will also benefit at the Mayungu landing site which is one of the biggest in Kilifi county but has never grown because of the poor state of roads.

Baya said the Roads ministry will be allocating funds each financial year for tarmacking the area until it connects to casuarina road, adding that in the next financial year, he expects more funding to cover a larger stretch.

On Casuarina-Malindi road, boda boda riders, residents, fish traders and even investors are having a rough time taking the route. They have urged the government to hear their cries and increase the pace of the works.

Mayungu fish traders said they spend more on transport and their fish go bad as they cannot rush. Zacharia Hamadi said they are facing many challenges due to the poor road infrastructure but expressed optimism that once the issue is resolved, trading will boom.

Speaking at Leopard Point area where the tarmac has ended, he said the road is crucial to economic development and urgently needs a facelift to transform lives.

"During the hot season, it's easy to find fish going bad because of the slow speed, causing losses," he said.

Hamadi said delayed tarmacking of the road will make the area lose investors who are willing to set up projects.

Nelson Mdzomba, a rider in Mayungu, said they incur huge maintenance costs due to the poor state of the road. They have to take their motorbikes for frequent service.

"If you buy a tyre, it takes only seven months unlike others who can use a tyre for over one year without changing," he said.

Alex Mlanda, another rider, has scars due to an accident he had on the road. He fell down on a rocky area, leaving him with serious injuries.

"We are also Kenyans and need development in Mayungu, many roads have not been tarmacked," he said.

Fishmongers said they spend heavily on transport as boda bodas charge highly for a short distance.

Hamisi Shee Ali, a resident of Malindi, called on the government to fast-track the works so they can have smooth business operations.

"We spend more on an area that could cost Sh50. We could end up spending up to Sh250 or Sh1,000 as costs of transporting fish because of the nature of the road," he said.

Rehema Vele Ngalla, a fishmonger, said the road is in pathetic condition, which increases the risk of accidents. She said they take their fish to Mayungu, hence it would be better to get good roads to have smooth operations.

"We urge the government to hear us, and even our fishermen, to ensure the business thrives," she said.