• Domestic tourists are flocking to Watamu to witness the annual humpback whale migration from July through September.

• The migration is giving a boost to tourism after Covid-19 travel restrictions were limited. Whale watching is being packaged with watching the annual wildebeest migration during the same season in the Masai Mara.

Tourists are flocking to Watamu to witness the spectacular migration of the humpback whales, the most acrobatic of the giant mammals.

Tourists are flocking to Watamu to witness the spectacular migration of the humpback whales, the most acrobatic of the giant mammals

The migration is giving a lift to tourism hit by the Covid-19 pandemic, though visitors are overwhelmingly domestic.

The Twin Migrations of the humpback whales and wildebeest from July through September are awe-inspiring tourism draws.

This year the migration occurs during the pandemic, but domestic tourists are increasing though overall numbers are down.

Tourism CS Najib Balala on Friday watched the marine giants and spotted them after only an hour, calling it an “amazing experience”.

Balala said his delegation visited Watamu in Kilife county after seeing the wildebeest migration in the Masai Mara last weekend.

''We saw a mother and a calf, that’s exciting, the anticipation was worth it,” he said afterward at Hemingway’s resort.

Each year the numbers of tourists have been increasing.

This year the Tourism Board and Tourism ministry led journalists from the Coast to witness the humpback whale migration.

“You need patience but when you see the 40-ton mother and newborn one-ton calf, it’s breathtaking,” he said.

Humpback whales are the most acrobatic of whale species as they leap high out of the water.

She said they had almost given up because of the Covid-19 travel and other restrictions, thinking they wouldn’t be able to see any whales.

Of course, the whales don’t observe the restrictions.

Surprisingly, she said, as soon as travel restrictions were limited, domestic tourists from Nairobi and elsewhere flocked to the Coast and whale-watching boats were full.

All whale watching is done in compliance with social distancing and other Covid-19 protocols.

She said seeing the mother and calf demonstrated how safe the whalesfelt migrating to Watamu.

Captain Alfred Kenga who skippers a whale-watching boat has been at the helm for 20 years.

''The whales attract internal and domestic tourists. On every trip they see whales,” he said.

Melinda Rees, Heminway’s Watamu operations manager, said the migration occurs in East Africa from July to September, which is low season in Watamu. This helps the market and provides work for residents.

''We have had a fantastic response from the domestic market since we reopened at the end of June. Lots of people come from upcountry,” she said.

The twin migrations - of whales and wildebeests - are being packaged for the Kenyan market. 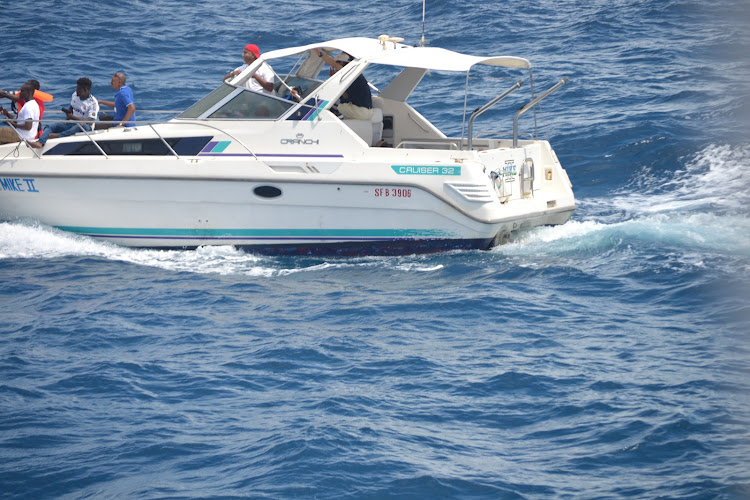